7 Insights for Brands in Multicultural America, According to Heineken, Wells Fargo, Anheuser-Busch, T-Mobile, and Minute Maid

Last week brand marketers in the Portada network explained how e-commerce will drive marketing transformation over the next 12 months. There is another critical growth driver for marketing success in the U.S.: marketing in multicultural America. Effective growth marketing in the United States makes it imperative for marketers to fully realize that America is a multicultural and diverse country.  Here you have seven marketing insights that will help you in this regard.

To understand Gen Z means to understand multicultural consumers. Generation Z, born around the mid-late 1990s, is projected to be the most diverse generation in U.S. history, as the first majority non-white generation, many of whom are multi-racial, according to Pew Research. The non-partisan think tank states that two-thirds of post-Millennials living in urban counties are racial or ethnic minorities, with a plurality (36%) being Hispanic. Among Millennials, 59% who live in cities are racial or ethnic minorities.  Brand marketers have noticed: “We are laser-focused on the 21-34 years old demographic, emphasizing the 21-29; the Gen Z market. This generation is glued to their phones,” Belen Pamukoff, Brand Director Tecate and Tecate Light at Heineken USA, tells Portada.

2. … and They Consume CTV and AVOD

Connected T.V. is the main media channel for Gen Z.  70% of Gen Z watches T.V. and consumes media content through game consoles and multimedia devices like Apple T.V.s and Roku. Marketers know; Alexander Monroy, Sr. Brand Director | Estrella Jalisco & Challenger Brands, Anheuser-Busch says that  “everything in streaming is exploding. Anything you are doing in streaming and CTV must way over-index your linear T.V. buy.”  Heineken USA’s Pamukoff adds that her GenZ targeted new Tecate Alta brand uses mostly CTV: “We do CTV, which is where young people are.”

With the growth of AVOD (Advertising Video on Demand) plays e.g. Netflix launching its lower priced ad-supported plan, marketers have many options to reach GenZ consumers. 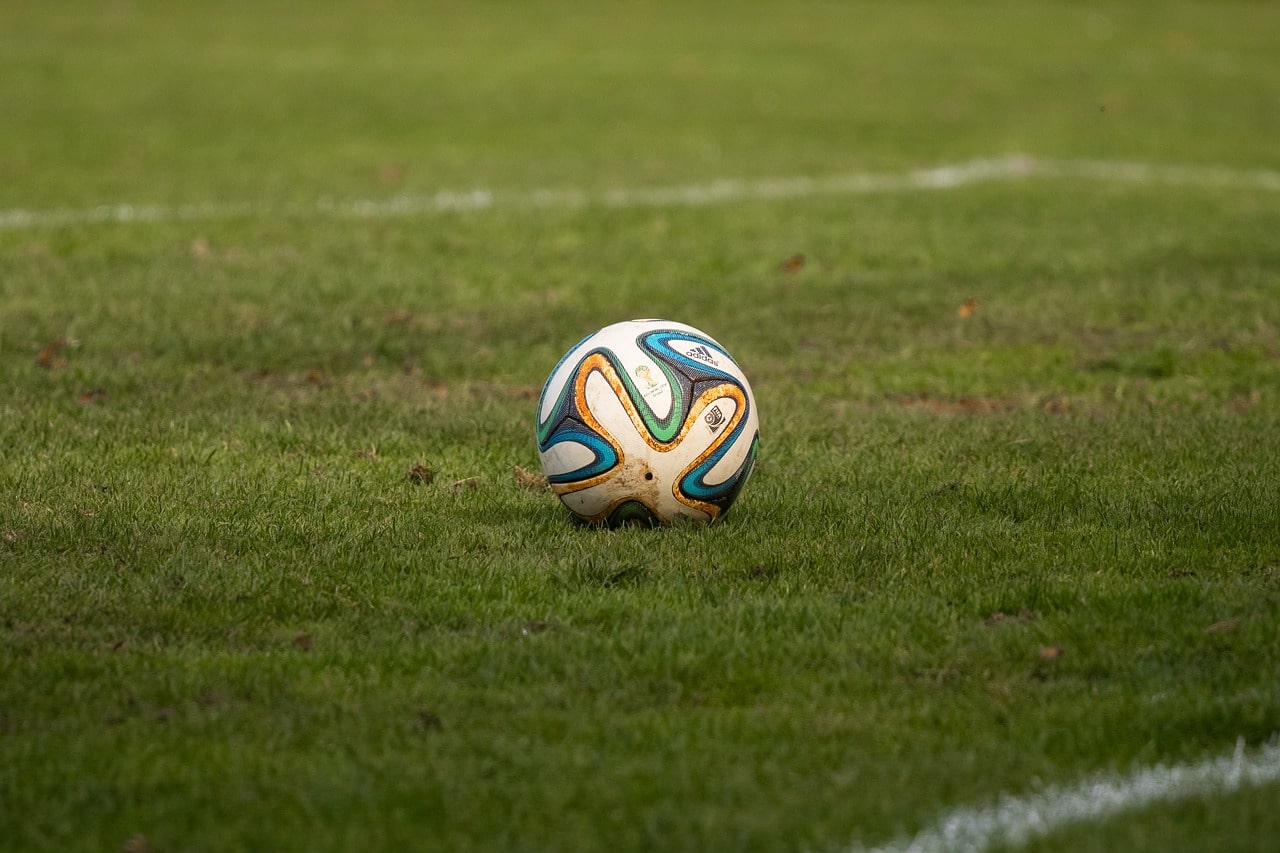 The just finished 2022 Soccer World Cup in Qatar had many challenges from a brand marketing perspective, with the majority of World Cup games played at times when Americans sleep, work or were at school, yet the World Cup attracted massive audiences and validated the immense draw of live sports on traditional T.V.
According to Nielsen, almost 26 million people watched the 2022 World Cup Final on US TV and streaming. The Argentina-France final is the second most-watched men’s World Cup final in U.S. television and streaming history. In total, 25.783 million watched one of the best World Cup finals across FOX, Telemundo, Peacock and other streaming services. The viewing record is likely to be smashed in 2026 when the World Cup will be played in the United States, Mexico, and Canada, and the viewing times will be far more convenient for residents in the United States.
With the 2026 Soccer World Cup taking place in the USA, Canada, and Mexico and the love for soccer of multicultural audiences, particularly U.S. Hispanics, marketers need to make substantial room for live sports, especially soccer, in their media and experiential marketing activations. At a recent Portada Live event, Anheuser-Busch’s Alexander Monroy, noted that the answer to the question of where people are consuming the most beer, informs his marketing strategy.  In this regard, “beer and sports go well together”, Monroy said. “We are focused on the West Coast through a partnership with the MLB’s L.A. Dodgers (“Los Dodgers”). As well as with former Mexican MLB player Fernando Valenzuela.” Soccer is another essential sport, particularly when it comes to engaging the Hispanic population. Anheuser-Busch had a substantial involvement and investment in the 2022 Qatar Soccer World Cup. Estrella Jalisco specifically sponsored Mexican National Team World Cup Soccer Watch Parties in Los Angeles, Phoenix, and Dallas.

PORTADA’S MARKETING IN MULTICULTURAL AMERICA SUMMIT
On May 23, Portada will be holding the Marketing in Multicultural America Summit where we will be unveiling our “20th anniversary Insights Report: Marketing in Multicultural America”. The exhaustive report will include the aggregated results of a survey with responses from hundreds of brand marketers about growth drivers and obstacles to growth, consumer marketing insights, and much more.

4.  Marketing Insights: DEI has become a force to be reckoned with in Marketing

Non-existent only a few years ago,DE&I initiatives in Corporate America are clearly on the rise. Corporate stakeholders (employees, consumers, suppliers, and shareholders) are asking corporations for succesfull DE&I practices.

Successful DE&I also involves marketing and advertising expenditures supporting minority owned (e.g. women-owned, Hispanic, African-American, LGBT etc.) media properties. Major corporations and media agencies have set up targets of, depending on the company and sector, between 1% and 5% of the overall media budget to be spent in minority-owned properties. With many corporations’ advertising budgets in the billions, this adds up to very substantial amounts.

With the growing importance of DEI, there has been a confusion between multicultural marketing and DEI efforts. There is a whole team that does DEI and my marketing team. We certainly collaborate but our team has different objectives separate from DEI.”

5. Brand Support for Truth-based reporting Methodologies is More Important than Ever

The ascent of the DE&I perspective in marketing is related to consumers’ demand for an increase in purpose in marketing. Independent, truth-seeking professional journalists apply to report methodologies and a code of ethics that makes them accountable and transparent.  Truth seeking journalism must be a value that unites America and strengthens democratic values and discerning, diverse and tolerant citizenship. However, the cost of professional content and news production and distribution is very high, making the running of a profitably operated property a very challenging proposition, but for very few companies (e.g. The New York Times and The Washington Post) as tech powerhouses Google, Facebook and Twitter command more than 80% of the digital ad market.
That is why consumers should demand their brands for accountable advertising investment beyond DE&I.
In this regard, brands should play a critical role by supporting media properties that practice journalistic methodologies that foster truth-based reporting. In the era of social media’s harmful role of spreading fake news, brands need to increase their investment in media properties that practice truth-based reporting.

Check out how a U.S. Hispanic media property is combating disinformation in the run-up to the general election in 2024 as they believe that news media in Spanish is essential to maintaining  a strong democracy in the United States.

But when it comes to satisfying emerging majorities, there may be growth beyond beer. Anheuser-Busch, like other beer giants, has expanded into the spirits category and is running tests targeting the Hispanic consumer to tap into potential growth opportunities. “There is a world beyond beer where Hispanics have traditionally been under-indexing, but that is changing. We are running several pilots in beyond beer-related products like cocktails. We also have a company in the spiritual space that is based in California, and we are trying to understand what Hispanics like of it,” Anheuser-Busch’s Lever says.

A no less than U.S. $2 billion opportunity is what Coca-Cola’s Minute Maid sees in the high growing permissible refreshment (Aguas Frescas) category. Minute Maid, the largest marketer in the world of fruit juices, bets on the Hispanic population in the U.S. as its vital growth pillar, says Jorge Luzio, Group Director, Minute Maid Juice Portfolio, North America. Nine months ago it expanded its Minute Maid brand portfolio with the launch of Aguas Frescas. Minute Maid invests 80% of its overall 2022 marketing budget in Aguas Frescas’ marketing. Last year’s “5 de mayo” Times Square (NYC) out-of-home activation marked the launch of the multimedia campaign. The overall campaign will reach 1.5 billion impressions through social media, OTT, and CTV through a digital plan. Luzio tells Portada that their research has found his main GenZ target to be entirely digitally engaged. While he mainly targets the Hispanic demographic, “the message is very compelling to the rest of the population,” Luzio asserts.

7. Segment Marketing: Perseverance Will Continue to be Key

Perseverance is a critical attribute for marketers in multicultural America brand marketers. Even more so when it comes to segment marketing, says Diego Osuna, Sr Manager, Integrated Marketing Strategy at T-Mobile. “Segment marketers are the marathoners of the marketing world. As a segment marketer, you need to overdevelop specific marketing muscles, like studying/researching and persistence,” Osuna maintains.

Segment marketers are the marathoners of the marketing world.