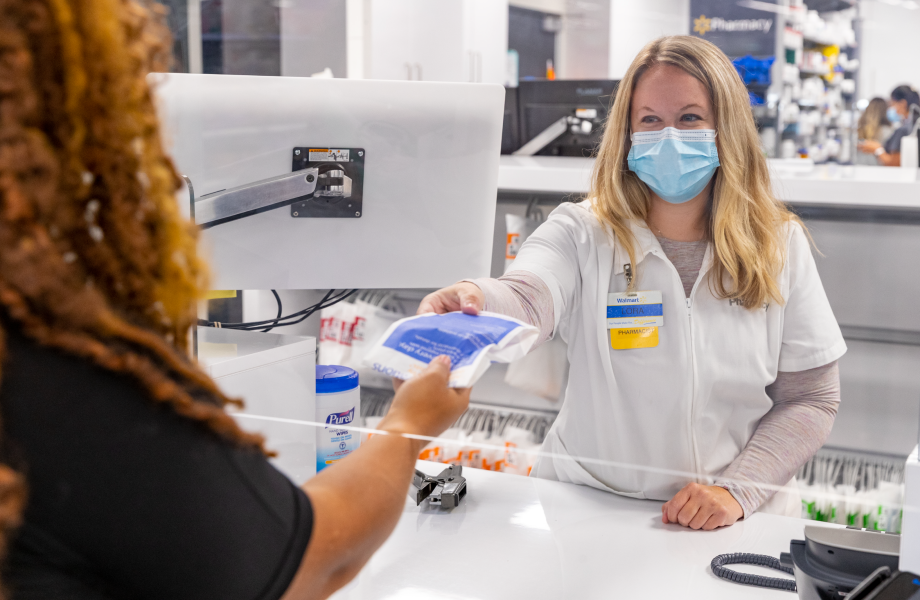 Walmart announced the launch of the first-ever private brand analog insulin, which will revolutionize the access and affordability to diabetes care by offering customers significant price savings without compromising quality. Available exclusively through Walmart’s private ReliOn brand, the new offering includes analog insulin vials (US$72.88) and FlexPen® (US$85.88). These products will save customers1 between 58% to 75% off the cash price of branded analog insulin products, which translates to a savings of up to US $101 per branded vial or US $251 per package of branded FlexPens®.The new private label ReliOn™ NovoLog® Insulin (insulin aspart) injection, manufactured by Novo Nordisk, is available in Walmart pharmacies this week, and Sam’s Club pharmacies in mid-July across the United States. ReliOn™ NovoLog® is a rapid-acting insulin analog used to control high blood sugar in adults and children with diabetes. The ReliOn NovoLog® analog insulin offering adds to Walmart’s history of introducing innovative solutions that increase access to quality, affordable health care resources, including the industry-leading US$4 generic prescription program launched more than a decade ago. 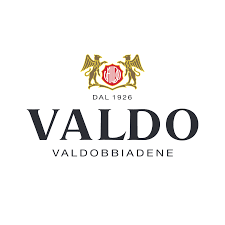 Valdo has announced that Colangelo & Partners, a fine wine, spirits, and food-focused integrated communications agency, will be its agency of record to develop and execute a comprehensive communications strategy targeted to key media, trade and consumer stakeholders. The partnership will engage new and current consumers through strategic media relations and events. The campaign will grow and leverage Valdo’s brand awareness in the US market that continues to present new opportunities.Valdo is one of the most historic and leading Prosecco producers, starting as the Societa Anonima Vini Superiori in the 1920s and later purchased by the Bolla Family in the 1940s. While Valdo is known for its Prosecco DOC, the Marca Oro line, and its Valdobbiadene Prosecco DOCG Cuvée 1926, created to honor the founding year of the winery, the company also produces a range of sparkling wines, including the Valdo Numero 1 and Floral Rosé, a mix of Glera and Nerello Mascalese.Pierluigi Bolla, the current Chairman, has been focusing on expanding sales both in Italy and abroad, setting new commercial and production targets to increase awareness of Valdo wine throughout the world. 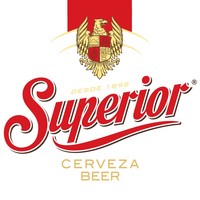 Just in time to celebrate the hot days of summer, its 125th anniversary and the 4th of  July, Cerveza Superior, the legendary Mexican beer, launches in the United States with its new Bellita presentation.  Bellita, which in English means “little beauty,” debuts in its unique, charming packaging, promising to become “the Bellita that everyone prefers.” The iconic lager-style beer, fresh and robust, arrives to satisfy individual consumption while delivering a true taste of tradition. Bellita, in its new, disruptive format keeps beer cold, perfect for spending these days outdoors.  Bellita’s amber color is attractive. Bellita represents the evolution of the brand with a fresh interpretation for today’s beer lovers. The popular beer is crafted in Orizaba, Veracruz; Guadalajara, Jalisco and Tecate, Baja California, Mexico. It is now available in select markets, in 6-pack bottles, 12-pack cans, and 24-ounce cans, in retail channels, including supermarket chains, stores, and restaurants. Currently found in several cities in the states of: Arizona, California, Colorado, Connecticut, Georgia, Massachusetts, Nevada, New Jersey, New Mexico, New York,  Oregon,  Pennsylvania, Rhode Island, and Tennessee. 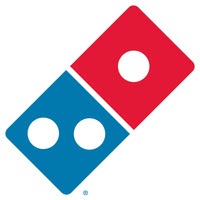 Domino’s and DraftKings said they’re teaming up to allow users of the gaming company’s daily fantasy sports (DFS) app to potentially profit from curbside pizza delivery. Domino’s and DraftKings have launched Domino’s Carside Delivery, 2-Minute Guarantee Over/Under Challenge as well, giving customers the chance to predict if Domino’s Carside Delivery nationwide will be quicker than two minutes, more or less than 80% of the time, for the chance to win a share of US $200,000,” according to a statement issued by the companies. The over/under contest, which, unlike a traditional sports bet, doesn’t require players to pony up cash upfront, is running from June 29 through July 12. 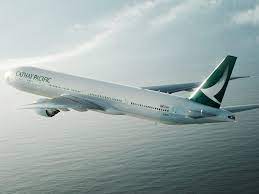 Cathay Pacific Airways, Hong Kong’s carrier airline, announced on Monday that it has launched a lifestyle brand to provide offers in hospitality and shopping as the airline seeks to tap new revenue streams amid a collapse in travel demand. The brand “Cathay” will allow users to purchase services and goods through the airline only in Hong Kong at first, which will be expanded globally later, the company said, adding that a credit card in conjunction would be launched soon. 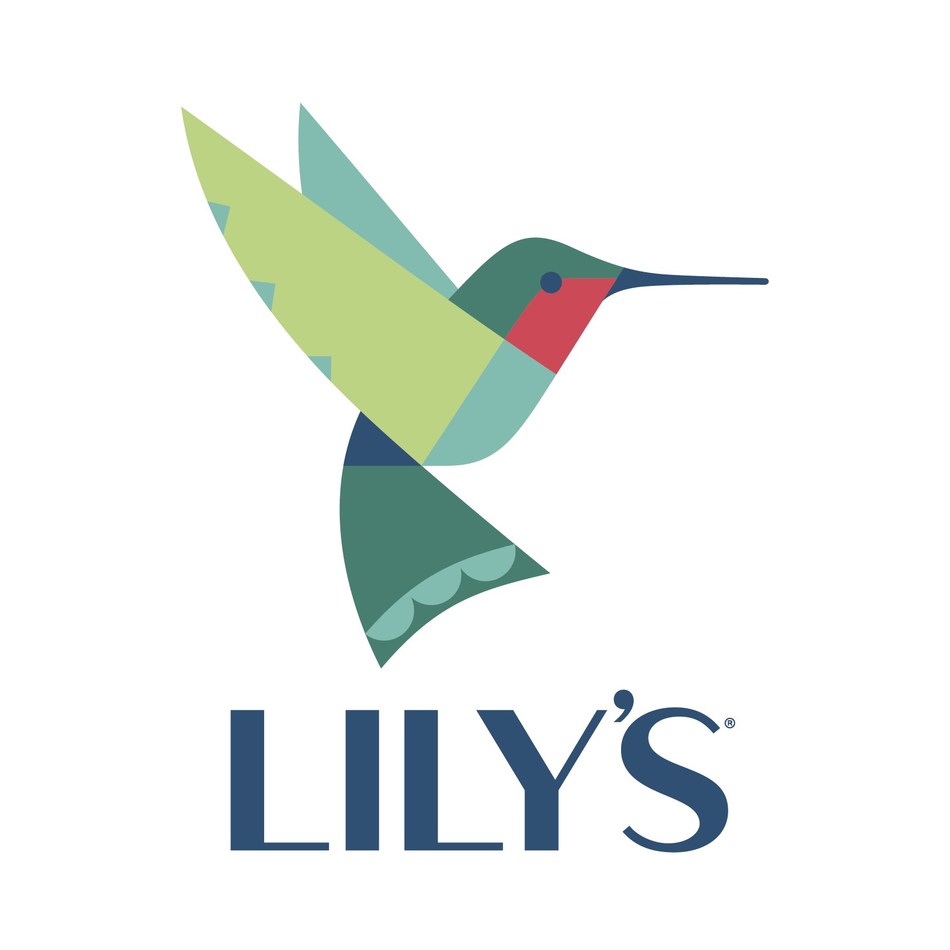 The Hershey Company announced the completion of its acquisition of Lily’s, the high-growth maker of low-sugar, better-for-you confectionery products, for a purchase price of US$425 million. Lily’s mission is to offer consumers a range of great tasting, low sugar treats. Launched with four chocolate-style bars nationally in Whole Foods Market, the expanded line of bars, baking chips and other confections can be found across the country at key retailers. 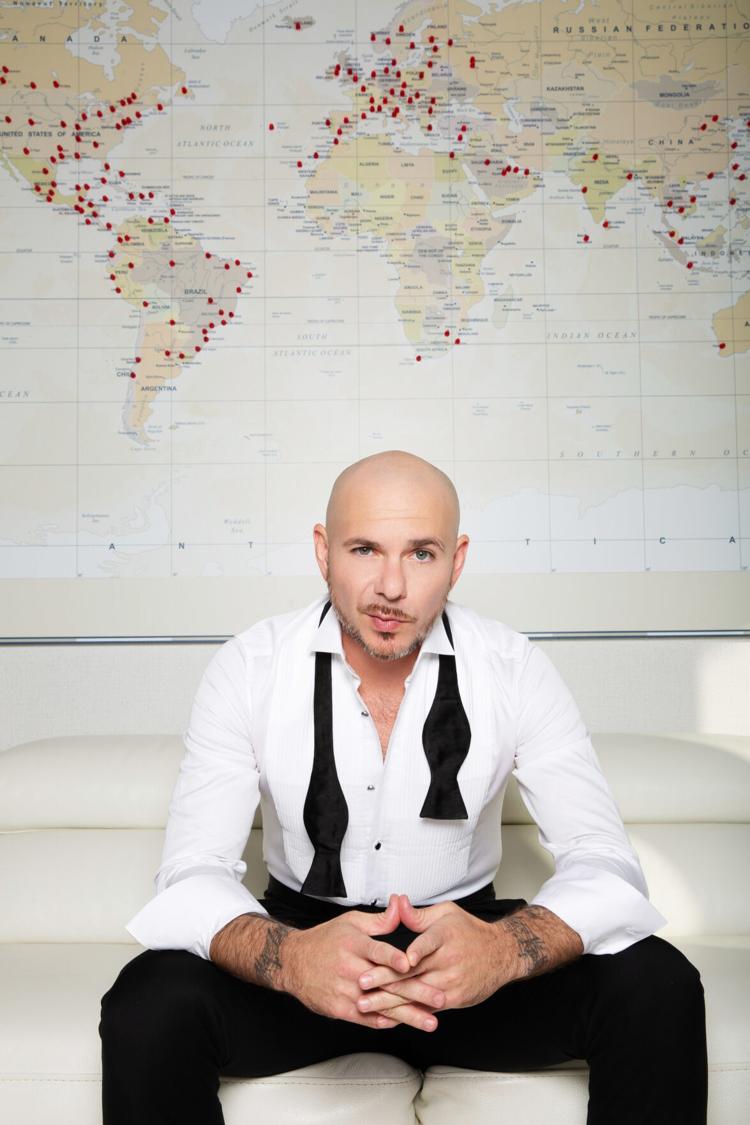 Echelon Fitness announces its partnership with GRAMMY®-winning independent international superstar, education advocate, business entrepreneur and motivational speaker, Pitbull. Also known as Mr. Worldwide, Pitbull is ready to ride as part of the official Echelon Fitness team.In addition to a financial investment in the company, Pitbull’s involvement will offer considerable new content and value for the Echelon Community members, globally. The partnership will include:Dedicated anthem song written to inspire members. The Echelon anthem will be released as a single on his new album, heard on his upcoming I Feel Good tour and through radio and TV Echelon spots.Special dedicated “Ride with Pitbull” content channel, including the music of Pitbull.Ability to ride with Pitbull himself along with some of his dancers including classes created and taught by his dancers, The Most Bad Ones.Exclusive, co-branded bike and merchandise centered around his Timeless album launch.Echelon’s engagement with Pitbull’s educational learning centers SLAM! by offering internships and college scholarships.The anchor channel will live within the Echelon Fit app (exclusive to members) featuring Pitbull’s brand, image and music. Echelon Fitness has been revolutionizing at-home connected fitness since debuting its first Connect Bike in 2017. Echelon Fitness offers a professional, studio quality fitness experience that clients can do on their time and in their own home. 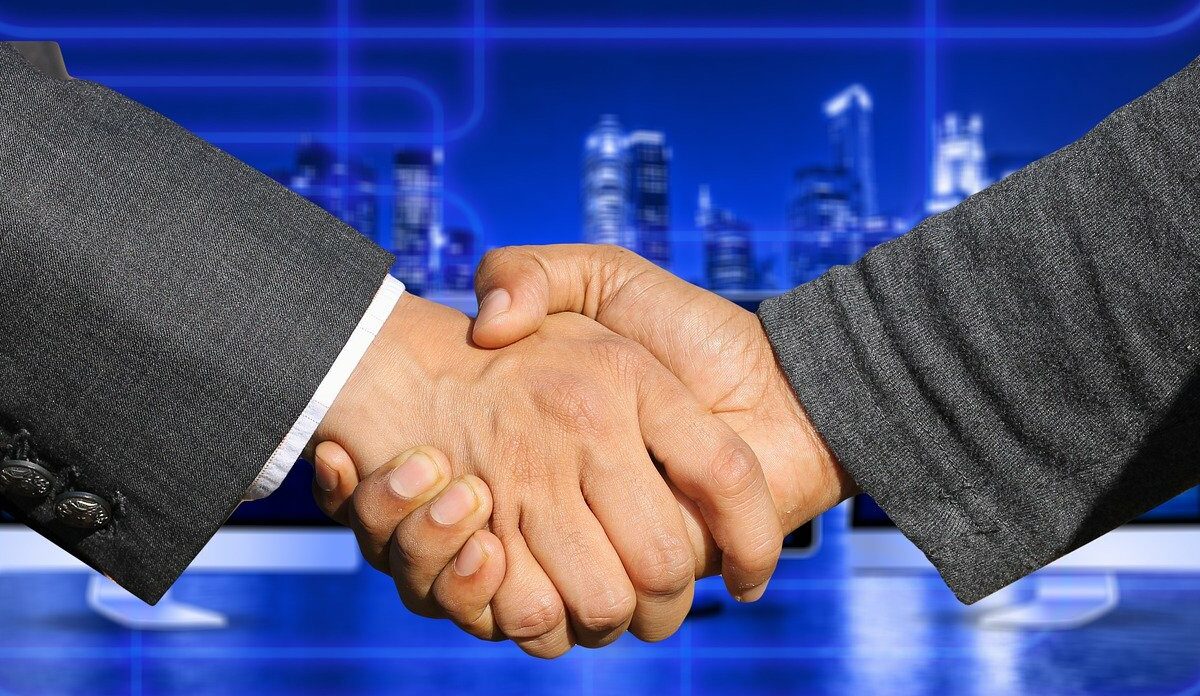 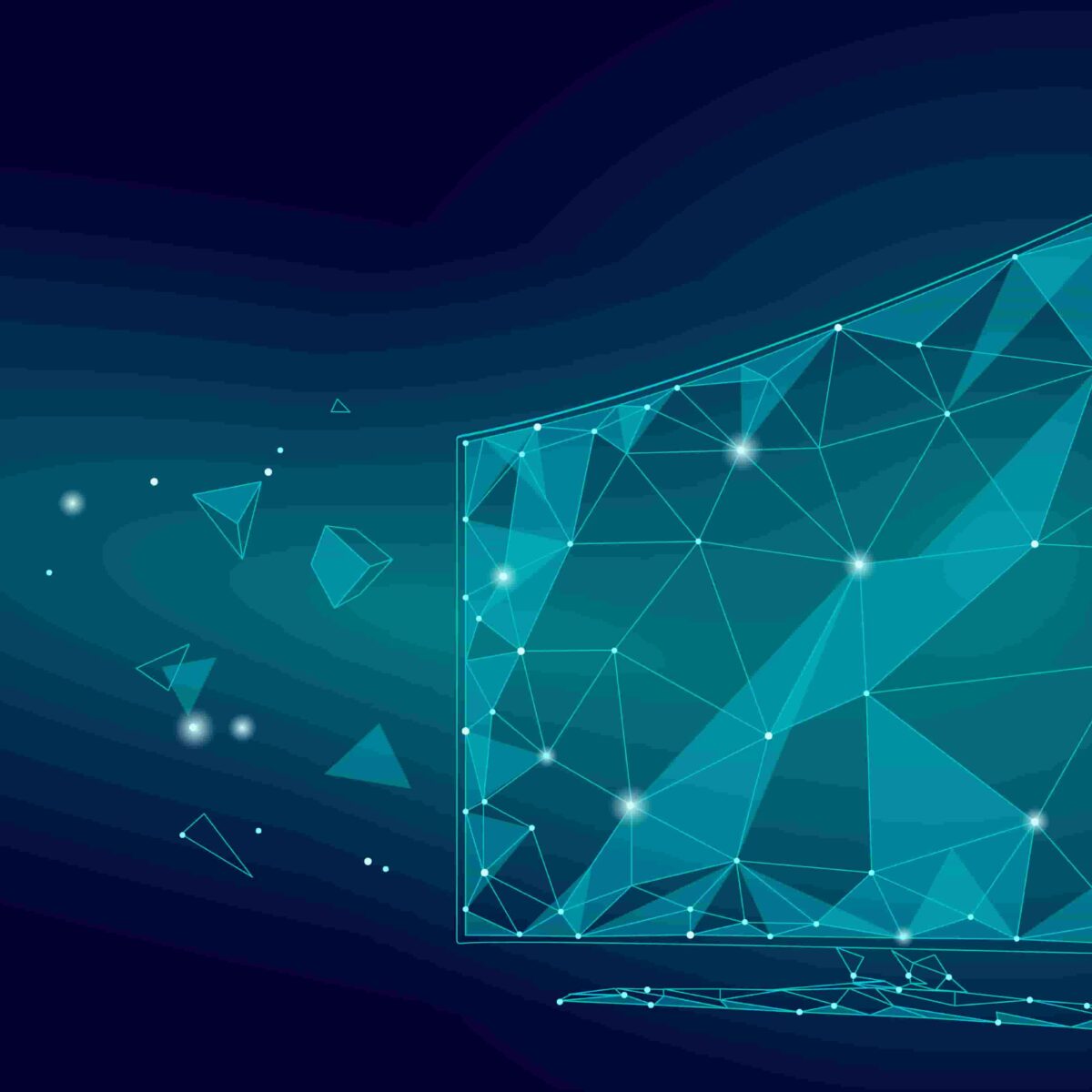 Starcom and Canela.TV on How Advertisers Can Best Exploit the Hispanic CTV Opportunity