SIXT, AFM, Hiunday… and other brands targeting the U.S. consumer right now. Check out our prior Sales Leads columns.

SIXT, a global mobility providers, announced the launch of its new integrated marketing campaign in the United States. Entitled “Rent-THE-Car,” the campaign leans into the premium experience and superior fleet SIXT offers its customers when compared to typical Rent-A-Car services. SIXT is known for its impressive airport and out-of-home campaigns at all the major travel hubs in Europe. For the first time in its almost 12-year history in the United States, the brand is now committing to a larger advertising spend and a much more comprehensive campaign as opposed to targeted programs in the past. With launching its advertising in the U.S., the company is challenging the “a” in the “Rent-A-Car” category by being the first “Rent-THE-Car” brand with its newest campaign of the same name. The campaign, created in partnership with GUT Miami, a full-service, independent ad agency, highlights how uninspiring car rental processes in general can be and that it can be found in the category name: Rent-A-Car. By creating the “Rent-THE-Car” campaign concept, GUT helped SIXT demonstrate how the brand is different: Exciting its customers with a premium rental experience and offering a large premium fleet.  In the coming months, the campaign will run across TV, digital, and out-of-home. The ads will exclusively feature BMW vehicles as one of the important OEM partners for SIXT.“The general rent a car experience in the U.S. is quite ordinary and not very exciting to the customer. The campaign is a great opportunity for SIXT to showcase how we are different, and it starts with renting THE car,” said Tom Kennedy, President of SIXT in the U.S. SIXT has expanded its market presence in the U.S. and is now located in 38 of the top 50 airport markets. The company plans to continue its expansion and bring its premium product and customer service to travelers throughout the country. 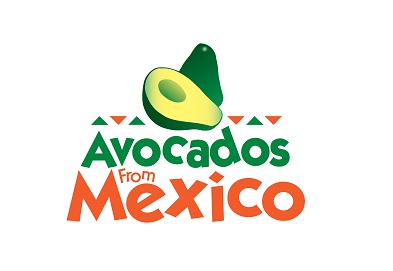 Avocados From Mexico, which started advertising in the Super Bowl in 2015,  will return to the Super Bowl, launching what will be its eighth appearance in the event. A new 30-second ad slated to appear in Fox’s February 12 broadcast of the Big Game from Glendale, Arizona, will highlight the good times that can result from making guacamole.  “The Big Game is very special to us as it celebrates the largest consumption period of avocados during the year,” Alvaro Luque, president of Avocados From Mexico told Variety. “The AFM brand is responsible for 95% of avocado sales during the Big Game weekend. It’s the perfect opportunity for sparking goodness. Avocados make everything better — they bring the good times and good flavor to gameday spreads, and that’s great for avocado enthusiasts and sports fans alike,” Luque added.

Hispanic moms are experts when it comes to motivating, challenging, and protecting their young ones. With this in mind, Hyundai Motor America and Lopez Negrete Communications launched a new campaign highlighting the power Latinas carry to keep their family on track while showcasing its Tucson SUV and its ability to help young transitional families accomplish it all. The “Coach Mom” campaign was developed to initiate conversations with the Latino/a audience about Tucson and its effective ability to transport Hispanic families by highlighting the vehicle’s spacious interior detail, intuitive technology, and safety. It was also a chance to go beyond the conversation of cars and to celebrate important moments with loved ones with a touch of levity. “Our inaugural campaign with Lopez Negrete opens dialogue with Hispanic segments to unite with life’s most memorable moments,” said Angela Zepeda, CMO, Hyundai Motor America. “Tucson’s gas, hybrid, and plug-in hybrid models offer Hispanic families, which skew younger, a journey like no other, both in their vehicle and within their life stage. The all-new creative allows the Hyundai brand to communicate Tucson features in a more genuine way.” The four-day production was shot in Los Angeles and directed by Latina director Isis Malpica. Her distinctive spin and ability to bring to life culturally-relevant insights for American Latinos are both seen and felt in the digital, television, and radio content. The shoot also encompassed an upcoming anthemic campaign for the brand scheduled to go to market next. The “Coach Mom” campaign will be in market through the end of December 2022.

An estimated 1.2 million visitors are traveling to Qatar for the month-long FIFA World Cup and this year they won’t be lonely. The Latino dating app Latiner releases a new feature “World Cup 2022 Dating” for soccer fans. This feature aims to help soccer fans meet and date other like-minded enthusiasts during World Cup 2022. Soccer fans can take full advantage of the event to meet new lovers. The new feature was inspired in part by a close friend of Latiner CEO, Ayeisemi Emilia. “A friend met her current husband during World Cup 2018,” said Emilia. “She went to a bar to watch a soccer game of her favorite team. When the team made a goal, she screamed and jumped. Another excited fan hugged her. That man became her husband. Her story inspired us to create our new feature “World Cup 2022 Dating.” The Latiner team conducted extensive research and discovered that dating app usage spiked during every World Cup. Those findings prompted the team to create the new feature. Latiner users that try the new feature will need to choose the teams they support. Up to five teams can be selected. Once teams have been chosen, individuals can search for other like-minded people based on their favorite teams. Another sizable dating app marketer in the Hispanis space is Match.com owned Chispa.

Circle K, a global leader in convenience and mobility, announced its first-ever U.S. nationwide advertising campaign, “Fueled by Circle K.” Taking place over the next year, the campaign focuses on Circle K fuel, which is now available in over half of its 7,000 U.S. locations. The campaign underscores Circle K’s mission to make customers’ lives a little easier every day, highlighting fuel they can trust as yet another way the brand serves the communities where it operates. The campaign will run primarily on digital streaming and social media channels, taking a customer-centric creative approach in the four-part ad series that showcases different customers, their fueling experiences and how Circle K has everything they need for their journey. Launched on Dec. 2, the first ad of the year-long campaign is holiday-themed, featuring actual Circle K employees alongside a variety of Circle K customer personalities, from delivery drivers to Santa’s helpers. The ad also features user-generated content from actual Circle K customers, and an original festive jingle to get customers in the holiday spirit. “With the continued growth of Circle K in the U.S. and the expansion of Circle K Fuel reaching close to 4,000 stores by mid-next year, now is the right time to introduce our first national fuel campaign,” explains Melissa Lessard, Head of North American Marketing. “As a major milestone for our brand, we want the ‘Fueled by Circle K’ campaign to celebrate our valued customers and show how they can trust the quality of Circle K fuel to support them on their journeys as well as enjoy so many customer favorites in store.