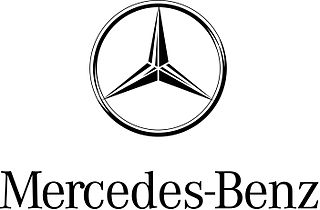 Mercedes-Benz USA, ESPN, The College Football Playoff, The Peach Bowl, Disney Advertising, and Merkley+Partners collaborated with fan experience company, The Famous Group, to develop an experience for fans during the College Football Playoff (CFP) Semifinal at the Chick-fil-A Peach Bowl on Dec. 31. As part of the luxury automaker’s broader investment in electric vehicle technology, the companies teamed up to create a mixed reality activation, leveraging cutting-edge technology to race four of the iconic brand’s electric vehicles around Mercedes-Benz Stadium for a spectacle, both on-air and on-site. This collaboration marks the first time that mixed reality technology has been used on a live broadcast during a college football game and is the latest in a string of innovations for the luxury mobility brand.
“We at Mercedes-Benz USA, with the support of strategic AOR Merkley+Partners, are leading the global evolution of electric luxury,” said Monique Harrison, Head of Marketing, Mercedes-Benz USA. “Reintroducing this iconic brand through authentic brand experiences to a new generation of consumer that previously had little or no affinity with the automotive industry. Collaborations with music, film and technology brands like Disney are part of our journey to become the world’s most desirable electric luxury brand.”
In the CFP Semifinal at the Chick-fil-A Peach Bowl, the exhibition took place right before kickoff of the second half of the game, directly following the Mercedes-Benz Halftime report. Featuring four different Mercedes-Benz electric vehicles, the 45-second segment pushed interaction with the physical environment further than before with the goal posts, field and iconic in-stadium Halo video board.

T-Mobile US, Inc.  will be the official wireless sponsor of Liga MX in the U.S. with carrier rights to activate under Metro by T-Mobile as the lead brand. This marks the first sponsor TelevisaUnivison has secured for Liga MX since announcing its partnership to exclusively bring the Mexican soccer league’s commercial rights to market in the U.S. last fall. The partnership kicked off on January 6 with the presenting position of TelevisaUnivison’s pre-game show “Futbol Central” and custom in-game enhancements during Torneo Clausura and will span the 300+ matches across the league’s various designations. Additionally, TMUS will also have significant positions around Festival de Campeones (Liga MX’s Championship Week) and on-site activation opportunities across the year through Liga MX viewing parties in select markets. “We’re thrilled to be the first official U.S. sponsor of Liga MX and help deliver hundreds of matches to the Hispanic community,” said Mike Belcher, SVP, Business Development and Partnerships at T-Mobile.

Pluto TV, a free streaming television service, premiered a new global brand campaign starring Drew Barrymore on her daily talk show, The Drew Barrymore Show.  To further amplify the new positioning, a new Stream Now. Pay Never. creative campaign was filmed starring Drew Barrymore. The spots will take flight in the US and Canada beginning December 16th across linear, CTV, out-of-home, digital, radio and social platforms. Tapping into the power of the Paramount Global ecosystem, the campaign will be promoted across the company’s marquee lineup of linear, streaming and digital properties. Following the debut, the campaign flight will continue through Q1 of 2023, with the global rollout launching in multiple markets including the United Kingdom, Germany, The Nordics and others.  Last October, Pluto TV first introduced a new tagline – Stream Now. Pay Never. – that was supported by a strategic campaign that ran across out-of-home, linear, social and digital platforms featuring popular IP including SpongeBob SquarePants, Star Trek: The Next Generation, CSI:Miami and others. The new tagline champions Pluto TV’s brand identity and positioning in a rapidly evolving streaming landscape where the category of FAST continues to see new entrants and increasing audiences worldwide. “We’re thrilled to introduce our new “Stream Now. Pay Never” campaign which perfectly encapsulates Pluto TV’s core value proposition to audiences everywhere,” said Tom Ryan, CEO of Paramount Streaming and Co-Founder of Pluto TV. “No one is better suited to represent the playful and spirited vibe of Pluto TV than Drew Barrymore. A global icon with enormous talent and heart to match, Drew captures the essence of Pluto TV with her wit and charm in this new campaign.” The creative campaign was developed by Paramount Streaming in partnership with Known and O Positive Films.

The Aspen Group named dentsu X US Media Agency for Aspen Dental and ClearChoice Brands. The agency will handle media planning and buying across channels, supporting full funnel brand and performance media strategies. “The key to growing our business for the Aspen Dental and ClearChoice brands at The Aspen Group is identifying quality patient leads. Dentsu X has the tools we need to uncover the best possible opportunities,” said Ash Eldifrawi, chief marketing and customer experience Officer at TAG – The Aspen Group. “Their performance marketing heritage combined with their expertise in providing unique audience insights is exactly what we are looking for to drive results on a day-to-day basis, and there is a clear value in their ability to provide media decisioning in real-time.” Dentsu X won the business in a competitive review and begins work immediately. The win follows other key US win in 2022,  including Heineken, Santander, and JCPenney, lblonline reports. 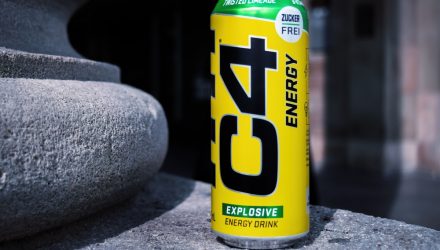 Keurig Dr Pepper Inc.  and Nutrabolt announced a strategic partnership, including a definitive agreement for a long-term sales and distribution arrangement that leverages KDP’s go-to-market capabilities and a significant equity investment that enables KDP to participate in the value creation upside expected to be created through the strategic partnership.  The equity investment is expected to close by year-end.  Nutrabolt is a global active health and wellness company with a portfolio of brands, including C4® Energy, one of the fastest-growing performance energy drink brands in the U.S.; C4® Pre-Workout, the leading pre-workout brand globally; and XTEND®, the #1 post-workout recovery brand in the U.S.  Under the long-term sales and distribution agreement, KDP will sell and distribute C4® Energy in the vast majority of KDP’s company-owned direct store distribution territories, which is expected to meaningfully increase retail availability and household penetration for the brand.  Nutrabolt will continue to distribute C4® Energy directly or through its existing distribution network to the specialty, health club and fitness channels and will continue to work with some of its existing beverage distributors in certain markets. KDP will make a cash investment in Nutrabolt of $863 million, or approximately $740 million net of anticipated cash tax benefits, in exchange for preferred equity with a 5% annual coupon paid in cash or in-kind.  The investment provides KDP with an ownership stake of approximately 30%, making KDP the largest investor in Nutrabolt behind its Founder, Chairman and CEO, Doss Cunningham. The transition of C4® Energy distribution to KDP will occur during 2023, which is expected to be a transition and investment year, with limited impact on KDP financial results until 2024, when KDP expects the strategic partnership to become accretive to its financial results.

L’Oréal USA has selected Omnicom Group as its new agency of record for all media buying in the United States starting April 2023, Global Cosmetic News reports.  Omnicom will take over from GroupM’s Wavemaker in April 2023, with Wavemaker still handling the majority of L’Oréal business outside of the U.S. L’Oréal said of the appointment: “After recently completing a strategic assessment of the media agency landscape, we are grateful to GroupM for their partnership, dedication and exceptional service to our business over the last seven years and we look forward to building a strong partnership with Omnicom Group.”

Taco Bell is spinning up new varieties of its popular Mexican Pizza. The chain revealed that it’s testing two new types of the menu item, which came back in May 2022 following a two-year absence because of pandemic-induced menu changes. For the unfamiliar, the Mexican Pizza consists of a flat, crispy tortilla covered with pizza sauce and either beans or ground beef. It’s topped with another tortilla that’s smothered with more sauce, a blend of cheeses and chopped tomatoes.