Angel City Football Club announced that BMO has joined the ACFC family as a Founding Partner. The announcement coincides with BMO announcing it secured the naming rights to Angel City’s home stadium now called BMO Stadium. Angel City will kick off its season at BMO Stadium in downtown Los Angeles in late March 2023. The partnership represents the bank’s commitments to equity in sport and helping to grow the game in North America, reinforcing BMO as The Bank of Soccer. It also complements the U.S. expansion pillar of BMO’s North American growth strategy, where BMO currently serves clients through over 500 branches, has access to 42,000 ATMs, more than 5,000 employees, and digital banking services in all 50 U.S. states. As The Bank of Soccer, BMO partners with MLS teams including LAFC, Toronto FC, CF Montréal, and Vancouver Whitecaps FC. BMO recently partnered with Toronto FC to launch the Women in Soccer Fellowship, a first-of-its-kind in Canada initiative providing women unique on-the-job experience in coaching, scouting, player development, team services and medical, creating a direct pathway to increase the number of women in sport. “Inspired by our Purpose, to Boldly Grow the Good in business and life, and driven by a commitment to progress and advancing gender equity in soccer, this partnership unifies BMO and ACFC in a common goal,” said Cameron Fowler, Chief Strategy and Operations Officer, BMO.

Separately, BMO announced that it has received all regulatory approvals required to complete its acquisition of San Francisco-based Bank of the West from BNP Paribas. BMO anticipates the acquisition will close on February 1, 2023. Upon closing, BMO will welcome the nearly 1.8 million commercial, retail, wealth management, and business banking customers and provide increased convenience with access to over 1,000 U.S. branches in 32 states and nationwide fee-free access to over 42,000 ATMs. BMO also looks forward to over 9,300 Bank of the West employees joining the BMO family.

Hyundai Communications introduced its first bilingual campaign focused on the  first bilingual campaign focused on “The Miles that Unite Us”. The campaign, aimed at both General Market and Hispanic audiences, consists of both English and Spanish :15, :30, and :60 TV commercials, :30 radio spots and streaming audio, and digital assets that will be shared nationally through the end of 2023. ‘The Miles that Unites Us’ was inclusive from the start and developed as a dual-language campaign for both the General and Hispanic markets. “The context of the campaign has a strong emotional connection and cultural relevance that resonates with diverse audiences,” Erik Thomas, Director of Experiential Marketing at Hyundai, tells Portada. The English version, also developed by López Negrete Communications, incorporates culturally significant elements into general market creative for a more inclusive environment, which can be appealing to a general market audience.
According to Thomas, “Hyundai worked in close collaboration with all our agency partners including INNOCEAN, Culture Brands and LNC, as well as work with Canvas Worldwide to service the brand’s account. This long-standing relationship enables longevity and allows close collaboration between creative and media.” “At this time, Hyundai’s new bilingual anthemic brand campaign will focus on General market and U.S. Hispanic market broadcast and digital streaming platforms,” Thomas added. Read our interwiew with Thomas, where he also provides the rational for a bilingual campaign. 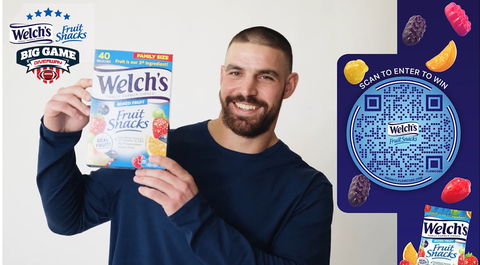 PIM Brands, Inc. makers of Welch’s® Fruit Snacks, and Flowcode, a marketing service provider who builds direct connections for brands and consumers, have partnered for the very first time, to launch an omnichannel media campaign just in time for the Big Game. The interactive digital campaign features an ad spot and sweepstakes, The Welch’s® Fruit Snacks Big Game Giveaway both featuring Mark Andrews, a professional football player and long-time Welch’s® Fruit Snacks fan. The launch marks PIM Brand’s first time leveraging QR code technology in an advertising campaign, giving consumers a seamless and engaging experience through Flowcode’s TV-optimized QR code and first-party data platform. The ad spot is running now through the end of January on both CTV (YouTube & Hulu) & linear platforms (CNBC & ESPN) in addition to social media channels. Within the spot, consumers will see a QR code appear on the screen that can be scanned directly on their smartphones to enter the The Welch’s® Fruit Snacks Big Game Giveaway for a chance to win everything needed to throw a party for the Big Game next month. “PIM Brands is leading the way in leveraging the latest in technology to have a two-way connection with consumers. We are excited to engage with our customers in an entirely new way through this seamless experience in partnership with Flowcode,” said Josh Shapiro, CMO, PIM Brands, Inc., makers of Welch’s Fruit Snacks.

At this exclusive event on April 13, 2022 Brand Decision Makers and Marketing Service Suppliers will share and accelerate knowledge on key topics including multicultural marketing, e-commerce marketing, and leveraging marketing technologies. To find out about networking solutions at Portada Live involving a myriad of brand decision-makers, please contact Sales Coordinator Michelle Lopez at michelle@portada-online.com. 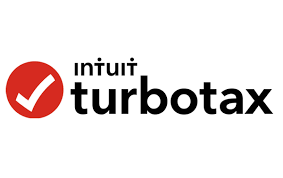 TurboTax launched the new fully Spanish-language TurboTax Live Full Service en Español experience, for tax preparation of Latino taxpayers this season. TurboTax Live Full Service in Español, taxpayers can now meet with a bilingual tax expert and in just one session have their taxes prepared, signed, and filed for them. Users simply upload their documents, get matched to a Tax Expert based on their specific tax situation and language preference, and their expert will do the rest. TurboTax Live Full Service features: A Personal Welcome Call to Get Started, Full Hand Off and Taxes Done in One Session as well as specialized Self-Employed, Investor, and Small Business Tax Experts.

TerraScale Inc. a green technology and infrastructure development company, announced that Marketing Maven, an integrated marketing and public relations firm, has been retained as the agency of record for TerraScale after winning a competitive RFP. TerraScale selected Marketing Maven due to its proven, measurable approach to marketing, global capabilities, and the experience of its leadership team. The agency is responsible for global market research, branding, public relations, social media marketing, thought leadership and development of strategic partnerships for TerraScale. “Marketing Maven impressed us from the beginning. They rose to the top of our list due to their strong capabilities in terms of breadth of industry experience, strategic implementation capabilities, industry relationships and overall responsiveness,” Soheila Yalpani, chief operating officer and co-founder of TerraScale said.

F45 Training Holdings Inc. announced its first-ever brand campaign titled “No One Trains Alone,” which invites everyone to join the F45 Training community and reach their 2023 fitness goals together through its approachable, functional, team-focused workouts. The first digital advertising spot in the year-long campaign went live on January 19, the day New Year’s resolutions are most likely to be abandoned. The initial spot features user generated content with real members getting real results that was sourced via social media, with the goal of illustrating F45 Training’s inclusive team culture. The spot celebrates F45 Training’s unique community-led approach that helps members get results together and brings the brand’s “Team Training, Life Changing” motto to life. “We came up with ‘No One Trains Alone’ with the belief that when we train together, we motivate and hold each other accountable, and while your fitness journey is personal, we need one another to succeed,” said Brian Killingsworth, Chief Marketing Officer of F45 Training. “