Los Angeles rapper Murs just broke the world record for the longest rap marathon after rapping for more than 24 hours straight. From a marketing perspective it is interesting that the endurance test was  sponsored by Boost Mobile, a wireless service that mostly targets African-American and U.S. Hispanic consumers. We talked with Juan Chouza, ‎Associate Media Director at Mediavest | Spark (Boost Mobile’s media agency). 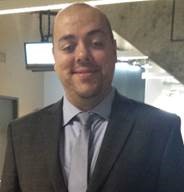 African and Hispanic audiences  love rap music. This did not go unnoticed for the brand marketers at Boost Mobile as well as the wireless provider’s media buying agency Mediavest | Spark. Juan Chouza,  ‎Associate Media Director at Mediavest | Spark in New York City (photo) tells Portada that Boost Mobile targets the African-American and Hispanic audiences and is able to connect with them through their passion point of music, hip hop and reggaeton. Chouza is excited about Murs’ new record: “In just over 24 hours, Murs rapped  his way through just about every mid-1980s and 1990s rapped classic in the book, showcasing an impressive mix of endurance and stylistic malleability in the process. Throughout the marathon, the inexhaustible Murs effortlessly mimicked legendary rappers as he performed timeless songs without missing a beat. ” Murs was watched by more than 4,000 fans on XXLMag.com, the hip hop and rap website that  live-streamed the rap marathon, during the last 5 hours of his 24 hour performance from October 12 to October 13 last week.Other social media properties that were activated included Boost Mobile’s Facebook page, Boost Mobile’s Twitter handle, Murs Social page, and XXLmag.com social posts from fans.

This was a way to communicate to people that Boost Mobile offers unlimited music streaming.

Bringing Music to Life Through a Media Plan

“We bring music to life in every facet of the media plan to reach these consumers. For example, Boost Mobile is a major sponsor of the iHeart Concert series coming up in the fall for New York, Los Angeles and Chicago — additionally Boost Mobile will also offer fans a special private concert with J Balvin in NYC on October 26th.
Earlier this year Boost Mobile sponsored the “Where You At? LA” concert series, and the 5 shows were live-streamed on Facebook and hosted by Murs. This was the final show. XXLmag.com was one of the main partners that amplified the campaign. “It was also a way to communicate to people that Boost Mobile offers unlimited music streaming, alongside other music streaming services — including Slacker Radio which sponsored the Rap Marathon with Boost Mobile,” Chouza claims.

Boost mobile used XXLmag.com to target hardcore hip-hop fans that would be interested in Murs, his shows and the rap marathon. “Some of the tactics we implemented were homepage takeovers, mobile takeovers, live-streaming on XXL’s homepage, editorial and social posts.
Offline, we used a few billboards in Los Angeles to promote Mur’s show; as well as, the rap marathon,” Chouza adds.

Boost Your Voice and Cast your Ballot

During his 24 hour-long  performance rapper Murs wore a t-shirt with the word “Voter” on it.  “The Voter t-shirt is part of Boost Mobile’s “Boost Your Voice” campaign, which encourages low-income and minority Americans to cast their ballots this election season,” says Chouza. In fact, nationwide, Boost Mobile has offered its stores as polling stations on election day. “So far, election boards have approved polling stations at stores in San Diego, Orange, and Riverside; as well as, Chicago. The stores that will become polling stations on Nov. 8th are in multi-cultural neighborhoods with Hispanic residents making up 30-60+% of each city’s population.