Accenture has appointed Leonardo Framil geographic unit managing director for Latin America and country managing director for Accenture in Brazil, effective Jan. 1. He succeeds Roger Ingold, who served in both positions since 2004. Mr. Framil most recently served as Senior Managing Director and Financial Services Lead for Brazil and Latin America at Accenture. In his new role, he has primary responsibility for supporting and developing Accenture’s business and operations in Brazil and across Latin America.

Morgan Lewis has promoted corporate transactional lawyers Humberto Padilla Gonzalez and Felipe Alice to partner, broadening the services the firm provides to clients with interests in Latin America. Both lawyers are resident in the firm’s Houston office.The new partners are part of Morgan Lewis’s Latin America group, which focuses on in-country transactions in Mexico and Central and South America.

Furthermore, in addition to being admitted to practice in the United States, Mr. Padilla, who has been with the firm since 2008, is licensed in Mexico.

Mr. Alice, a Morgan Lewis lawyer since 2011, is licensed in Brazil and qualified as a solicitor under English law.

W + K San Pablo has appointed Alexandre Ugadin media director of the agency, according to Adlatina. Ugadin worked for FCB Brazil for the last 7 years, where he served as VP of media. Ugadin began his career in Globosat and worked for various agencies such as Talent, Y&R, Dentsu and Africa. He is currently director of communications at  Grupo de Medios San Pablo. 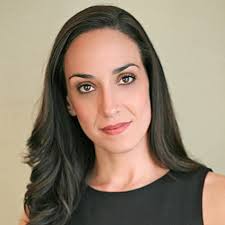 Three Indicators that Show Why Yahoo! Mexico and Argentina Had to Shut Down