The advantage of Open English is that the product has a real and huge “appeal”, says Open English CMO Mario Cordón. How was this “appeal” built?

The various advertising campaigns in different media platforms that have been running in Latin America and in the  U.S. Hispanic market are based on “a little mocking” type of humor, in Cordon’s words. All ads were produced in-house based on the strategy of reaching each and every single  person who would like to learn English. “We do not seek a particular segment, all demographics in Latin America recognize the value of learning another language such as English, either from a doctor, a student, an artist …, ” says Cordón. 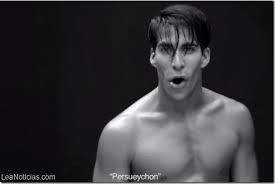 Cordón himself mostly writes ads, as he did with the last ones “Spaghetti Western” and “Persueychon“. As for a campaigns’ creativity, he assures that the construction of dynamic stories and characters has worked out really well ” Characters already have names. The most famous  are called “Wachu ” and Open English “el calvito ” is Andrés Moreno, who is actually the founder of the company. There is a very fun dynamic there, because Andrés dominates perfect English and Wachu is not aware that his English is not very good. We were very lucky to have a great actor like Adrian Lara, who interprets “Wachu” in such a hilarious way.”

Portada: So, how would you define the strategy that is being implemented to reach this large audience?

Mario Cordón: “Our strategy is mostly based on asking ourselves more questions like: What will be the best way, in the sense of a  more scalable way to reach the entire region?, but we also try to always focus from a marketing’s point of view on the “performance” aspect. There’s a lot of controversy around the performance-branding debate, but as we see it any of them are totally exclusive.

The strategy has three points:

In both“Spaghetti Western” and “Persueychon” campaigns, the media mix was based on TV and digital channels. “The big advantage we had is that our social media is really strong. Social Media is also something we do in-house. We have two pages on Facebook: one for Open English and another one for Andrés Moreno. ”

“Our social network accounts have around 3 million fans,” says  Cordón. “So it’s very pleasant to market in an environment with so many fans that are so responsive to the brand. It is very funny to do marketing for us.”

Portada: How would you define the percentage of investment in each medium?

Mario Cordón: “We do not ask ourselves that question in that way. We do not decide in advance what percentage is going to be TV, what percentage is online. But, we have internally developed econometric models that tell us how much we have to invest. Especially in the mass media outline… . Besides, it’s not the same for us to advertise in January than to do it in September. Then, the percentage suddenly changes. It’s very dynamic. ”

Portada: Do you do programmatic buying in digital media?

Mario Cordón: “No. In digital media, we have direct purchases with specific publishers.We also advertise on Google Display and Facebook.”

“Being able to measure productivity becomes very difficult because you set the guidelines but then the audience that follows you will response through phones, websites, everywhere. Then conversions are impossible to measure. That is why we prefer attribution by indirect methods. The best way to describe it is that we like to see the correlation between investment and numbers of students that have signed up, “says Cordón.

To Cordón, the key point is the interaction between the media: ” you invest more on TV and your pay search evolution goes up, then we know that there is an interaction and that we need to quantify it. We see other things as well, such as despite investing more money in online we notice that the index is scarcely up to what we attributed to TV. Then there is another interaction and the only way we have to measure it is with a continuous and consistent effort. ”

[quote] measuring the interaction between TV and digital media is a continuous and consistent effort. [/quote]

“Video is critical for us, because people like our characters so much that they love to watch them all the time,” says Cordón. “We plan two types of videos: for engagement and response. And, how to deal with that tension? Testing, testing and more testing. It’s Amazing how sometimes you have a hypothesis, you do a test and it’s totally the opposite. One swears for example that a particular landing page will be the best, and then it is not. Or the other way round. It is a whole process of becoming a little bit more humble and say “well … let’s try.”