What: Online search and advertising company Yahoo Inc. is said to be in talks with video ad platform BrightRoll about a possible US$700 million acquisition.
Why it matters: BrightRoll is a strong competitor of Yahoo in terms of video ads volume and appealing publishers and advertisers.The acquisition of Brightroll would  help Yahoo  accelerate its programmatic video capabilities. This would be Yahoo CEO Marissa Mayer’s second largest acquisition after Tumblr. 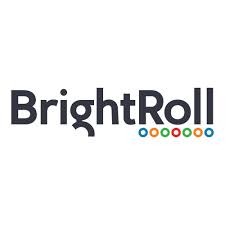 Yahoo is in talks to acquire digital video advertising service provider BrightRoll for around US$700 million, TechCrunch reports.  The term sheets have been already signed, and if the deal is closed, could fall anywhere around that sum, although it could be valued as much as US$1 billion.

San Francisco-based BrightRoll, an 8-year-old company,is a programmatic video advertising platform that reaches audiences across web, mobile and connected TV. The company reportedly raised over $40 million from investors and had over $100 million in revenue in 2013.

Were this acquisition to take place, it would Marissa Mayer’s, Yahoo CEO, second largest acquisition of her tenure, coming 16 months afterYahoo bought Tumblr for US $1.1 billion.

Mayer is said to be currently under pressure from activist shareholder Jeff Smith, since he has called for dramatic changes to the company. Smith, of Starboard Value, has written an open letter saying that Mayer should quit making acquisitions altogether, find tax efficiency to monetize its Asian assets, and sell to AOL. In a way, this deal would serve as a way for Yahoo to counter AOL’s acquisition of the Web video exchange company Adap.tv last year, which has already begun to pay off for AOL.

This new move could have an impact on negotiations, as Tim Armstrong, CEO of AOL, which is Starboard Value target for a merger, said  that Yahoo is not  part of AOL’s future plans.n the short term, BrightRoll’s purchase would help to appeal publishers and advertisers who are looking to get their ads featured on more platforms, hence reaching wider audiences and generating more sales. It could also mean greater revenue for video publishers from ads being displayed as well.

-BrightRoll’s algorithms might be able to help Yahoo match advertisers to videos more efficiently, thereby allowing it to sell the video ad inventory it already possesses for higher prices.

-If Yahoo wants to  turn Tumblr into a YouTube competitor. It needs video-hosting and ad-serving technology to be able to do that.