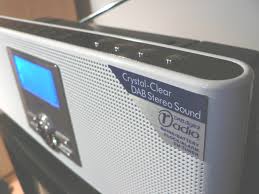 What: Founded by Entrepreneurs German Herebia, Carlos Cordoba, and Gonzalo Alonso, Buenos Aires, Argentina based Audio.Ad  just launched a digital audio advertising platform for the U.S. Hispanic market and Latin America, with a reach of more than 35 million users in the region.
Why it matters: Audio.Ad claims to introduce a new pricing model in the digital industry, called CPL (Cost per Listen), which will provide marketers coverage in digital audio platforms, including the major terrestrial radios that broadcast online as well as audio streaming services received through diverse Internet-connected devices.

Audio.Ad, the first digital audio advertising network in Latin America and the US Hispanic market, announced the launch of its platform that allows advertisers to distribute audio advertising spots in terrestrial radio programs transmitted online and audio streaming services.

The network founded by Argentinian digital entrepreneurs German Herebia and Carlos Cordoba together with  Managing Director  Gonzalo Alonso, has a reach of more than 35 million unique users in the region and is composed by major traditional radio networks that are listened online and as well as by audio streaming services.

Audio.Ad allows advertisers to use digital audio spots to reach audiences that listen to radio and music online using different devices connected to the Internet. Audio.Ad claims to be introducing  a new advertising model in the digital industry, called CPL (Cost per Listen).

The CPL model introduced by Audio.Ad is very similar to the CPV which is used in online video, which has been the area of largest growth during this year. 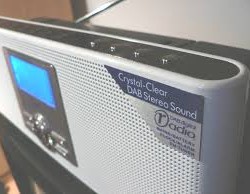 Audio.ad advertising formats include: Audio Pre-Roll (at the beginning of the session), Audio Spots during programming, as well as traditional banner advertising synchronized with the audio spot.

Portada spoke with German Herebia, Co-Founder and CEO of Audio.Ad, on the recent release:

Portada: is this a new venture or is it part of Cisneros?

German Herebia: “It is a new endeavor that will be run by its CEO Gonzalo Alonso and a select committed team. In addition, Audio.ad is in the process of closing a round of investment that will be announced promptly. The relationship with Cisneros Interactive is excellent, and it is very likely that they will join us in this new endeavor.”

Portada: If not, are you and Carlos Cordoba still involved in Cisneros owned RedMas?

German Herebia: “Both Carlos and I are still in RedMas and we are both strongly committed to the growth of its business.”

Portada: What specific audio media properties  are part of the Audio.Ad network? 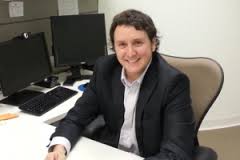 German Herebia: “We have access to an exclusive inventory of more than 35,000,000 users in the U.S. Hispanic market and Latin America and to a large number of online radios and on-demand streaming services,  and we are in the middle of a process of affiliation with the largest radios in each country.”

Portada: What cost estimations for pre-roll do you have for “cost per listener”?

Portada: Where do you see the greatest potential for growth in traditional radio advertisers? And,  in which countries?

German Herebia: “We see a clear potential among  digital advertisers beyond traditional radio advertisers. The CPL  model introduced by Audio.Ad is very similar to the CPV that is used in online video advertising, which has been the area of greatest growth during this year. CPV and CPL are premium advertising models that provide advertisers certainty that their ads will be heard /seen. We’ve also noticed that many advertisers add Audio.ad to their mobile media plans, since 40% of their audience listens via mobile devices. Advertisers who are buying native formats of advertising as the audio spot go beyond the traditional display format of IAB standards. The CPL guarantees advertisers that their advertising investment includes only audio ads that are listened in it´s entirety by the audience. Throughout our network, the advertiser gets greater coverage using innovative digital formats and can also target audiences for their campaigns”