Mondelez International has announced that Brian Gladden, 49, is joining the company as Executive Vice President and Chief Financial Officer, effective Dec. 1. He will succeed David Brearton, 53, who will assume a new role that focuses primarily on the establishment and launch of the joint venture with D.E Master Blenders 1753 to form Jacobs Douwe Egberts. Both Gladden and Brearton will report to Mondelez International Chairman and CEO Irene Rosenfeld.

Brearton will remain CFO through Dec. 1. Brearton has been CFO of Mondelez International since it was launched in 2012. He was named CFO of Kraft Foods Inc. the prior year and helped to lead its successful division into two separate companies. Brearton began his career with the company in 1984 in his native Canada. Before being named CFO, he held a series of senior finance roles, including SVP, Finance at Kraft Foods International, and Corporate Controller.

Gladden’s first day at Mondelez International will be October 13, and he will work closely with Brearton.Most recently, he was Senior Vice President and CFO of Dell, Inc., the Texas-based technology company. Previously, he was the president and CEO of SABIC Innovative Plastics, the successor company to General Electric Company’s Plastics business, after spending almost 20 years in senior financial and operational positions at GE. 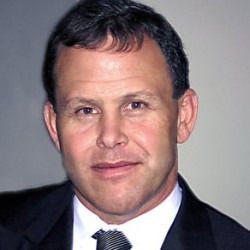 Thinking Heads has appointed Luis Gallardo CEO to turn company into thought leadership hubSince October 1st, Luis Gallardo has been established as CEO and a member of the Board of Directors. For the past two years, Luis Gallardo has been acting president for consumption and brand marketing at Burson-Marsteller for EMEA, as well as Director of Global Brand Strategy at BAV Consulting, both companies in the Young & Rubicam group. From 2004 to 2012 Luis Gallardo was Global CMO at Deloitte.He holds an MBA from IMD in Switzerland, and a Master’s in International Relations from the University of Lancaster in the United Kingdom.