What: Felix Palau, Tecate’s VP, talks about why the Mexican beer is going after U.S.-Hispanic Millennials, and why the brand chose the sports of boxing and soccer as its focus in engaging with new consumers. (Felix Palau is a confirmed speaker at Portada’s Hispanic Sports Marketing Forum in NYC on Sept. 21.)
Why it matters: Tecate has started a 39-week ad campaign created by Saatchi & Saatchi New York with the goal to appeal to bilingual, millennial Hispanics. The campaign will focus on themes related to soccer and boxing, with the tagline “Born Bold.” The campaign will run on English and Spanish TV, out-of-home, digital ads and social media.

Portada: Why did you choose to go after Hispanic millennials?
FP: “Our former campaign was centered on Hispanic newcomers. These are Hispanics who have been living less than ten years in the U.S. and are Spanish dominant. They represent around 10 or 11% of the whole Hispanic population living in this country. According to the last Census, more than half of the U.S. population’s growth is coming from Hispanics. So 80% of the growth of legal recreation consumers will also come from Hispanics.”


Our consumers and the brand’s growth will come from Hispanic millennials. Out of 23 million Hispanic Americans, 42% are millennials. 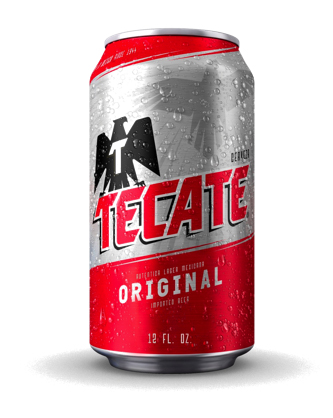 Portada: When putting together a campaign, what specific approach does this generation require?
FP: “Hispanic millennials are a consumer harder to understand. These guys want to be much more visible. They are much more immersed in American culture. They want to stand out and progress. They want to be acknowledged, while they still embrace their cultural values like music, sports, family, etc. They also have fully incorporated American values. That’s the way they live every day in all their relationships. Gathering insight that really resonates with these guys took us a while.”

Portada: How are you approaching your consumers through social media?
FP: “Hispanic millennials connect via mobile much more than non-Hispanics. They are nearly twice as probable to own a tablet. Hispanic millennials are on Facebook and Instagram a lot.
We shifted our strategy in 2014, when we started having a much more robust media plan to have presence in digital platforms nationally. What we are doing now is leveraging our main activation subjects, which are boxing and soccer, and we create content year around so we can start reaching our consumers in a relevant way. We go on a 360 approach, under the same umbrella related to soccer and boxing.”

Portada: How will your campaign adapt to a bilingual audience?
FP: “Our campaign is built from the insight of a bicultural Hispanic. That gives us the ability to be flexible and do the same idea, which in this case is “Born Bold” and only adapt the language to each specific audience. Our TV creative is going to be exactly the same for our English and Spanish media buy. The only adaptation we do is the language.” 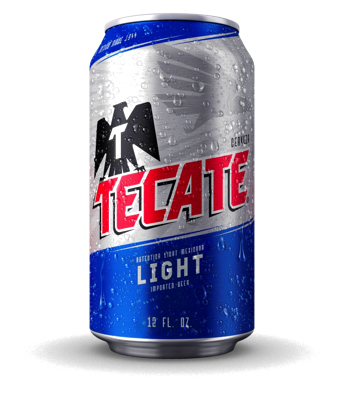 Portada: Why did you choose to work with Saatchi & Saatchi New York instead of a Hispanic based agency?
FP: “We had many different agencies in mind, some more focused in the international market, and others with a more Hispanic focus. The decision was made based on which agency had the stronger insight creative capabilities to work with our communication strategy. We didn’t necessarily stick to the decision where we needed to align a Mexican brand creative strategy towards the Latino and Hispanic based agencies.”

Portada: What is the relevance of connecting Tecate with sports?
FP: “Sports are very relevant to us. When we go back to our base consumers, other than family and culture, sports is the next thing that really matters to them. Our strategy is leveraging tools to some of the consumer’s biggest passion points such as boxing and soccer.”

Portada: Why boxing and soccer?
FP: “We have been relating our brand and positioning it around boxing in the U.S. since 2007. The main reasons are: around 55% of Hispanics in the U.S. are boxing fans. Boxing is a sport that is totally aligned and related to our positioning strategy.
Our slogan is “Born Bold.” Tecate stands for your inner drive to be bold, and what better sport than boxing to represent that? Also, with the resources that we have, we can really stand out in this arena. We don’t only put our logo on the matt; everything we do around boxing has a full activation through the line, from TV to outdoors, to digital, and to the event itself.
On the other hand, we started connecting Tecate with soccer in the U.S. last year. We know that in comparison with other sports, such as football, soccer doesn’t have such a big fan base, but at the end of the day, what we are doing is relating Tecate to Mexican soccer. For this specific consumer, the bicultural consumer, soccer is a very relevant passion point.
We started sponsoring Las Chivas de Guadalajara in the U.S. in 2015. This team has a five million fan base in the U.S., from Texas all the way up to California. So Chivas plays exclusively for Tecate during the summer, when they are off-season in Mexico. And we have major boxing events to fill the gap when Chivas isn’t playing.
We go on a 360 approach. What we are trying to do this year is everything has to be under the same umbrella related to soccer and boxing.”