Some pill-pushers just don’t get it – it being the importance of Hispanic consumers to any company. According to an analysis and report from AHAA, Johnson & Johnson-Janssen-Ortho-McNeil leads in marketing targeted to the nation’s Latinos, but the category as a whole lags other sectors. The average Hispanic ad spend by pharmaceutical companies decreased 9 percent in 2014, from $6.9 to $6.3 million, the report said. On the other hand, over the past five years, the top 500 advertisers boosted their spending in Hispanic targeted media by 63 percent.

They should have been at this IAB Town Hall

On May 23, the IAB held a town-hall meeting to discuss opportunities and strategies for reaching Hispanics. Allvoices.com provides an excellent recap of what was presented and discussed. Included were case studies of Verizon Wireless’s “Goling” campaign during World Cup 2014 in partnership with Facebook’s Hispanic Creative Shop; Home Depot’s “Retool Your School” campaign from Briabe Mobile; and P&G’s “Orgullosa” social media campaign, created by Dieste. One of many interesting stats in this article: 66 percent of Digital Hispanics said they pay attention to online ads, considerably larger than the overall market (46 percent).

Create GOOD is a joint initiative between Fast Company and Microsoft that aims to recognize and reward creative and socially drive organizations. The three winners are Haitian trilingual elementary school l’Ecole de Choix (the School of Choice), scientific cancer history research organization Paleo-oncology Research Organization (PRO), and Rainforest Partnership, the international non-profit committed to protecting tropical rain forests. Reps from each org will get a trip to the 62nd Cannes Lions International Festival of Creativity to lead workshops at the Microsoft Beach Club, where they can take advantage of the talent buzzing around to help them with marketing and identity challenges. Fast Company and Microsoft will take the final assets created from the workshops and run digital advertising on behalf of each organization on fastcompany.com to further generate awareness. The winners also will be featured at Fast Company’s Innovation Festival in November. 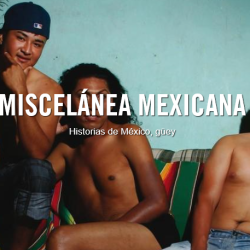 Vice, the edgy and ever-expanding media conglomerate, is opening an office in Miami in order to expand its Hispanic-oriented content for consumers in the United States and Latin America. Brand journalism and sponsored content seem to be a big part of the mix, but current Vice programming for younger Latinos includes “Miscelánea Mexicana,” a show about Mexican “cultural oddities,” and a series that follows the 2012 presidential elections in Mexico. The Miami bureau will coordinate all Vice’s Hispanic and LATAM activities.

Meredith Hispanic Media just released a new report on social media’s influence on purchasing by U.S. Latinas. The report, Siempre Beauty III: Latinas and Social Media, found that Latinas continue to outspend mainstream consumers in the beauty category, with the majority of them finding social media the best way to get information and tips. Language is important to them: 52 percent of Latinas and 48 percent of Latina millennials prefer to receive beauty information from social media in Spanish as well as English, while 55 percent prefer to follow US based influencers and bloggers who provide access to bilingual content. Many more stats in the press release.

MassMutual will host free community events to offer financial education in Spanish in Houston. “Financial education starts at a local and individual level,” said Dr. Chris Mendoza, Latino Markets Director at MassMutual, in a press release. The sponsorship with Univision is part of a broader effort by MassMutual to help Hispanics secure their personal and professional financial futures, the company said. It also provides Spanish-language financial information and resources online at MassMutual.com/Latino.
[Ctahcb] 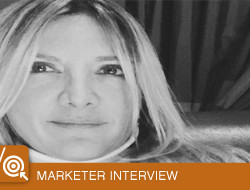