What: NFL owners voted on Tuesday to move the St. Louis Rams back to Los Angeles, the city they called home for nearly 50 years.
Why it matters: The move to Inglewood is to cost the Rams a reported US$550 million relocation fee. The league will benefit greatly from a return to a city that prizes celebrity and is home to major media, advertising and marketing agencies. 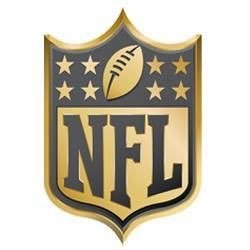 NFL owners voted on Tuesday to move the St. Louis Rams back to Los Angeles, the city they called home for nearly 50 years(from 1946-1994), after two decades without a team in the nation’s second-largest media market.

NFL had been without a franchise since the Rams and Raiders left town following the 1994 season. The owners approved the measures by a 30-2 vote. At least 24 votes were needed for ratification.

The move to Inglewood is to cost the Rams a reported US$550 million relocation fee. The Chargers or Raiders would have to pay the same fee if they end up moving to Los Angeles.

Besides voting for the Rams to move from St. Louis to Inglewood, Calif., owners of the teams also gave The Chargers a one-year option to join them there by relocating from San Diego.

The Raiders, who also had applied to relocate to Los Angeles but remain in Oakland , would have inherited the one-year option to move to Inglewood weren’t for the Chargers.The Raiders previously have considered the possibility of moving to San Antonio and possibly could have the now-vacant St. Louis market.Now, they are receiving US$100 million toward a new stadium.The Chargers would receive an identical amount if they stay in San Diego and get a new stadium there.

The Chargers were said to have the strongest support from the owners among the three teams that applied for relocation.

The Rams will play their home games at the Los Angeles Memorial Coliseum next season while the Inglewood stadium, scheduled to open in 2019, is being constructed.

The Inglewood stadium is estimated to cost US$1.86 billion, but will likely exceed US$2 billion, Adweek reports. The stadium would be the centerpiece of an entertainment, retail and housing development, and when the stadium finally opens in 2019, it could mean for Los Angeles to be part of the Super Bowl again.

The league has become one of the most popular sport in the country and one of the strongest brands in the world (US$10 billion in annual revenue), during its 20-year absence from Los Angeles.Now that is back, it will benefit from a return to a city that prizes celebrity and is home to major media, advertising and marketing agencies.

“I said this morning that we’ve been at this for over 20 years,” NFL Commissioner Roger Goodell said at an owners’ meeting at a Houston hotel that originally was scheduled to last into Wednesday. “We felt that we needed to have the kind of stadium, the kind of project, that had vision, that had the facilities that would really bring a new kind of fan experience to the NFL and to Los Angeles.”

“We’re excited that we got something done,” Pittsburgh Steelers President Art Rooney II said. “It was time to get a franchise back to Los Angeles. And it was time we got this situation resolved and get a program in place for the other communities to continue to work to keep their franchise. It’s been a long, difficult process.”

“This is not a win for the Raiders. … At the same time I’m really happy for Stan Kroenke and the Rams going to Inglewood. … We’ll see where the Raider Nation ends up here,” Raiders owner Mark Davis said. “We’ll be working really hard to find us a home. That’s what we’re looking for, for our fans and everything else. Don’t feel bad. We’ll get it right.”