What: Colombia vs. Venezuela (in Miami) and Argentina vs. Guatemala (in Los Angeles) soccer friendlies are set for Sept. 7
Why it matters: Soccer in the U.S. was dealt a blow with the National Team’s absence from FIFA World Cup, but the sport is stronger than ever in the Hispanic community here, with these two friendlies and the International Champions Cup hitting this summer.

FIFA World Cup (@FIFAWorldCup) will be contested half a world away, but supporters and natives of four Latin American countries will be able to see their favorite national teams in action in friendlies set for September 7. Colombia will take on Venezuela at Hard Rock Stadium in Miami, while traditional powerhouse Argentina will battle Guatemala at the Los Angeles Memorial Coliseum.

The matchups and locations lean heavily on the popularity of the sport among the Hispanic community in South Florida and Southern California and beyond. The first is a prelude to the planned MLS expansion into the market (@futbolmiamimls) set to debut in 2020, led by David Beckham, and the second comes with the timely announcement that a portion of ticket sales will be donated to Guatemalan relief efforts following the devastating Mount Fuego volcano eruption.

The friendlies, along with the MLS expansion and numerous U.S. locations in this summer’s International Champions Cup are strong signals that promoters and marketers aren’t giving up on the sport…

The matches feature successful squads in Colombia (ranked No. 16 in the world) and Argentina (No. 8), which will both begin Group Play at World Cup in the next week in Russia, battling upstarts in Venezuela and Guatemala, neither of whose sides have ever qualified for the event. And why they may not be marquee pairings, marketing organizers CMN Sports (@CMNEvents) and Relevent (@C_Stillitano) are hoping the World Cup boost in interest in the sport here carries over into September.

“CMN Sports is excited to partner with Relevent to showcase these talented teams,” said Henry Cárdenas, President of CMN Sports, in a statement. “Colombia is a World Cup contender and has shown enormous potential, making them a very tough opponent for Venezuela. We hope fans will enjoy this South American rivalry at one of the most iconic stadiums in the country.”

“Relevent is committed to bringing the incredible culture and enthusiasm of international soccer to the U.S. and this match is sure to deliver that excitement to new and established fans alike,” said Charlie Stillitano, Co-Founder and Executive Chairman of Relevent. “We look forward to celebrating both of these national teams and their fans, while honoring all of those affected by the natural disaster in Guatemala.”

The friendlies, along with the MLS expansion and numerous U.S. locations in this summer’s International Champions Cup (@IntChampionsCup) are strong signals that promoters and marketers aren’t giving up on the sport despite the absence of the U.S. National Team from the World Cup. 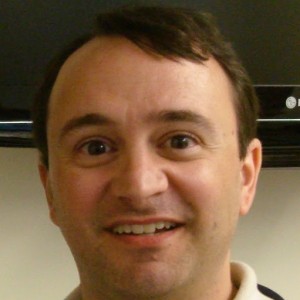