What: A new study by the Sports & Fitness Industry Association, as reported by the New York Times, notes that youth soccer participation is down 14%.
Why it matters: It’s an alarming number, one of which soccer industry leaders are aware and are looking at ways to turn around; playing rather than just watching is a key element to long-term fandom.

There was a time not too long ago when all those monitoring trends for growth in sport at the youth level saw the demise of football coming, while a handful of sports, most notably soccer, were on a meteoric rise. Some day, the theory went, “The Beautiful Game” of football would surpass “The American Game” of football in popularity, and soccer would assume its place in North America like it has in the rest of the world. 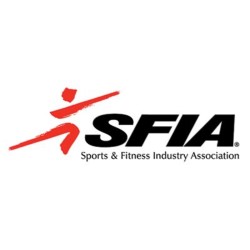 According to a story in the New York Times based on the latest Sports & Fitness Industry Association numbers, soccer, at least at the youth level, has hit a staggering and unexpected decline. According to Joe Drape, “Over the past three years, the percentage of 6- to 12-year-olds playing soccer regularly has dropped nearly 14 percent, to 2.3 million players, according to a study by the Sports & Fitness Industry Association, (@TheSFIA) which has analyzed youth athletic trends for 40 years. The number of children who touched a soccer ball even once during the year, in organized play or otherwise, also has fallen significantly” with losses in participation of as many as 600,000 youth players.

[comillas]The question remains whether that will translate down to young people, especially youth and minorities of all backgrounds, playing soccer.[/comillas] 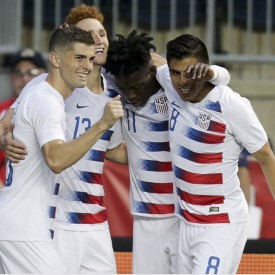 As U.S. Soccer (@ussoccer) goes through its leadership change now under Carlos Cordeiro (@CACSoccer), the World Cup starts to come on the horizon for 2026 in North America, and brands continue invest in marketing the sport and scores of elite non-U.S. clubs open academies here to better develop young players, the sport, it seems, has hit a new turning point, with Latino youth and overall engagement amongst that demo the place where the sport can point to changing.

The best news coming out of the World Cup were the rising numbers in engagement by Latinos across America throughout the games, while Mexico’s value as a brand was buoyed by its success on the field and the expansion of its brand partners into the marketplace. Also as we wrote last week, brands found the way to engage better than ever in the social space, with the digital engagement company Mitú (@wearemitu) creating unique content around both the Spanish and English speaking Latino fan. Moreover, Liga MX remains the most watched soccer league across the U.S., all of which is very positive in showing Latino engagement through soccer.

In the coming weeks, many of the world’s elite clubs will be coming to the United States, and La Liga will be making an even bigger push to expose their teams and their partners, not just FC Barcelona and Real Madrid, to thousands of casual and die hard soccer fans for the remainder of the summer.

While all that is positive, and gives a clear path of engagement for the longer run from a fan and viewership for the Latino demo, the question remains whether that will translate down to young people, especially youth and minorities of all backgrounds, playing soccer which gives them more of a lifelong affinity to the game. The Times’ story points to several factors related to the Sports & Fitness Industry Association study that indicate that a change needs to be made in the marketing and engagement of young Latinos for that to happen.

Brad Rothenberg, who co-founded Alianza de Futbol (@alianzadefutbol) to develop amateur soccer among Latinos, said U.S. Soccer had invested little in identifying talent in Latino and African-American communities, the story added. Over the past decade, his organization has held more than 300 events across the country for young players and has sent dozens of them to club teams in Mexico.

“If year after year, at every decision point, U.S. Soccer continues to alienate Latinos and blacks, we are going to sit on the sidelines and watch the rest of the world get better,” Rothenberg, who co-founded Alianza de Futbol to develop amateur soccer among Latinos told The Times.

Cost for elite play, as pointed out by longtime American star Hope Solo at a Hashtag Sports event in New York a few weeks ago, also factors into the lack of engagement in Latinos and minorities. Solo was clear in calling out soccer’s organizing groups for being too elitist and not being able to make the game affordable for all, which narrows the pipeline for success.

Now, will USA Soccer, and other global clubs step into that void to turn the engagement level for young people, especially Latinos who continue to show an affinity for the game? The opening of academies for elite players is a small step which will build American star power, but having casual players engaged in healthy activity and understanding the game as they play on the field vs. watching on a device or television is another critical step. Are there brands that will look more and more to the youth level to engage, as Toyota and Allstate have done with Alianza de Futbol?

Other sports like baseball and basketball, have seen and made the investment in youth participation in recent years, and the study has seen that efforts produce positive results. Soccer apparently needs to find that next step to reverse a troubling trend, and the numbers and the results show that the Latino fan can be the next best step.

The World Cup gave us great best practices for engagement and value in the demo, now leadership needs to take those best practices and add dollars and value to build not just young Latino stars for elite clubs and MLS, but healthy engaged young players for life. Soccer at its base is a simple, affordable game; not investing properly, however, can prove to be costly, and the numbers bear that out.