In the first of two Thought Leadership Articles, Julie Diaz-Asper, Founding Partner & CEO at Social Lens Research, explores the dynamic development of Social Media properties and how marketers should best take advantage of them. Today she looks at Twitter and Snapchat.

A new generation of highly social and mobile users has been reinventing the ways social media and messaging tools are used. Marketers targeting younger audiences (almost anyone under 35) need to rethink how to build effective campaigns that will reach this audience. Given an estimated 61% of Hispanics are under 35 (Census), understanding shifts in social usage among younger social media users is critical for Hispanic marketers.

While Facebook continues to dominate the social space with 71% of all online users and 73% of Hispanic users (Pew), its growth has stalled at 73% over the last year. Other platforms are gaining traction among Hispanic users, especially younger ones. Hispanic social marketers who have focused mostly on Facebook have begun to extend efforts to other channels.

In this article, I take a look at Twitter and Snapchat and what marketers can expect in the role they’ll play in reaching Hispanic audiences in 2015.

Twitter has started to tout their multicultural numbers. They even hired multicultural strategist, Nuria M. Santamaría, in November 2014 to lead efforts to target black, Hispanic and Asian-American users.

Twitter represents 23% of online users and has experienced strong growth among Hispanic users up from 16% in 2013 to 25% in 2014. Most Hispanic social campaigns now involve a hashtag and are promoted on Twitter. Hispanic marketers are engaging influencers, mostly Latina bloggers with sponsored post campaigns and Twitter parties with prizes and celebrity guests. A good example of the Twitter party trend are the parties hosted by the Latina Mom Bloggers team who frequently offer weekly parties with top brands trying to reach Latina moms.

Live events are also big opportunities on Twitter to engage Hispanics. Take a look at the #latinGrammy for a recent example. Inviting top influencers to attend and cover events has become standard practice. You can usually find Lynn Ponder of Web City Girls on the red carpet or at press events. 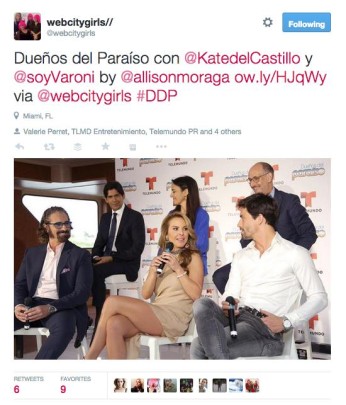 Twitter has added more robust ad formats that make it possible for marketers to more effectively target Hispanic audiences. You can expect to see more brands opting to include Twitter in their social campaigns. 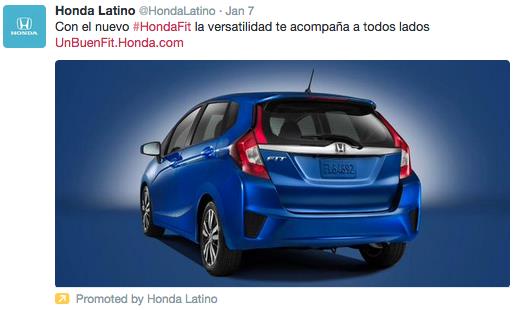 Marketers should also keep their eyes on messaging app Snapchat, which is extremely popular with the under 18 crowd, over 100 million monthly users and 71% under 25. I haven’t seen great numbers on Hispanic users but given the percentage of teens that are Hispanic it’s fair to assume that we’ll begin to see more adoption.

Snapchat’s, appeal to teens can be attributed to fast video and image sharing in a mostly a “parent free zone”, with the extra protection that messages disappear after being viewed. Love these quotes from a Pew focus group:

Female (age 13): “And [Snapchat] it’s really fast like if you sent it over a text it takes like two minutes to load.”
Female (age 16): “Yeah, [Snapchat] it’s faster. And you can use Snapchat at school with the school’s website – because I have the basic phone, I use my iPod.”
Female (age 13): “[Snapchat] It’s really great. I have to admit, it’s better because I could pick the most embarrassing photo, and know that they’ll [the recipient will] see it for 10 seconds, and then I’m done.”
Female (age 17): “ And it’s just kind of fun. Because it’s like texting, but you get to use your face as the emoticon instead of an actual emoticon.”
Female (age 16): “Well, because Facebook, everyone sees what I’m doing. But Snapchat is just to one person, unless they’re a jerk and they screenshot it and post it on Facebook. But mostly it’s just the person that you’re sending it to, so it’s like a conversation.

The platform makes sense for brands trying to reach the tween and teen segments. However, one big challenge with the network is that most communication occurs one to one and requires building content that will work in that context. A few brands have successfully reached users organically with behind-the-scene looks, content creator partnerships and contests. 12 Great Example of Brands using Snapchat, includes one of my favorites from General Electric who uses Snapchat to make science cool with a broadcast from Buzz Alrin and flashbacks to its role in the first landing on the moon. 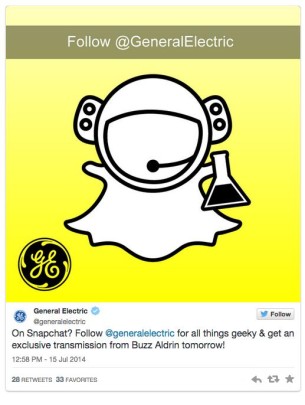 The first ad ever to appear on Snapchat was in October 2014 for a 20 second movie trailer for Ouija as covered by Adage.

Recently Snapchat received some backlash from outlets like Techcrunch for charging what many feel to be an exorbitant cost at $750k an ad.

Given that ads are so expensive and are limited in targeting and metrics for now, it’s not surprising that most brands are opting for collaborations with top content developers or investing in creating their own Snapchat-specific content. Snapchat is growing and evolving fast so it’s definitely a platform that needs to be monitored closely by marketers.