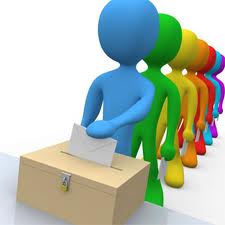 Sounding Off: Carlos Manzano “Why I´m Voting for Bill de Blasio for Mayor of NYC” 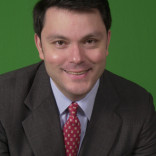 Today’s Sounding Off columnist Carlos Manzano was appointed by New York City Mayor Bloomberg as Executive Director of the Latin Media and Entertainment Commission (LMEC) in May 2007. Manzano left the position a year ago. Manzano tells Portada that he is concerned about the future of the LMEC, which is now under NYC Media. For that reason he has been involved with the mayoral campaign of Public Advocate Bill de Blasio. According to Manzano, De Blasio, understands the importance of the industry for New York, as well as economic development and equality, education, quality of life and other issues of great concern to all of us. In the below article Manzano provides more detail about why he favors de Blasio as mayoral candidate.

I have known Public Advocate Bill de Blasio since the days he managed the campaign for former U.S. Senator Hillary Clinton in New York State. He was elected to the City Council to represent parts of Brooklyn, and years later, was elected citywide as Public Advocate of the City of New York. According to Quinnipiac Polls, today he is the leading contender to be the next Mayor of the City of New York.

Bill de Blasio has a keen understanding of the economic impact the Latin media and entertainment industry has in New York. I have spoken to him about the importance of developing clusters that attract different sectors from advertising, to creative design, to production, to filming, and more.

With over one trillion in disposable income nationwide, New York ranks second. Bill de Blasio knows well that these figures, while impressive, have shifted due to the cost of doing business, housing, education, regulations, health care, and quality of life to name a few.

Bill de Blasio knows the past decade has seen a brain drain from New York, and minorities have accounted for a large percentage of such exodus.

That’s why, with his pre-K and education proposal to tax the wealthiest of New Yorkers, he will ensure every child starts early and is not falling behind by the time they reach eighth grade; that’s why he supports career-oriented high schools that enable young people to get internships opportunities and develop strong careers in media and entertainment and all industries; that’s why he wants to develop permanent affordable housing to enable working and middles class to stay in New York; that’s why he knows that health care should be available to all and that hospitals need to be open in every community so New Yorkers can have access and live healthy lives; that’s why he’ll continue to emphasize the cutting of red tape that so much affects small businesses in the city; that’s why he wants to continue to support and provide opportunities to immigrants for them to be successful; that´s why he believes in investing in the future workforce of the city; and that’s why he wants to open opportunities for small and medium size businesses to thrive and make New York a true capital of Latin media and entertainment.

Bill de Blasio understands that these issues must be addressed as part of a comprehensive plan to avoid New York to continue slipping into a Tale of Two Cities. He knows that is not only Latinos but also African American, Asians, women, and working and middle class New Yorkers who have suffered the most from the economic, housing, and educational policies of the past two decades, as well as the economic downturn of the past five years.

I support Bill de Blasio because he has a vision of where New York should be in a decade–a place to live, study, do business, innovate, and with opportunities for all. I urge you to support and vote for him on Tuesday, September 10, in his efforts to lead us as our next Mayor of the City of New York.

Latin Interactive World: Interview: Damián Molina of Taringa!: “We don’t think of Facebook as a competitor”