Sounding Off: A. Ross “Radio – The Transistor Changed History” 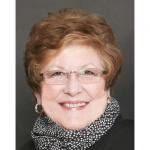 Alice J. Ross is the President of R&S Marketing.

Cleaning out an old chest, we came across the first AM transistor radio we ever owned. It was a Christmas gift and remained in the original box. Just seeing it transported all of us to a different time. Remember the mystery of the small electronic device? It was a prized possession that became the doorway to a whole new dimension of entertainment. No longer were you locked into the living room where the only television resided.

Radio remains one of the most important inventions of the 20th Century. Before the television ever came into our homes, we had the radio. Families huddled around listening to the westerns, comedies and weekly serials that became part of everyone’s life. But it was stationary… part of the furniture… couldn’t carry it around. It had to be plugged into the wall. The transistor changed all that. Music and entertainment became mobile.

With the onset of transistors, it could now go with you. We all wondered how they could make all this information come out of such a small box? And you could get it anywhere… cars, parks, your backyard – anywhere! There was music, sports, news… it seemed an endless source of information. On air personalities became friends and we knew all about each one. It wasn’t long until no one could remember what we did before this unbelievable invention.

There was a moment when radio was considered by some to be outdated and possibly even a dead medium with the advent of television. However this has not happened. It also offers a major advantage over television. When you listen to radio you can be doing something else and still be an active and involved listener. Radio can be found in every vehicle, kitchen, backyard, park, anywhere you want to listen. This creates a bond with the listener unlike print or television. Radio is in your head, a powerful place for advertisers to be. Advertisers don’t lose the listener when they make a cup of coffee or do other activities. They’re still active because of the portability of radio. Plus, radio has adaptability, changing in an instant. Television did not have that capability and are still limited in some ways.

Now we have web or internet radio. Online requires less bandwidth than video images. Music became an international language and became global in its reach. Radio is and has always been theater of the mind. It allows the listener to imagine what a multi-million dollar budget could never match. This has always been the strength of radio and will continue to be unmatched by other media.

Did the developers have the vision to see where their fabulous invention would take the world? Do you think they realized that someday it would have the power to change how we live? Who knew that gift so many years ago would change the way we live!