Check out  Portada’s Interactive Directory of Corporate Marketers and Agency Executives. 10  NEW LEADS HAVE JUST BEEN UPLOADED. To acquire the database, please call Matt Eberhardt at 347-961-9516 or e-mail him at matte@portada-online.com SEE A DEMO OF THE DIRECTORY! 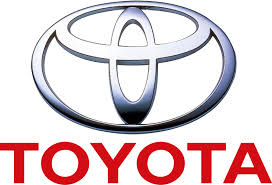 Toyota is releasing its latest campaign with six different videos that are being incorporated into 70 different ad executions in Facebook and culminated with the brand running two Super Bowl ads yesterday.The video-centric ads are centered around the theme of dads, and come with the hashtag‪#‎OneBoldChoice‬. The idea is an ad campaign that incorporates both social and traditional media, rather than just using the Web to promote a Super Bowl TV spot.Toyota is paying to promote them in people’s Facebook news feeds and target them at close to 20 different specific audience segments. Among the targets are dads (naturally), sports fans, and people who previously engaged with a Toyota Camry video ad campaign from back in November. Toyota will run video ads on Facebook on Super Bowl Sunday using one of the spots aired during the broadcast. 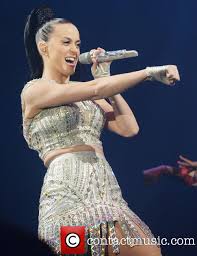 Katy Perry’s Super Bowl halftime was ‘Shoppable’with a system that pitched a range of special merchandise, including a “limited-edition” Katy Perry item. Delivery Agent said its ShopTV platform enabled viewers to buy those products directly via connected Samsung TVs, LG TVs, “shop-enabled” tweets sent by its brand partners, and on mobile devices equipped with Shazam’s auto-content recognition app. Additionally, viewers were able to grab the merchandise during and after the game through the ShopTV t-commerce app on Roku devices.Visa Checkout is the exclusive ShopTV payment provider for the promo,though the effort will be backed by a marketing campaign informing consumers that the limited edition products pitched during the halftime show will be available through a variety of means until tomorrow Tuesday, Feb. 3 at 5:00 p.m. PT.

Kraft Foods Group is introducing Jell-O franchise new positioning and campaign.The effort,by Leo Burnett, is called “Made with JELL-O-V-E” and focuses on what the brand says are the emotional connections formed by families while making Jell-O creations.The campaign includes a new TV spot (above) debuting Monday that shows 35 Jell-O creations with the soundtrack “More Smiles” by The Jump Ups, a Los Angeles-based music duo. Total Jell-O brand sales in the U.S. have fallen from US $815 million in 2012 to US $746 million in 2013 and $692 million last year, according to Euromonitor International.Changes include removing high-fructose corn syrup from the remaining snack-cup flavors that still have it while adding fruit juices to those varieties. Also, Jell-O will market new seasonal flavors like pink lemonade in the summer and pumpkin spice in the fall.The 35 Jell-O creations shown in the TV ad were partly inspired by Pinterest postings, said Sarah Block, a Leo Burnett creative director who worked on the campaign. The Jell-O website will display 101 simple recipes geared for kids, including “Circus Parade,” made by mixing Jell-O pudding, animal crackers, and “Jupiter Fruit,” made by topping a cantaloupe slice with cherry Jell-O gelatin. Kraft Foods Media Buying Agency is Starcom Media Vest.

The quasi-Mexican food chain restaurant Chipotle has announced it is including three Hispanic authors in this year’s list.Julia Alvarez, author of “How the Garcia Girls Lost Their Accents,” Paulo Coelho, author of ‘The Alchemist,” and “The Prince of Mist” and novelist Carlos Ruiz Zafrón are part of the 10 writers, novelists and celebrities to be chosen for the burrito joint’s “Cultivating Thought” series.Along with the three Latino scribes, Chipotle also chose comedian and actor Aziz Ansari, “The Joy Luck Club” author Amy Tan and Pulitzer Prize- finalist Barbara Kingsolver, among others, to pen a short story for the company’s cups and bags.

International superstar Thalia will become the first designer to ever launch a collection by live-streaming her runway show on Facebook.The show, a major treat for her 15 million Facebook followers, featured all the hottest designs from the new Thalía Sodi Collection, available exclusively at Macy’s. Fans from around the world tuned in to watch the live feed of the show, and continued to stream it with more than 3 million viewers to-date.