Check out  Portada’s Interactive Directory of Corporate Marketers and Agency Executives. 5 NEW LEADS HAVE JUST BEEN UPLOADED. To acquire the database, please call Matt Eberhardt at 347-961-9516 or e-mail him at matte@www.www.portada-online.com SEE A DEMO OF THE DIRECTORY! 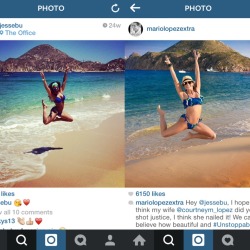 Chicago-based ad agency Lapiz has launched a new campaign for Mexico Tourism Board called “Los Cabos #Unstoppable” . The campaign was created to let North American travelers know that Los Cabos, Mexico, is back open after getting hit by Hurricane Odile on September 14. In just 45 days, Cabo San Lucas and San Jose de Cabo are back open and as vibrant as ever before. Starcom is handling media for this campaign.The campaign count with the TV spot “Ready,”which captures the spirit of the people of Cabo who restored the city making it ready to welcome people back within only eight weeks of the hurricane’s landfall. In the spot, actual Cabo locals, “Cabeños,” were casted and are seen stretching and warming up to welcome guests to their city including real hotel personnel, golf caddies,  ship captains and even an air traffic controller. It will air in the U.S., Canada and Mexico. Lapiz has also sent Mario Lopez, Nick Jonas, Reese Witherspoon and Rosario Dawson down to Cabo San Lucas to Instagram photos from the peninsula showing the city back and better than ever. The “Unstoppable” campaign includes digital, TV spots, radio and out-of-home.

Interpublic Group’s McCann and sibling shop UM have been assigned the New York Lottery creative advertising and media responsibilities, respectively beating longtime incumbent DDB.The agreement, still up for bid, will kick off January 15, 2005.The Lottery has an annual budget for its advertising, marketing and media services requirements of US $92.25 million.read more here. 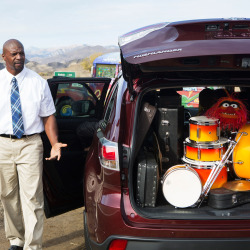 Toyota will be at the Super Bowl for its third consecutive year with a new spot starring Team Toyota athlete Amy Purdy.The campaign is aimed to promote the new Toyota Camry.The ad will be handled by Saatchi & Saatchi, Los Angeles. Toyoto has declined to specify how many ads it would run or how long the commercial would be, but said the it is similar to past years. In 2013, the company aired a commercial starring “The Big Bang Theory” actress Kaley Cuoco. The automaker will also sponsor the Toyota Half-Time Report.Mercedes-Benz has also purchased commercial time, while Lincoln and Jaguar are both sitting out.

Ciroc, the Diageo vodka brand, is releasing a new multiplatform campaign that includes TV, digital and out-of-home advertising with a new “Step Into the Circle” theme that will replace the “Luck Be a Lady” campaign. Sean ‘Diddy’ Combs has been marketing Ciroc for Diageo since 2009. The new campaign will be more focused on targeting millennials with Combs staring in the spots with a new set of “friends”.Today, Ciroc sells 2 million cases annually. But when Combs involved back in 2009 it just sold 40,000 cases annually.

Toshiba Corp is rolling out a global integrated campaign next month to raise awareness of its b-to-b solutions, which account for 84% of total sales.The campaign, dubbed “Bring It Forward,” was created by Gyro San Francisco .Another goal is to increase Toshiba’s b-to-b business to 90% of total sales.The campaign includes online video, digital ads, social media and outdoor placements. The budget was undisclosed. It is aimed at community planners, engineers, state and local government officials and C-level executives responsible for infrastructure planning. Toshiba has begun running some online banners to tease the campaign, which will break on a larger scale close to the new year.

Just a few months after taking the reigns as the new Sprint Chief Executive Officer, Bolivian native Marcelo Claure , the first foreign-born Latino CEO in the history of the U.S. to lead a telecommunications company, is very committed to engaging and connecting with the Hispanic consumer, and this is the focus of the brand’s next advertising campaign.The national television campaign features Marcelo Claure speaking to Hispanic consumers about Sprint’s commitment to offering more mobile for the money with “the best value in wireless,” as well as providing the latest and greatest mobile devices. Claure’s comments are personable and directly relatable to the Hispanic consumer – a task he takes quite seriously given his Latino heritage and passion for the segment. Sprint’s new campaign will debuted during the Latin Grammy Awards on local Univision affiliates and will then hit the airways on all major Hispanic TV networks as of Friday, November 21.Sprint will continue to offer more relevant products and services, including a robust family data plan as consumers demand and deserve more value from their wireless carriers.

Check out  Portada’s Interactive Directory of Corporate Marketers and Agency Executives. 5 NEW LEADS HAVE JUST BEEN UPLOADED. To acquire the database, please call Matt Eberhardt at 347-961-9516 or e-mail him at matte@www.www.portada-online.com SEE A DEMO OF THE DIRECTORY!