As soon as the new administration took office, a wave of anti-immigration policies spurred predictions that Hispanics would start spending less. Companies across the country wondered how this would impact them as headlines all over reported that Hispanic communities would stay home more and spend less often. Therefore, Energy BBDO decided to conduct a study to go beyond those headlines in order to find out exactly how the administration change impacted Hispanics’ minds and shopping habits during the last year. 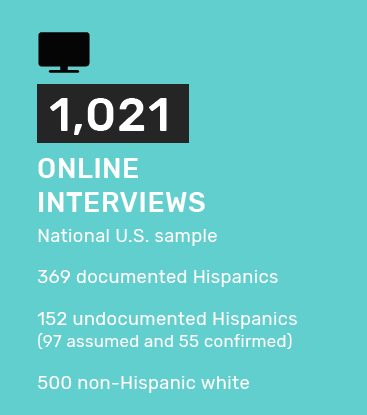 Energy BBDO conducted more than 1000 surveys of documented and undocumented Hispanics, as well as of non-Hispanics for comparison. The quantitative research was supplemented by in-depth focus groups in Chicago and Los Angeles, and the work was supported by data from Kantar, Univision, and Pew Research.

The main takeaways from the study, explained below, proved the exact opposite of what the headlines foretold: not only did Hispanics not slow their shopping or spending, 49% of survey respondents reported shopping more often than the previous year.

Even Undocumented Hispanics Are Spending More

According to the study, even though headlines predicted Hispanics would spend less after the change of administration, 49% of documented respondents reported shopping more often than the previous year, while 56% of their undocumented counterparts, who could feel more threatened by the new administration, responded the same way. And since shopping is necessarily linked to spending, the increase goes hand in hand. 60% of Hispanics claim they are spending more than the previous year, just as 68% of undocumented Hispanics, vs 45% of non-Hispanics. The reason for this could be, quite simply, that “life goes on and family needs remain, no matter the political climate.” 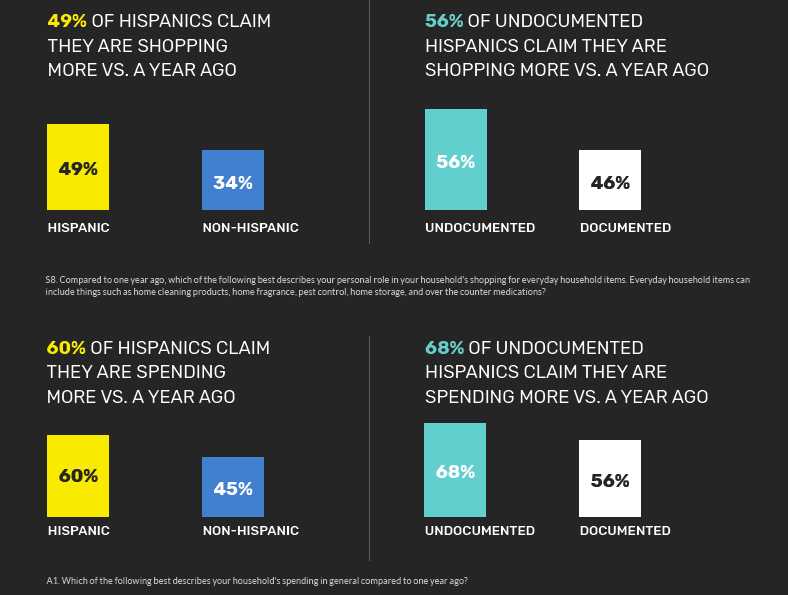 According to survey respondents, there has been a shift in the retail channels Hispanics go to. For example, outlets such as mainstream grocery and convenience stores have seen slowdowns, while preferences have shifted towards a more value-centric experience. Therefore, Hispanics have been spending more at mass merchandisers, club retailers, and dollar stores, as well as Hispanic-owned stores or community bodegas. As the study suggests, “This change in behavior seems to be the sole data point that suggests a shift generated by the current socio-political atmosphere, as Hispanics may be consciously staying within their communities for everyday purchases.” 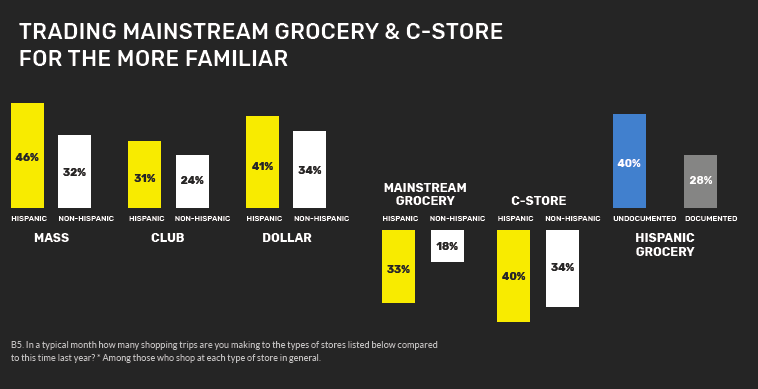 The Real Shift Has Taken Place in Hispanics’ Attitude

U.S. Hispanics are known, among other things, for their optimism. A group that has expressed a positive mindset in spite of hard circumstances is suddenly doubting its place in the new America. Energy BBDO’s research has revealed that 50% of Hispanics have more doubts about their place versus a year ago, and 70% report an increase in prejudice displays since the last election. To quote the study, “Hispanics do not feel free to be themselves, at least not out in the open. They feel pressure to limit expressing their cultural heritage and identity. This, in turn, is causing them to find comfort in what’s familiar and welcoming within their communities.” 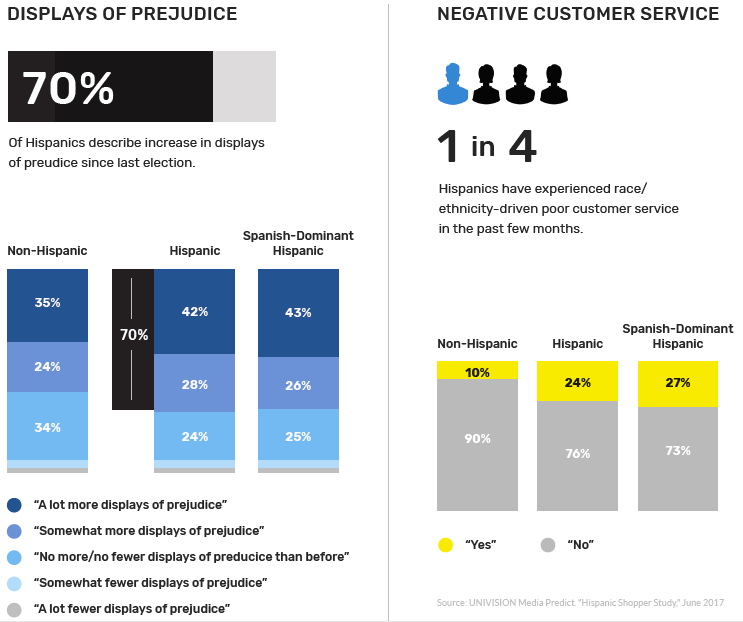 [comillas] Now is the time to consider a more direct and custom approach that reaches out directly to the Hispanic community with empathy and recognition. […] Also, look for ways to show an authentic and long-term commitment, not an opportunistic one-off.[/comillas]

Based on the projected growth of the Hispanic population, and seeing that they’re younger than other demographics, it is likely that they will continue to increase their spending and shopping. However, they tend to prefer value-centric shopping trips as well as community-owned stores. Moreover, even though Hispanics will not stop spending, there is a lot brands can do to make up for the feelings of loneliness and not-belonging caused by the increased prejudice climate. Energy BBDO recommends that brands 1) stay true to their values, 2) celebrate inclusiveness, and 3) show empathy. “Now is the time to consider a more direct and custom approach that reaches out directly to the Hispanic community with empathy and recognition. […] Also, look for ways to show an authentic and long-term commitment, not an opportunistic one-off. Trying to fit something into Hispanic Heritage Month probably won’t have the desired effect.”

[ctalatinb] [All images by Energy BBDO]