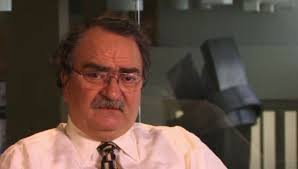 Ernest Bromley announced the end to a 34 year career in Hispanic marketing last week. The CEO/Chairman of Bromley Communications told his employees that he is retiring to  pursue a PHD and that the agency will close. Portada interviewed Bromley in order to reflect on his career and his future plans.

Asked about the most memorable moment in his career, Bromley tells Portada that “Winning Coca-cola, Bud Light and Burger King all in 1989, was my most memorable experience. That was an amazing year.”
The growth of the Hispanic population certainly has been constant throughout Bromley’s career: “When I started 34 years ago, the Hispanic population was 14.6 million people and was about 6.5% of the total population. It has grown to close to 60 million people, to about 18% of the total population. In addition, they are avid users of new media and traditional media. Marketing to Hispanics in terms of determining consumer insights and messaging really hasn’t changed that much.”

Bromley definitely sees changes in the competitive landscape Hispanic advertising agencies are immersed in:”What has changed is who our competition is. Hispanic agencies are no longer competing against other Hispanic agencies for Hispanic assignments. We are competing with the large Total market shops. Clients seem to believe that we must focus on Millennials and that Millennials are ethnically blended in to some sort of homogenous urban culture, the reality is that Anglo Millennial is adopting the ethnic culture and value system rather than the other way around. To successfully go to market you must lead your consumer insights from the historically disadvantaged ethnic populations. This is what I intend to study and publish in my doctoral program!”

Bromley notes that he will soon start a PhD program to do research, the kind “brands don’t pay for”. He adds that he plans to do “multi-cultural research exploring Anglo-American culture and values, and how they are similar and different from Hispanics, African Americans and Asian Americans.”

The Charleston event, regarding the shooting/confederate flag whos that Anglo-American desperately need to look inward at themselves to better understand where they fit in today’s multicultural society.

According to Bromley, “Generally, clients tend to pay for research that delivers short term actionable results such as copy testing. The interest in studying culture and values of all ethnic groups including the Anglo-American is a tough sell. I believe the Charleston event, regarding the shooting/confederate flag, is an excellent example that Anglo-Americans desperately need to look inward at themselves to better understand where they fit in today’s multicultural society. America, within a short 20 years, will be an ethnic plurality. In other words, the founding majority ethnic population, the Anglo-American, will be a minority. There will not be an ethnic majority population in this country for at least 100 years.”

The reality is that Anglo Millennial is adopting the ethnic culture and value system rather than the other way around.

NEWS ABOUT US: Dunkin’s Xavier Turpin and Sprint’s Kymber Umaña Join Our Editorial Board