What: LinkedIn plans to raise US $1 billion in a follow-on stock offering in order to fund its international expansion.
Why it matters: LinkedIn is by far the world’s largest professional networking company, with a user base of about 238 million. However, outside the U.S. it is significantly less strong, this includes Spanish and Portuguese-speaking markets in Latin America, Spain and the U.S. Hispanic market.

According to Forbes, professional social network LinkedIn filed documents with the SEC (U.S. Securities and Exchange Commission), thus revealing plans to raise about US $1 billion in a share offering so as to strengthen its balance sheet  as its stock trades near its highest peak ever. Cofounder and Chairman Reid Hoffman, nonetheless, will continue to hold control of the company (nearly 60% of voting power after the offering).

Silicon Valley Business Journal’s Jon Xavier wonders, regarding LinkedIn’s US $1 billion offering announcement, what the company should do in order to increase its value and expand its presence in markets other than North America, and so he elaborates on several possibilities, such as purchasing smaller competitors that could open the doors abroad. French site Viadeo, for instance, due to its strong presence in Latin America and Africa. Or Germany’s Xing, which would mean an open path to Europe.

Leading enterprise social networking companies such as Jive are most likely out of reach, so smaller players, even if they lack a wide userbase, could bring in fresh approaches and tech-savvy teams to create internal networking solutions. Also, LinkedIn could incorporate video conferencing, as work forces become more and more decentralized worldwide, and Blue Jeans Network , for instance, could be of great help on that side.

Also, Xavier notes that, although LinkedIn is “the most advanced product ever conceived to meet the needs of recruiters, its offerings to job seekers over traditional employment sites are currently minimal.” Fortunately there’s an interesting array of small Web sites that provide a nice, efficient experience for job seekers –Glassdoor, InterviewStreet or HackerRank, to mention just a few. 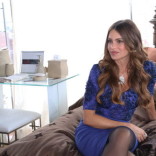 Sofia Vergara, top-earning actress on US TV (again), according to Forbes Celebrity 100 list

Latin Interactive World: Interview: Damián Molina of Taringa!: “We don’t think of Facebook as a competitor”