What: Univision and T-Mobile have teamed  to create Univision Mobile, a wireless service meant to appeal Latino customers. Univision Mobile will launch on May 19 in 1,000 Walmart stores and 3,000 dealer locations,  both in the U.S. and Puerto Rico. Distribution is expected to be doubled by June.
Why it matters: This is the first major Hispanic media branded wireless service. Univision will also push its content through the Hispanic targeted service.

Univision and T-Mobile have joined forces to launch Univision Mobile, a wireless service targeting the Hispanic market with specific plans and Univision content. Financial terms weren’t disclosed. The service launches on  May 19.

Customers will have access to Univision ringtones and wallpapers, a sneak peek at Univision shows and Univision Mobile portal and apps. Univision Mobile will first launch in 1,000 Walmart stores and 3,000 dealer stores, but both companies expect distribution to double by the end of June.

With this move, Univision is hoping to extend its entertainment brand into mobile, while T-Mobile handles customer support, billing, and other logistical needs.

This may also eventually give T-Mobile a larger share of the rapidly growing and potentially lucrative Hispanic consumers market. T-Mobile recently changed its Hispanic media buying and planning agency to Optimedia. Conill had been in charge of those duties before. T-Mobile MetroPCS planning and buying is done by Dallas based TruMc.

Univision Mobile’s plans to specifically target Hispanic customers with families overseas.That is why,  they offer unlimited text messages from the U.S. to specific Latin American countries and more than 200 countries around the world, as well as 100 minutes to call a mobile or landline number from the U.S. to countries such as : Mexico, Dominican Republic, Colombia, Chile, Costa Rica, Panama, Peru, and Venezuela. Customers will have the option to pay another US $10 a month for unlimited calls to landlines and 1,000 mobile-to-mobile minutes to Mexico.

Unlimited voice calls and text messages plans under the Univision Mobile service start at US $30 a month. If costumers prefer Wireless plans with Web data including 2.5 gigabytes of 3G speed,it will cost them around US $45 a month. While one including 2.5GB of 4G data costs US $55 a month.

Univision Mobile packages will come with more affordable phones such as the Samsung Galaxy Light, Galaxy S III, the Alcatel Island and Evolve, according to an article in CNET.   Rick Alessandri, executive vice president of Univision., suggested that in a near future there might be an option to have Univision Mobile on every platform available to customers. Mike Sievert, chief marketing officer of T-Mobile, said that T-Mobile has a higher mix of Hispanic customers than the other national carriers.That is why they aimed to build a product for Hispanics, which represent the fastest growing demographic in the US and by 2015  will have at least US $1.5 trillion in purchasing power, according to  Nielsen. 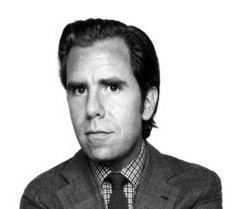