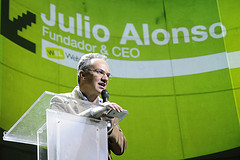 Spanish blog publisher Weblogs is making its expansion into the U.S. Hispanic market and Latin America its main business priority. “We have formed a company in Miami and are servicing that market out of Spain. The Miami office will be opened in June or July,” Julio Alonso, Founder and CEO of Weblogs tells Portada. The Miami based team will be selling Weblogs digital advertising inventory directly, rather than through ad networks. “We have already had several meetings with media agencies in Miami,” Alonso adds. After the initial stage of setting up offices in Miami, Weblogs plans to expand into the national Latin American markets.

Weblogs digital properties combined were the eigth most visited digital destination in Spain with close to 8 million unique viewers in February, according to ComScore. Globally, Weblogs’ audience was over 12 million unique users. Outside of Spain, Weblogs introduced three sites in Brazil in 2010 ( (MotorPasion, tRendencias, Xataka) and one in Mexico (Xataka).

Rather than just opening an office in Miami we are graduallly moving our Madrid headquarters to Miami.

Julio Alonso is moving to Miami as CEO of Weblogs to position the company for growth in the U.S. Hispanic and Latin American markets. Olga Palombi, CEO of Social Media SL, the company that markets Weblog advertising and social media services, is also moving to Miami and will be in charge of the business development for both activities.
In terms of revenues, Weblogs’ goal is that in two to three years, 40% of Weblogs revenues come from the Americas, compared to the current 10%.

“Our strength are the specialized online publications which generate communities of users that are very engaged and passionate,” says Alonso.

The goal is to establish a strong presence in the region as a “relevant publishing house.” According to ComScore we have very competitive positions in several verticals. For instance, Xataka is the third technology site in Mexico,” Alonso adds.

In terms of advertising, we have a strong focus on native advertising and branded content. “Our approach is to develop solutions for brands that enable them totell audiences things they are interested in. We respect the difference between editorial content and rand content/advertising. We also have a broad experience in helping large brands with their own corporate blogs, helping them from the initial concept to the development of content and community management. In Spain we have worked with clients including Coca Cola, BBVA, L’Oreal and Phillips,” Alonso concludes. 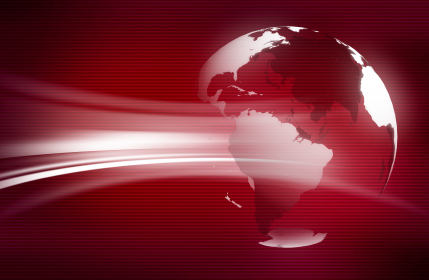