Twitter to open offices in Miami, Mexico and Colombia, Continues Partnership with IMS

What: Twitter is expanding its operations in LatAm by opening new offices in Miami, Mexico and Colombia. Guilherme Ribenboim will now be VP Latin America, and Matthew Drinkwater, has been named Agency Relations Director for Latin America.
Why it matters: Social Media giants including Twitter are increaseing their presence in Latin America. According to Twitter, the appointments will not affect  the partnership ithas with digital marketing firm IMS (Internet Media Services).

Twitter has announced the appointment of Guilherme Ribenboim as Vice President of Latin America. Ribenboim served as CEO of Twitter Brazil when the social net started operating in that country in 2012.

In addition to heading the company in the Brazilian market, Ribenboim will now be responsible of the Latin American sales team, managing the offices in Mexico, Colombia and soon in Miami.

He will also be in charge of sustaining relations with business partners in each region. Before he agreed to take on the role as Regional Vice President, Ribenboim, handled the business in Brazil. Prior to that, he was CEO at ClickOn, a shopping site in South America, he was also VP at Yahoo Latin America and U.S. Hispanic business. Being an executive with a vast experience in Latin America, Guilherme currently serves as president and chairman of IAB (Interactive Advertising Bureau) in Brazil. He holds a Master in Economics from the Catholic University in Rio de Janeiro.

The new appointments come at a time of continued growth of the company in the region: Brazil today is within the top 5 overall market growth in terms of users, while Mexico is in the top 10 and Colombia in the top 20.

The digital marketing firm IMS (Internet Media Services), with which Twitter has a partnership for ad sales in Latin America, will continue operating in the region on Twitter’s behalf. “Thanks to the enormous success of our partnership with IMS Social , we will continue to find new opportunities to better serve our customers and make our team grow. We look forward to continue working with IMS; specially on building a direct sales force to keep on growing our operations in Mexico and Miami,” said a spokesman for Twitter. 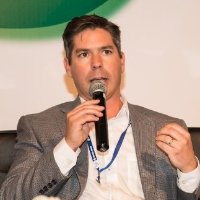 As proof of this continuing consolidation of the company’s operations in the region, Matthew Drinkwater, executive at Twitter, has been appointed Agencies Relations Director for Latin America, a role he will perform from Miami, where Twitter plans to open offices in the next quarter. Before taking up this job, Drinkwater established and led Brazil business operations, serving the needs of small and medium enterprises.

On the other hand, Carlos Moreira Jr was named Media Director for Latin America last year in September. The executive joined Twitter in July 2013, focusing on the Brazilian market. Thanks to its good performance, Moreira is now also responsible for expanding partnerships in the region with media personalities and companies and promote Twitter best practices in Brazil and worldwide, in different segments such as TV, music, sports, politics and journalism.

#Portadalat Speaker : Genomma Lab’s Ruben Leo Sarmiento on the Strategy of one of LatAm’s largest Advertisers