iDISC Collaborates in Updating Guatemalan Library for the K`iche Community

iDISC has provided financial assistance for a series of updates to the Nahualá library, located in a part of Guatemala strongly influenced by K’iche’ culture. The grand re-opening celebration was held on 18 June in Nahualá, a town of 45,000 inhabitants. The K’iche’ language is one of the most important Mayan language.

Founded in 1987, iDISC is a company that focuses on translation and adaptation of computer products for different languages and cultural settings around the world. For the past two years, iDISC has been assisting with various projects to benefit the K’iche’ community in Guatemala, in collaboration with a group of local translators and support engineers.

The K’iche’-speaking community is now using mainstream software for the first time in their native language. The company has established a permanent team in Nahualá to work on projects in Amerindian languages because many multinational IT companies have now added K’iche’ to their list of languages available for product commercialization and distribution.

In addition to K’iche’, iDISC also works with another Amerindian language, Quechua, thanks to a new translation team located in Bolivia.

The company also announced that will soon offer services in Aymara and Guarani.

iDISC’s dedication to Amerindian languages led the company to collaborate in updates to the Guatemalan library that include three new computers, a new children’s section, games to help children develop their abilities and skills, an LCD TV for watching educational programs, and a wide variety of books for teachers, students, and the whole town of Nahualá.

iDISC has 26 years of experience adapting multinational companies’ products for use in areas that speak Spanish (Spain, Latin America, and the United States), Portuguese (Portugal and Brazil), Catalan, Basque, and Galician. 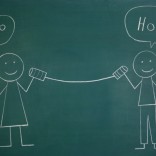