Starbucks Corporation , in partnership with PepsiCo, Inc.,  will market, sell and distribute ready-to-drink (RTD) Starbucks coffee and energy beverages in Latin America, starting in 2016.According to the agreement, Pepsi will use its expansive distribution network and local expertise in the region to sell and distribute Starbucks RTD beverages. These beverages will be available in 2016, across the Caribbean, Chile, Colombia, Costa Rica, Guatemala, Mexico, Panama, Peru, Puerto Rico and Uruguay.Starbucks and Pepsi have been partners for over two decades. North American Coffee Partnership (NACP) is a joint venture between the two giants, which had been formed more than 20 years ago. The new agreement for the Latin American market will benefit from the innovation that NACP has developed over the years. Starbucks has been operating in Latin America since 2002, having over 870 stores in 14 markets. Latin America is a very important market for Starbucks, since this is where the company gets a major portion of its Arabica coffee supply. Pepsi, on the other hand, has over 100 years of experience in the region.

Clothing retailer Forever 21 has opened its newest store in Puerto Rico in Las Catalinas Mall.The opening marks the retailer’s fifth location in Puerto Rico, a 13,773 square-foot store.The new location brings Forever 21’s presence in the US to over 494, with more than 700 stores in 48 countries worldwide.

Under the general creative direction of Fabio Mazia, Publicis Buenos Aires presents “Couple”, the new Renault Duster campaign, which will air in Latin America, South Africa and several countries in Europe. The effort is based on the concept of those who ”have a good time, having a hard time,” which the brand uses globally.The story is based on a couple looking to enjoy those situations that are always unpleasant.With this initiative, Renault Duster is introduced to encourage people to leave the comfort zone and start enjoying. The commercial was produced by Primo Buenos Aires.

Marriott Caribbean & Latin America Resorts has launched its “Fit in Paradise” program featuring popular YouTube fitness personality and blogger Sarah “Sarah Fit” Dussault to show viewers and guests how easy it is to stay healthy and active while visiting any of the collection’s eight resorts. As part of the initiative, Sarah Fit is visiting each of the collection’s resorts, where she is filming a series of workout and lifestyle videos which will be rolled out across her social media channels, as well as those of Marriott Caribbean & Latin America Resorts. These videos will feature Sarah Fit engaging in a specific workout set amidst the backdrop of each resort.In addition , she is also producing videos that showcase the resorts themselves, as well as their local destinations. Viewers will be able to follow along with Sarah’s adventures as she navigates her favorite activities and experiences at each resort. The Fit in Paradise initiative will be available at the following Collection properties: Aruba Marriott Resort & Stellaris Casino; CasaMagna Marriott Cancun Resort; CasaMagna Marriott Puerto Vallarta Resort & Spa; Curacao Marriott Beach Resort & Emerald Casino; Frenchman’s Reef & Morning Star Marriott Beach Resort; Grand Cayman Marriott Beach Resort; JW Marriott Cancun Resort & Spa and St. Kitts Marriott Resort & The Royal Beach Casino. To follow Sarah Fit’s travels,guests must search #FitInParadise on Facebook, Instagram and Twitter. 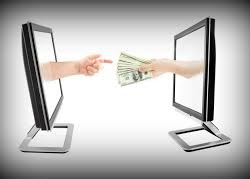