Brazil is one of the fastest growing markets in online video usage.  Recent ComScore figures show that the growth is not coming from new users but from the same viewers watching an increasing number of videos and spending more time doing so. Between December 2011 and January 2013, Brazil kept its 42.9 million online video viewers and the share of internet video users decreased from 83% to 81.4% in that period, according to comScore and an e-marketer study.

According to comScore figures , in January 2013 the number of online videos per viewer in Brazil grew 18%—from 109 to 128—while viewers were spending almost 50 more minutes streaming videos compared to December 2011. These numbers put Brazil ahead of UK, US and worldwide averages in terms of online video growth.

Video sharing on social networks in Brazil is growing fast. Facebook shows over a 400% of growth in video viewing between December 2011 and December 2012.

Google remains on  top of the properties chosen by on-line video viewers in  Brazil with  38.9 million unique viewers, but it decreased a 7% compared to December 2011. VEVO is in second place with 17.7 million unique video users.

According to e-marketer and M.sense online video viewers in Brazil have a  strong interest in music.  Music videos are followed in popularity by humorous videos and movies. 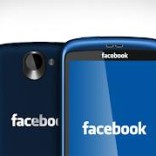