According to Anatel, Brazil´s telecommunications regulator, mobile phone users increased in April by 0.19% compared to the prior month.  The number of total mobile users in Brazil increased to  264.55 million, with 500,000 new subscribers in April.

Anatel also reported that in March new subscribers were added by 1.01 million, with  0.38% more than in February.

Vivo, controlled by Spain’s Telefonica SA, ended April with a 28.83% of market share. In the previous month, Vivo reported a share of 28.78% .

TIM Participacoes, owned by Telecom Italia, increased its market share in Brazil from 26.98% to 27.01%. 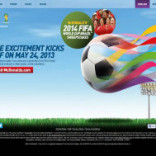