@PortadaMexico13: Key Marketers on whether Optimism has turned into Scepticism

“The rise of Mexico”. This was the rosy front cover of a The Economist magazine edition a year ago. While Mexico enjoys macroeconomic stability, Enrique Peña Nietos’ new Mexican government recently announced 2013 GDP growth expectations of slightly above 1%. The implications of this low growth rate for the Mexican Advertising and Media market were the focus of a panel at Portada’s 2013 Foro Mexico de Publicidad y Medios last Thursday in Mexico City.
Key marketers from Banamex, Blackberry, Samsung, Wyndham Worldwide and Havas Media

weighed on whether the optimism from a year ago has now turned into scepticism or even pesimism. Panel moderator Santiago Duran, Digital & Catalyst Director at Havas Media Mexico, noted that 2013 Mexican Government driven Marketing and Advertising programs have suffered sharp declines. Another factor which could decrease 2014 Advertising volumes is Mexico’s classification to the 2014 Soccer World Cup. (Mexico, a group favorite, was third in its group and will have the chance to play New Zealand in a play-off for World Cup qualification next month). According to Duran, if Mexico does not classify to the World Cup, the impact on advertising activity as a result of the non qualification could amount to 2% of overall 2014 Mexican Advertising volumes.

“We are not going to stop marketing credit cards or mortgages if Mexico does not qualify for the World Cup.”

Mercedes Lopez Arratia, Head of Digital Marketing and Premium Marketing at Banamex, and the Sponsor of  Mexican Soccer star “Chicharrito”said that she doesn’t think that a possible non World-Cup classification will have a major impact on her marketing plans. “We take a financial portfolio approach to our different sponsorship assets. We are not going to stop marketing credit cards or mortgages if Mexico does not qualify”, she noted.  Rosa Maria Grados, Marketing Director-Mexico, Central America and Caribbean at Blackberry noted that the World Cup does not have a major impact on her marketing plans. Neither does it on Samsung’s plans, said Alejandro Aleman, Digital Marketing Director at Samsung Mexico. Blackberry’s Grados noted that she sees the low capacity of Mexico’s data network as one crucial growth constraint. Alicia Trujillo, Social Media & Strategic Projects Supervisor and Wyndham Worldwide/RCI agreed with Grados.
0 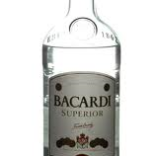 Amazon’s Huerta: “We are on minute 5 of a 90 minute soccer match”