Content distribution is key for the monetization ambitions of Multichannel Networks (MCN’s). Opera TV just closed deals with Pan Latin MCN Fav Network and Brazilian NWB to make their content accessible to viewers on its destination for connected TVs.

Juliana Psaros, Senior Manager, Content Acquisition, TV & Devices Latin America at Opera TV tells Portada that Opera is now distributing five channels from the FAV network.  “By the end of the year, we will be adding more of their channels on our platform. Through our app creation tool, Opera TV Snap, any content provider can integrate their videos and create their own channel on connected TVs in a few minutes and at no cost. FAV! Network, like many other networks we are partnering with,  integrate their channels directly from their Dailymotion account.” 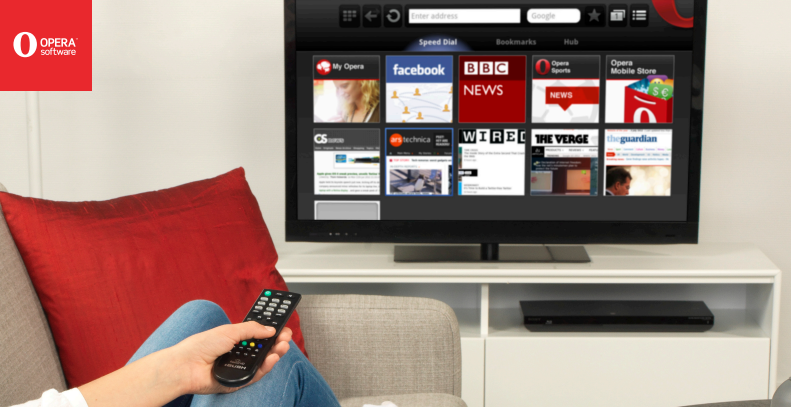 According to Psaros, MCNs in the United States have been launching their OTT content on the biggest screen in the living room, and MCNs in the U.S. Hispanic market and Latin America are no exception. “FAV! is doing a great job on the internet environment, working with great LatAm talents and expanding their presence on the web and we are now pleased to bring them into millions of living rooms.”
Opera also just closed a deal with NWB Network Brasil and is starting to distribute their channel Desimpedidos, which has more than 1 million subscribers and is a funny show about football. Says Psaros, “We are partnering with Rede Snack and currently distributing six channels from them. The LatAm webTvs FWTV and WANZ (WeAreNotZombies) is currently distributed worldwide on Opera TV. We have direct deals with channel’s owners such as Manual do Mundo (a Brazilian sensation), Marinando (cooking channel – hosted by the Brazilian actress Marina Person) and Petiscos (beauty-channel, hosted by Julia Petit).”

Opera TV attempts to offer content providers an easy and affordable way to get their videos onto millions of connected TVs worldwide.

Opera TV’s – which is part of the same company as Opera Media Works (which bought Hunt Mobile two years ago), main goal is to offer to content providers in Latin America and the U.S. Hispanic market, an easy and affordable way to get their videos onto millions of connected TVs worldwide. “From major broadcasters to small production companies and distributors, VOD services, MCNs and publishers, we want to bring great Latin American content to audiences on the biggest screen in the home. In addition to partnerships with local MCNs, we are also distributing brand channels such as Coca-Cola FM; several channels from broadcasters through our partnerships with Telesur and TV Cultura; VOD service such as local SVOD providers Qubit TV and Netmovies; Free VOD services such as CinemArgentino and Filmes Que Voam, “Psaros concludes.
Opera TV’s main assets are:

Opera TV Snap – An industry-first, end-to-end solution that allows content publishers to create and submit a Smart TV app into the Opera TV Store quickly and easily, for free.