What? Hasbro has consolidated the majority of its global media business at OMD.
Why it matters? The media decision trails Hasbro’s shift of a sizable part of global creative business to WPP’s Grey.

Most of Hasbro’s global media business has been consolidated at OMD, holder in 15 international markets, including Europe and China.
The U.S. is among the new markets recently added by the Omnicom media agency, which had formerly been handled by Interpublic Group’s Initiative. Meanwhile, GroupM’s Mediacom is retaining the toy maker’s business in Latin America.
According to Nielsen, Hasbro’s annual media spending worldwide is estimated at US $300-$350 million and its’ last year expenditure in the U.S. alone was of nearly US $100 million in media.
This media decision follows Hasbro’s intended shifting of a substantial share of global creative business to WPP’s Grey. In the media field, WPP offered a broader GroupM solution to the Pawtucket, Rhode Island company.
Agencies either did not return calls or brought up calls to Hasbro, which could not immediately be reached. 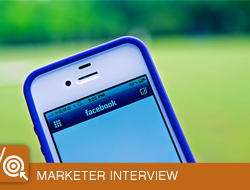