The Cisneros Group, through its Cisneros Interactive Group (CIG), made an initial investment of $10 million in Mobly, Brazil’s home furnishings webstore and part of Rocket Internet’s corporate portfolio.  The total investment could top $20 million in a year.

This investment is part of our commitment to diversify and strengthen our digital business network in the areas of e-commerce and digital advertising, emphasized Adriana Cisneros de Griffin, Vice Chairman & Vice President of Strategy of the Cisneros Group.

“Mobly is about to break into the traditional retail market of home furniture and décor and expand its dominance throughout Latin America, having the industry’s leading selection of top-quality items, excellent customer service and fast delivery that’s second to none.”, she adds.

Mobly was launched in Brazil just over 18 months ago and has already more than 6 million visits per month.  Today, its catalogue exceeds 45,000 products. Mobly has grown more than 150 times since its first month of operations, according to the company state.

“Mobly´s website has already surpassed the mark of 300,000 products sold and we closed our first fiscal year with a total revenue of $180 million in sales,” stated Victor Noda, Mobly’s co-president, along with Marcelo Marques and Mario Fernandes.

“Brazil represents almost 65% of the e-commerce in the region and it continues to grow thanks to the progression of the country’s middle class, the penetration of the Internet, and the surge of credit cards and other electronic payment methods.  It’s a market with great potential,” said Victor Kong, Chief Digital Officer of the Cisneros Group.

In 2012 the Cisneros Group of Companies founded RedMas, an online advertising network with 60 million unique users in Latin America and the U.S. Hispanic market, and which is the exclusive representative of Yahoo! in Venezuela and Peru.  In addition, CIG acquired Adsmovil, the largest mobile ad network to serve the Hispanic community in the United States and Latin America in both Spanish and Portuguese.

With RedMas and Adsmovil, CIG operates in United States, Mexico, Colombia, Venezuela, Peru, Brazil, Chile, Argentina and Uruguay.  In addition, CIG continues its expansion in the e-commerce sector, investing in Cuponidad, a daily deals website in Colombia, Peru and Venezuela; Idea.me, a crowdfunding website that covers Latin America; and Queremos, a fans-funding site for concerts and events.

Telefónica sells 40% of its Assets in Central America 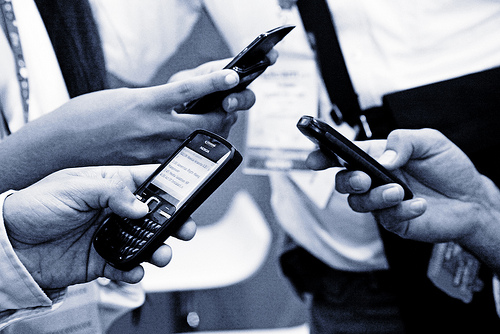