McDonald’s has appointed Atif Rafiq as chief digital officer. The executive will be in charge of looking for ways to connect to consumers, particularly in the mobile space. McDonald’s is currently testing mobile payments in the US, including mobile ordering. Atif Rafiq is to join the business in two weeks and will set to work on ecommerce strategy, reporting to chief brand officer Steve Easterbrook.  Rafiq was formerly general manager for Kindle Direct Publishing at Amazon, responsible for overseeing global product management, marketing, design and development. Prior to that, he was at Yahoo and he has also held roles at AOL and Goldman Sachs.

Tiffany & Co executive vice president Frederic Cumenal was promoted to president. He joined the US jewellery brand in 2011 from LMVH and will be overseeing its design, merchandising and marketing functions.

Profero, an independent digital agency, has appointed Roberto Ramos as Managing Director for Latin America. In this position, Roberto will lead the agency’s expansion into the region. His initial focus will be on bringing rising Latin American brands to the U.S. and markets around the world, as well as identifying strategic opportunities to open offices in Brazil and Mexico to service the international needs of existing clients. Ramos will continue to be based out of Profero’s New York headquarters.

Spanish Broadcasting System Inc., (SBS) announced the appointment of Mr. Berry Jasin to Mega TV Revenue Chief & SVP of National Sales, Consolidated. Mr. Jasin will be responsible for overseeing the revenue and profit performance of Mega TV’s consolidated operations, including all local, regional and national revenue categories as well as paid programming and retransmissions revenue. Mr. Jasin will remain based in Miami, Florida and will report to Albert Rodriguez, COO of SBS.

This Thursday #PortadaMexico13 with Amazon, Banamex, Samsung and many more…. 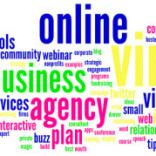