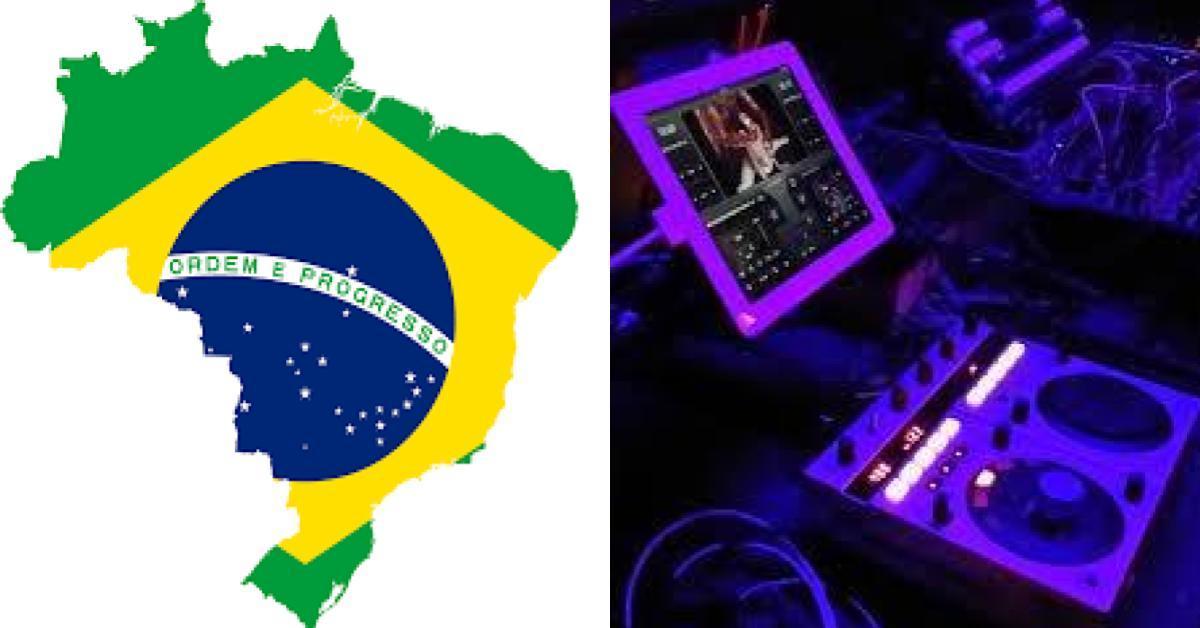 In this new article of Portada’s new Brazil Corner feature, Carla Ponte and Luiz Duarte describe the latest trends in the Brazilian Pay-TV market, the eighth largest worldwide.  While subscribers have declined, a substantial increase in audience per minute and higher advertising investment bode well for the sector’s future. More than eight in ten marketers consider Pay TV a key tool for brand communications in Brazil.

By Carla Ponte with Luiz Duarte. 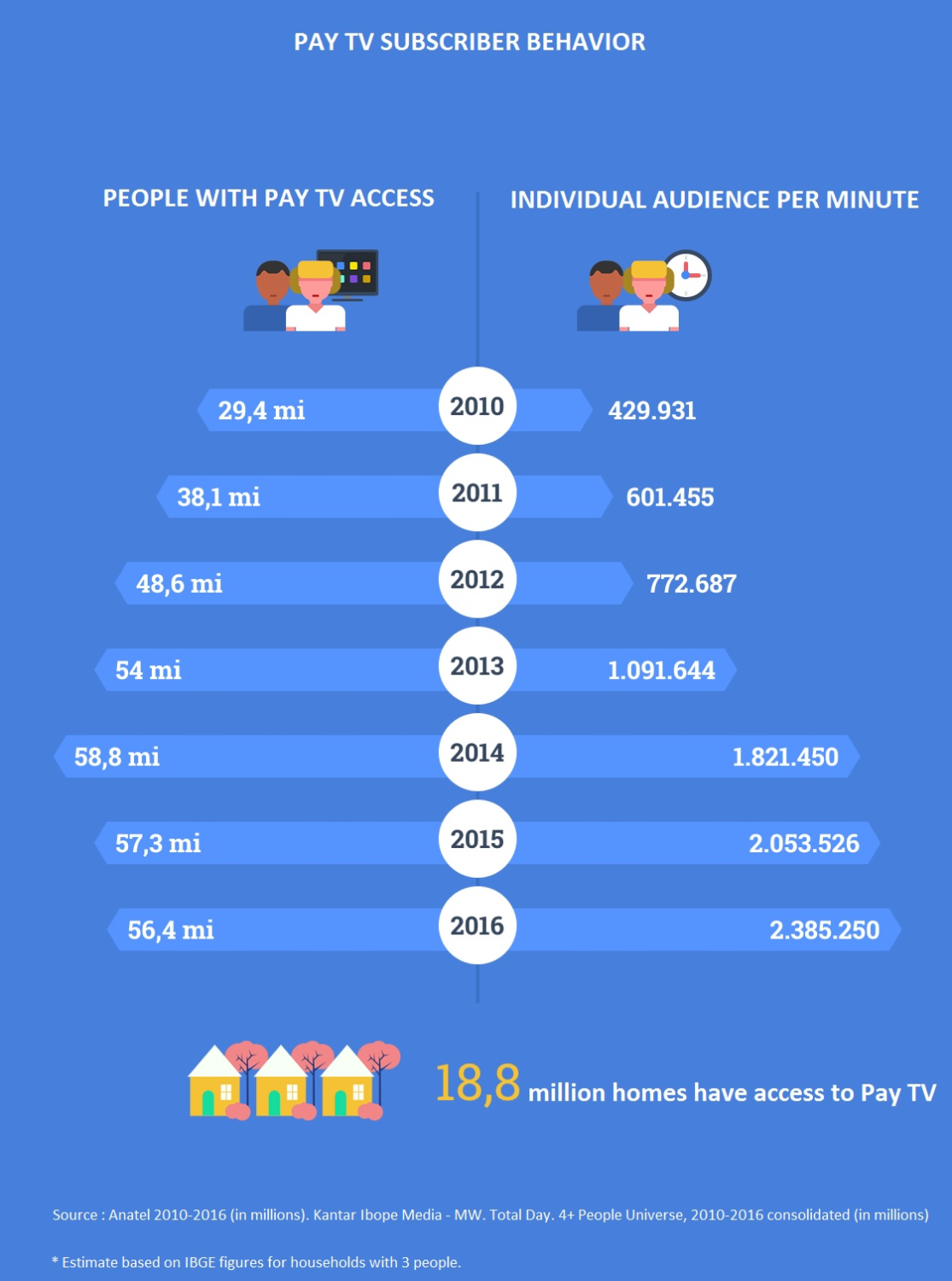 Brazil is the eighth Pay TV market in the world and despite losing one million subscribers in the past two years, it retains a strong interest from the advertising community.  According to a study published in June at ABTA’s Mídia Fatos (ABTA is the Brazilian Association for Pay TV) Web site, between 2015 and 2016 the advertising investment in the sector increased 9%, jumping from US$4,5 billion to US$4,9 billion (1USD/3,3BRL). The figures, coming from Kantar Ibope Media, are significant, considering that Brazil’s economy was officially in a recessionary period and Pay TV is not a must-have product.

The survey also indicates that Pay TV’s audience per minute more than doubled since 2013. Although the number of subscribers is suffering a huge drop in Brazil, those who did not “cut the cord” are spending more hours watching Pay TV. Ironically, for some analysts this is a consequence of the economic crisis itself. For those who could keep the service, the variety of channels became a viable entertainment alternative, much cheaper than going out.

Those who did not “cut the cord” are spending more hours watching Pay TV; audience per minute more than doubled since 2013. 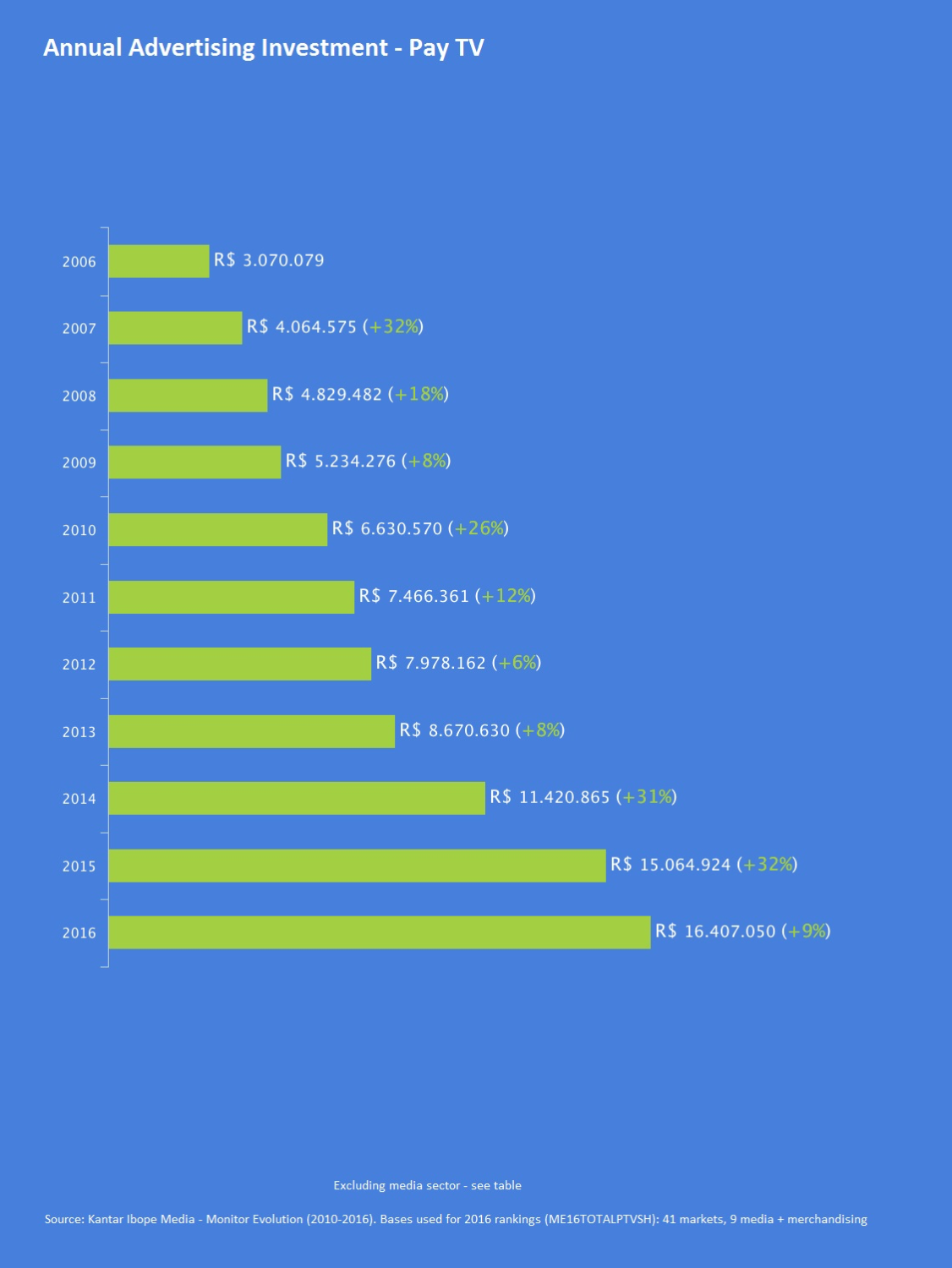 A SOLID POINT OF VIEW

For the advertising market, these figures represent a very strong message. “Pay TV is already part of people’s life and a key tool for brand communication,” says Maurício Almeida – Media General Director at F/Nazca. As a top Brazilian ad agency, part of Saatchi&Saatchi International Group, F/Nazca is not alone in this conclusion. According to PMV – Pay TV, an annual research focused on Brazilian Pay TV, some 86% of advertising professionals have a positive perception of the industry. As Almeida summarizes , ”Pay TV offers very interesting planning possibilities with a qualified audience, which is a main target for the clients, besides segmentation and communication flexibility.”

The PMV is conducted by Singular Arquitetura de Mídia with marketing executives of major advertisers and media companies, including the top ad agencies in São Paulo and Rio de Janeiro. “We present them a list of 12 possible strengths and weaknesses related to the media outlet, such as segmentation, engagement, interactivity, among others”, explains Geraldo Leite, Singular Partner – Director, responsible for the survey.

Pay TV reaches less than 30% of the homes in the country.

For practically all (99%) interviewees, the main strength of Pay TV is its role in complementing other media buys. Advertisers can acquire a larger audience reach at a fraction of the cost of broadcasting options, while at the same refining the target through careful selection of channels better tuned to their consumers. Almeida explains that media planning is a combination of various points of contact with clients. “And Pay TV is a strategic point due to its capacity to engage audience as a second screen, amplifying the coverage and the value of the message sent by video.”

Among all items evaluated in the PMV – Pay TV study, only one stood out as a weakness: the lack of penetration. Pay TV reaches less than 30% of the homes in the country. But not even the recent cracks on this limited subscriber base seem to shake the confidence of the marketers on Pay TV. ”These are temporary bumps directly related to the economic crisis, but the main strategic strengths of Pay TV are preserved”, says the F/Nazca Saatchi&Saatchi executive.

In Brazil, TV takes 73.8% of all non-digital advertising investments.

On the other hand, the advertising executives are already alerting television distributors about the growing fragmentation of audiences. Almeida reinforces that “It is essential to invest in technology, such as Video on Demand and TV Everywhere, to keep up with the growing tendency of consuming content on different screens and platforms, anywhere and anytime.” 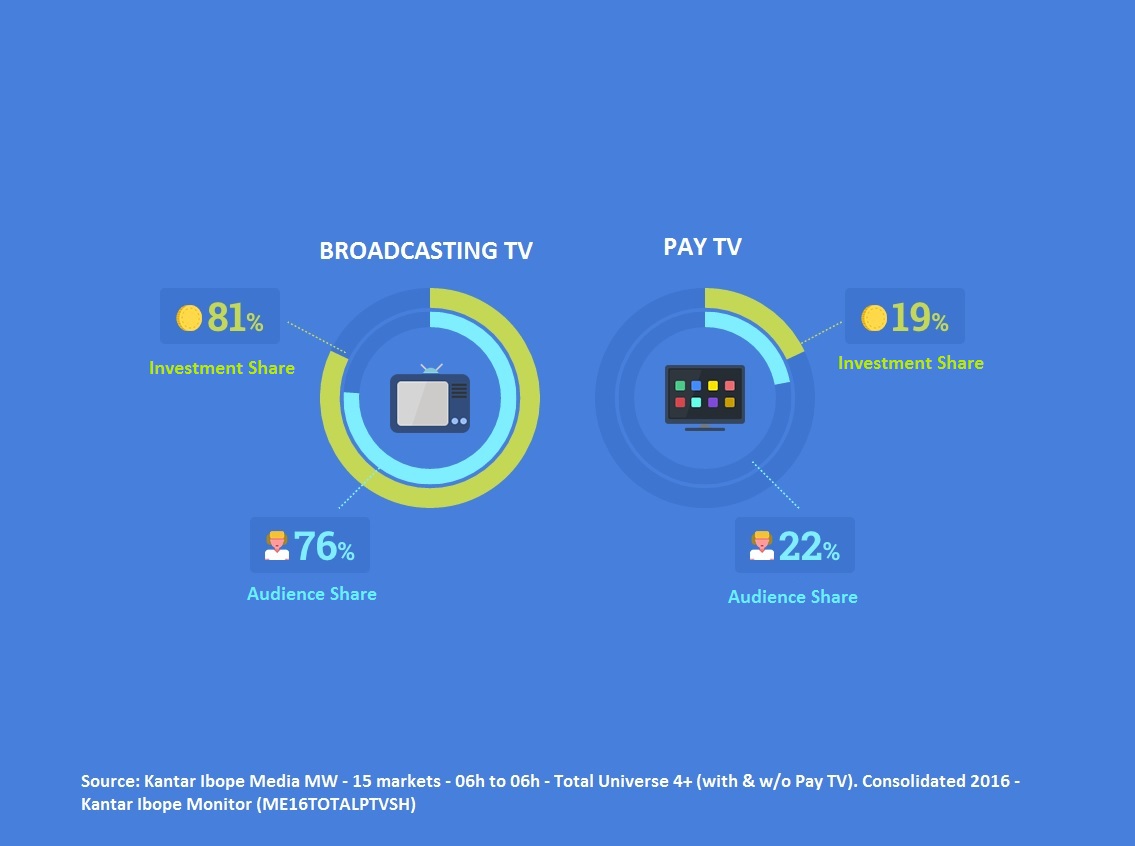 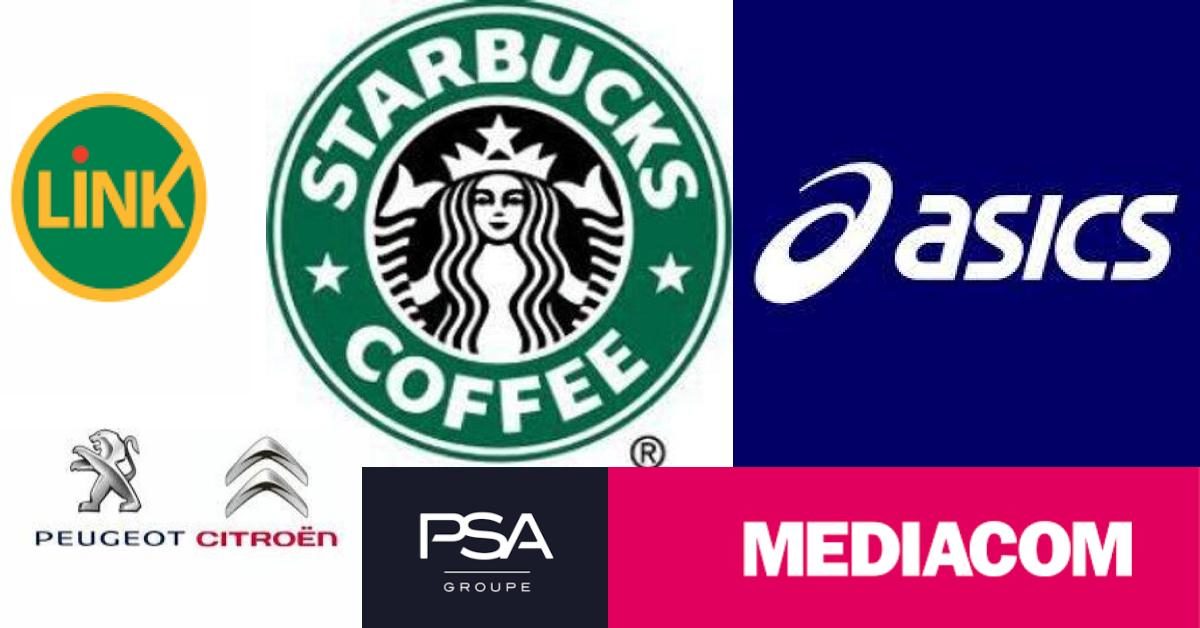 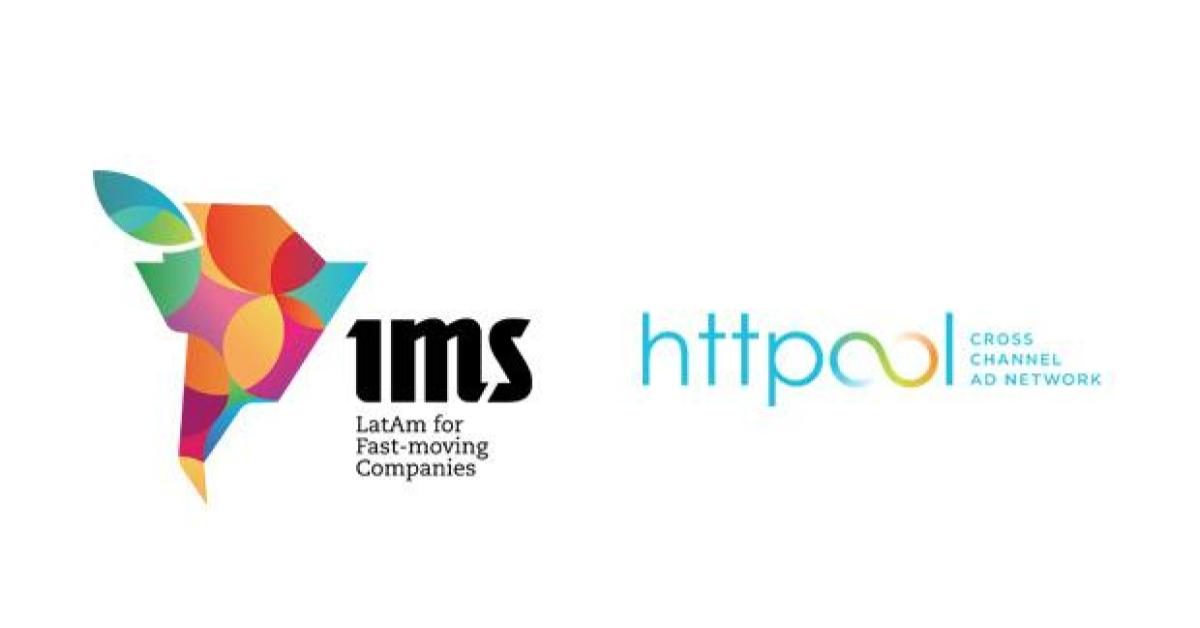 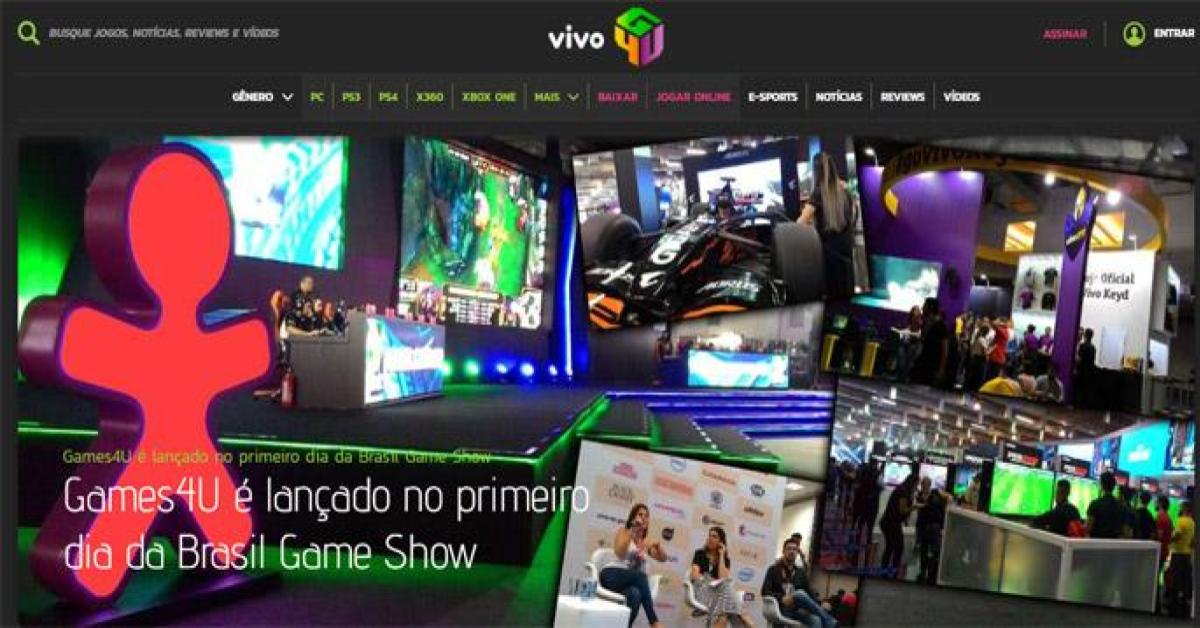 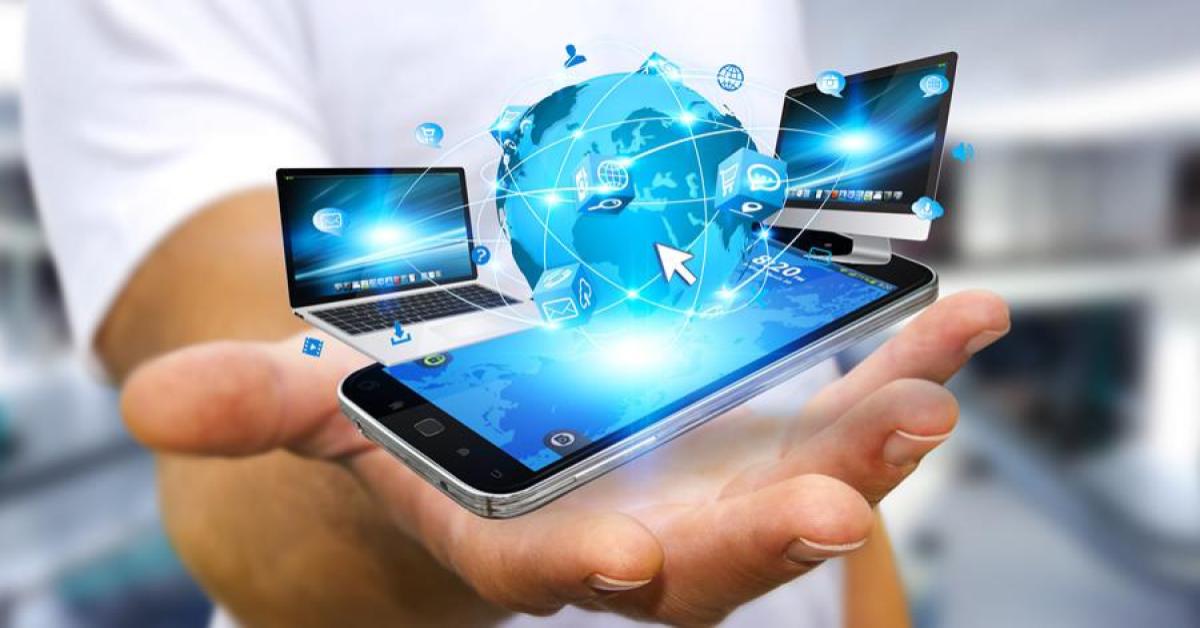