Spending in online video advertising is expected to surpass the US $ 4 billion mark in the U.S.. While sales volumes are nowhere near that level in Latin America, the market is growing at a very rapid pace and likely to exceed the US$ 200 million level this year. More than 50% of that in Brazil. Below the 10 main  questions you need to be able to answer in order to plan and buy online video in Latin America.

1. What are the main Latin American countries in terms of online video advertising volume? 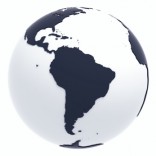 Brazil, Mexico, Argentina, Colombia and Chile (in that order). “More and more clients are moving to video advertising because of the natural possibility to use their TV spots online. This is good because it is making online video advertising a real channel,” says Xavier Mantilla,  Partner – Client Manager at  UM Latin America in Miami.

2. How can I buy online video advertising in Latin America?

Online Video can be bought through most Latin American online ad networks or DSP’s  like Batanga, Alcance Media or  Pulpo Media. Also through globally present players that have a presence in the region like Google’s Invite, Digilant or Mediamath. Impaktu is a online video ad network that specifically focuses on online video in Latin America. Of course, online video can be also bought from publishers directly, notably the large local newspaper groups as well as regional players such as Google’s YouTube, which boasts more than 110 million users in Latin America, ESPN, Yahoo!, Terra, MSN  or Sony Crackle, Netflix.  “We are all incorporating video in all our sites, learning how to edit and present news in this format which is not TV; in this process we incorporate pre-rolls. But our focus is to create an audience for our videos,” says Guido Conterno, Executive Director at GDA, a network of major Latin American newspapers.

3. How much inventory is available?

There is no clear answer to this. According to the GDA’s Conterno, there is not a lot of inventory yet  in 2013. ” Inventories are still low and traffic is growing as users learn to view videos online.”  UM Latin America’s Mantilla, says that “from a  video inventory perspective there is more than enough. “The big portals and providers all have technology that allows you to use video assets on their pages, so I think that all ads can be video given that there is a lowering of the technology barrier for this to happen. Also there are great video ad networks now in the region, so inventory is still not an issue.”  “We see very strong affinity for online video  in markets such as Argentina and Chile, where monthly online video reach is above 90% compared to approximately 85% in the U.S., ” says Maren Lau, SVP Marketing and Corporate Development at IMS, a Miami headquartered media placement firm. She adds that according to a recent comScore study, Brazil – with 43 million video viewers – ranks 7th in the top 10 largest online video markets worldwide. Todd Wilson,  SVP Managing Director at Starcom Mediavest Group, notes that “as Latin-America internet penetration grows publishers are investing in technologies to create an appropriate ecosystem for online video advertising that equals more inventory for them to sell.

4. What is the typical audience for online videos in Latin America?

Online video is a medium which skews young.  Consumers under the age of 34 make up nearly 60% of video consumption in Latin America.  There is tremendous opportunity for brands to engage with this key demographic now via online video advertising, creating brand relationships that can grow over time.

5. Has Latin American Online Video Advertising standardized its formats so that it now can be traded through DSP’s and Ad-Exchanges in Real Time Bidding processes?

There seems to be room for improvement here: According to Carly Bellis, founder of online video advertising network Impaktu, ” Many local publishers are still catching up to become VAST compliant and the exchanges from the US, for example, have limited participation/inventory from Latam premium sites.”  (VAST: Video Ad Serving Template)

6. What are the typical CPM’s for online videos in Latin America?

Impaktu’s Bellis, notes that  video CPMs can vary substantially by country. “For example, we have seen that CPM’s in Argentina tend to be lower than other markets, and based on the quality of content. Local publishers, and local language publishers are able to secure higher CPMs than non-local publishers.  However, overall, CPMs in Latam are pretty consistent with U.S.  CPMs.” Maren Lau, SVP, Marketing and Corporate Development at IMS says that “we’ve found pre-roll placements to be particularly effective in capturing viewers’ attention.”

7. In the U.S. the CPE (Cost per engagement) measure is one of the main metrics for online video advertising measurement. Is that also the case in Latin America?

CPV (cost per 100% view) is becoming more prevalent in Latin America. CPV  means that the advertiser pays only when 100% of the video is seen.   CPC (cost per click) is not typically used for video campaigns as it fails to account for the branding element and TV-like experience of in-stream video advertising.

The majority of advertising dollars are spent locally, in-country.  Panregional, mostly Miami based buys into at least three countries, amount to between 5-10% of total volume.Some of the larger, well-established brands in telecommunications, food & beverage, and consumer packaged goods buy panregionally.  In terms of where they are buying from, it varies by brand. There are also major panregional buys  from Colombia, Costa Rica, Panama, and Mexico. “We have also found that  Central America buys are often done panregionally; for example, a media buying agency in Costa Rica buys for Costa Rica, Panama, Guatemala and El Salvador,” says Impaktu’s Belli’s.

9. What are the main ad-categories?

According to most executives interviewed by Portada for this interview they are Automotive, Telecommunications and Food & Beverage.

10. Is mobile video consumption a factor in Latin America?

Impaktu’s Bellis notes that mobile  is a small percentage of overall video consumption. because smart phone penetration is still low throughout Latam, as is 3G , although expect higher numbers in Mexico and Brazil than the rest of the region.  In addition,most of the premium broadcasters and print publishers who offer video online do not have video players that are compatible with all of the different mobile devices nor do they offer apps with video.  “We expect that to change and mobile offerings to advance over the next 1-3 years,” Bellis concludes.