LINKAGE : Everybody Loves Hispanics, All of a Sudden 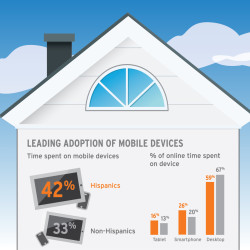 Advertisers and demographers are waking up to the value of Latino consumers, with kudos from The Economist and Nielsen, as Toyota says thanks to LA locals.

Not only are Hispanic Americans heavy and enthusiastic users of all kinds of media, their behavior can also help brands and agencies understand the direction the rest of the country will take. Hispanic consumers are bellwethers for overall media use, according to a study by Specific Media and SMG Multicultural. 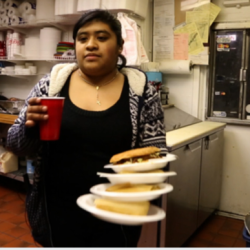 So says a new report from Nielsen, thrillingly titled The Multicultural Edge: Rising Super Consumers. They’re talking about Hispanics, African-Americans, Asian-Americans, and all other multiculturals, who already make up 38 percent of the U.S. population. Nielsen says, “[M]ulticultural consumers … simultaneously maintain their cultural heritage and see themselves as part of the new mainstream, allowing them to mix and match endless choices and products to suit their effortless duality in lifestyles and tastes.”

Even the august Economist has woken up to Hispanic Power. A recent Economist article details how important Latinos are to the United States economy. In fact, the growing number of U.S. Hispanics could provide a cultural and economic edge to our country, it says:

From Europe to north-east Asia, the 21st century risks being an age of old people, slow growth and sour, timid politics. Swelling armies of the elderly will fight to defend their pensions and other public services. Between now and mid-century, Germany’s median age will rise to 52. China’s population growth will flatten and then fall; its labour force is already shrinking. Not America’s. By 2050 its median age will be a sprightly 41 and its population will still be growing. Latinos will be a big part of that story.

YouTube recently began offering the ability to run campaigns targeting Hispanic audiences as part of its Google Preferred option, according to the Wall Street Journal blog.

YouTube Hispanic lets advertisers buy upfront for a guaranteed audience, using a variety of factors to find video that will appeal to Hispanics. 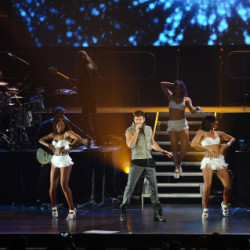 Toyota gets personal with LA customers

The automaker celebrated its tenth year as the top automotive brand among Hispanic consumers with a private concert with Ricky Martin. It invited some Toyota owners from the Los Angeles area to the showcase at Nokia Theatre L.A. LIVE and showcased them during the event.

Is Miami still the Capital of Latin American Marketing and Media? 8 Things You Need to Know