What? The US Food and Drug Administration (FDA) has released a draft guidance document with insights on how companies should use social media channel.
Why it matters?Such is the relevance social nets have acquired for the food and drugs industry that a new regulation has been realesed.

The US Food and Drug Administration (FDA) has released a draft guidance document that offers insights into how the agency thinks companies should use—and not use—social media channels.

The pharmaceutical industry’s advertising and promotional materials are regulated by FDA and the Federal Trade Commission (FTC).

Information required for advertisements is extensive. Facts backed up by substantial and cited evidence , a full accounting of risks, a “fair balance” of benefits and risks of the drug, the generic name of the drug, any serious warnings ,etc. are some of the vast variety of elements they must contain.

FDA has confirmed that a full guidance document on social media—one required by the Food and Drug Administration Safety and Innovation Act (FDASIA) of 2012—is on track for its anticipated July 2014 release date. Whatsmore, FDA has been working on another guidance document, focused on elements of social media.

The Fulfilling Regulatory Requirements for Post marketing Submissions of Interactive Promotional Media for Prescription Human and Animal Drugs and Biologics released on 13 January 2014 is the agency’s attempt at describing how companies can submit their materials to FDA for review.

Companies are now supposed to submit advertising and promotional documents to FDA through Form FDA-2253 (human) or 2301 (veterinary)  allowing FDA the opportunity to review materials instead of being forced to track them down themselves.

But as it is conceded in the guidance, “at the time of initial dissemination” isn’t always practical, especially because communications are being conducted in “real time,” such as on Twitter. While the guidance doesn’t say anything about this, regulators appear to have come to the conclusion that real-time reports would be messy.

According to the guidance any materials posted to a social media site under direct or indirect control or influence of the firm must submit materials to FDA’s Office of Prescription Drug Promotion (OPDP), even if that influence is “limited in scope.”

However, according to FDA: “If a firm has any control of, or influence on, the third-party site, even if limited in scope, it is responsible for submission to FDA to meet the post marketing submission requirements.” This means that the control also extends to its employees when they are acting on behalf of the company, such as a company-directed tweet from an employee’s private account.

FDA recommended firms to be transparent in disclosing its involvement on a site by identifying the user-generated content (UGC) and communications of its employees or third parties acting on behalf of the firm.

In the case a company is participating in active (“real-time”) discussions on Twitter, it will need to submit information to FDA on a monthly basis, with a listing of all websites. Though, it won’t have to submit screenshots of conversations.

Sites controlled by third parties on behalf of the company will be subject to the same monthly reporting schedule, according to FDA.

The guidance notes also stated that FDA will need to be notified “on the first day the firm ceases to be active on a site.” 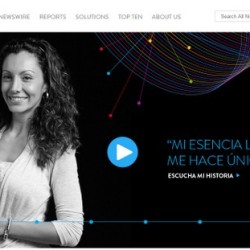 KLM best in travel social benchmark according to eDigitalResearch report