What: Major League Soccer (MLS) and U.S. Soccer have closed an 8-year agreement with sports and entertainment powerhouse IMG to market and distribute international media rights.
Why it matters:The deal includes both MLS and U.S. Men’s and Women’s National Team matches played on American soil, as well as qualifying games for two World Cup cycles but leaves out media rights of MLS, U.S. Soccer in the United States and Canada. IMG will market the rights across all platforms including digital and gaming. 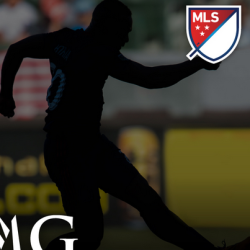 Major League Soccer (MLS) and U.S. Soccer have partnered with sports and entertainment powerhouse IMG to market and distribute international media rights for the two soccer organizations for the next eight years. The deal was closed between IMG and Soccer United Marketing (SUM), which represents MLS and U.S. Soccer’s commercial rights.

The long-term agreement, from 2015-2022, includes both MLS and U.S. Men’s and Women’s National Team matches played on American soil, as well as qualifying games for two World Cup cycles. It does not affect the media rights of MLS, U.S. Soccer in the United States and Canada. The rights to MLS and U.S. Soccer matches were already picked up by ESPN, Fox, and Univision through a deal early this year.

IMG, a company that specializes in events and media licensing, will market the rights across all platforms including digital and gaming. Since 1999, the IMG Academy has become a factory for developing quality MLS and US Soccer players under the program “Project 2010.” Despite Project 2010 no longer exists, the IMG Academy is still used to house U.S. U-17 residency program as well as provide the training grounds for Generation Adidas.

“With two new expansion clubs in New York and Orlando, global stars like David Villa, Frank Lampard and Kaka set to join the league, and players representing almost 60 countries, 2015 will be an exciting year for MLS. IMG’s expertise and unique position in the global marketplace make them the right partner for us and together we’ll grow the league’s global footprint.” said Gary Stevenson, President and Managing Director, MLS Business Ventures.

Ioris Francini, President of IMG Events and Media, said: “Football in the U.S. is very much on an upward curve following the U.S. Men’s National Team’s excellent showing in the World Cup in Brazil and the continued expansion and development of MLS.MLS is experiencing vast growth in attendance, investment, stadia infrastructure, TV audience and domestic and international player transfers. This is unlike any other league today.”

This is not the MLS and US Soccer’s first partnership. The organizatons are tied since the MLS’ formation in 1994 for developing both club football and the National Team. This partnership was recently brought up by MLS Commissioner when criticizing U.S. Men’s National Team Coach Jurgen Klinsmann.Currently the MLS regular season runs from March to October with 19 teams – 16 from the U.S. and three from Canada – taking part in the Eastern and Western Conferences. The top ten teams compete in the post-season MLS Cup Playoffs in November, culminating in the championship game, MLS Cup, in December.