Univision’s Steve Mandala: Back to Where it All Started 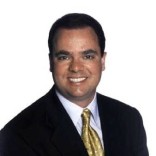 The first time Univision hosted an upfront presentation in New York City was in May 1997, when the then company President and COO Henry Cisneros unveiled the network’s 1997-1998 season programming, boasting a record number of live hours of news, information, novelas, sporting events and specials. That year was also the last at Univision for sales executive Steve Mandala, who moved on to Telemundo as vice president/Telemundo Station and Affiliate Sales.

Today, 16 years later, Mr. Mandala will co-host Univision’s upfront presentation in New York City, this time as Executive Vicepresident of Advertising and Sales, a position he assumed in October of 2012 after spending the previous 15 years in various leadership roles at NBCUniversal and Telemundo.

Portada’s Senior Correspondent Laura Martínez caught up with Mr. Mandala at his offices in Midtown Manhattan. An edited excerpt follows:

Portada: You are back in Univision after 15 years… What is that like?

Steve Mandala: It’s such a different company now… It is so different, it’s not even appropriate to compare it [with what it was like back then.] I can tell you this is my first real upfront with Univision. Univision today is a multimedia company with 12 network brands; 52 TV stations and 59 radio stations in all the top markets and a digital brands that we continue to roll.

P: What would you say is Univision’s main differentiator from, say, working at a bigger media like NBCU?

SM: Univision is big enough and complex enough to meet any client’s needs. And yet, we’re still small enough that we can get things done easily for our clients. We are not bureaucratic; so I think we’re at that perfect size.

SM: We are very optimistic about this particular upfront for two reasons. On the supply side, our ratings are up, but we have a lot more to offer our clients in addition to ratings; whether it is our transmedia offerings or made-for-web properties such as Flama, Uforia or UniMás. On the demand side, the economy continues to improve. Automotive sales are almost back at pre-recession levels; retail sales are very strong. Even the movie business, which is a tough business, continues to show growth; packaged goods is a very healthy marketplace.

P: How many brands or categories have you added in the last year?

SM: I can tell you we’ve grown the number of brands on our air by about 50 over the course of the last year.

P: Univision has strengthened its relationship with Televisa. Are you guys close to making a panregional sale?

SM: I don’t have a lot of tenure to speak about the history of the relationship. But my sense is that our relationship with Televisa has never been better. I can tell you that in the six months I’ve been here, the very senior leaders of Televisa have been unbelievably supportive. It’s never been better… As to a panregional deal, we don’t have anything to announce right now; but I think that is an interesting prospect, and so does Televisa.

P: What would you say are the main impediments for this?

SM: One of the biggest stumbling blocks to [a panregional deal] is to find clients who have the same products or services on both sides of the border and who market those products or services with the same strategies. I think there is great potential, though, especially with programs that we share. For example, Premios TvyNovelas [which aired 04/28/13]] is very interesting to us, because the idea of a single program that has a social media aspect to it, airing in both countries at the same time provides opportunities that we didn’t have either. I think this type of innovation will spark opportunities for clients.

P: How would you go about to make it happen?

SM: It’s a question of, ‘Do we find the brands that live on both sides of the border with the same strategies?’ or ‘do we create a program that lives on both sides of the border so that clients can tie into it?’ It’s a bit of a ‘chicken-and-the-egg’ situation. But here’s the good news: I don’t think it matters which one was first, if the chicken or the egg, because both have started to coalesce at the same time.

P: Is your team at Univision at all involved in selling advertising for Fusion, the ABCNews/Univision joint venture?

No. ABC is in charge. Our responsibility is to run the content in that venture. The ABC team is terrific at doing that. We’re happy and here to help but sales is their role.

P: Besides Enrique Iglesias, who is scheduled to perform today at your presentation, can we expect any other surprises?

Inevitably we always like to hold back a couple of things and I think it’s going to be the case this year too. Come to our show! You’ll find out soon enough.