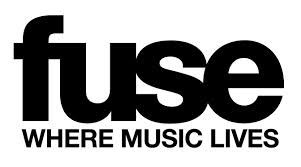 What: SiTV Media, Inc. , NuvoTV´s parent company, has reached an agreement with The Madison Square Garden Company to acquire Fuse Network for US$ 226 million in cash, a 15% equity stake in the combined company and a Board Seat. Fuse is dedicated largely to music, features original series, specials, exclusive interviews, live concerts and videos.
Why it matters:  NuvoTV will use Fuse to expand its audience. As Bloomberg points out,  even with Lopez’s star power, the channel can more easily gain eyeballs by acquiring another network than by trying to secure its own deals with pay-TV operators. Los Angeles-based NuvoTV reaches more than 32 million households, less than half of Fuse TV’s 73 million.

NUVOtv parent company SiTV Media, Inc. and The Madison Square Garden Company reached an agreement for SiTV Media to acquire the Fuse network from MSG. This was jointly announced by Michael Schwimmer, CEO of SiTV Media and its NUVOtv network, and Tad Smith, President and CEO of The Madison Square Garden Company. Fuse, a national network dedicated to music which became a part of MSG in 2008, reaches 73 million Nielsen subscribers nationwide and features original series and specials, exclusive interviews, live concerts and video blocks. As part of the acquisition, NUVOtv is planning to utilize Fuse’s current street front studio on Seventh Avenue – across from Madison Square Garden – to continue to create dynamic content.

Both networks will continue to operate independently.

Under the terms of the transaction, MSG will receive US $226 million, as well as 15 percent equity of the combined company, which will be subject to potential reduction based on certain performance goals. MSG will also gain a seat on the SiTV Media Board of Directors.

The completion of this transaction, which is subject to Hart-Scott-Rodino clearance and other closing conditions, is expected to occur in MSG’s fiscal 2015 first quarter between July 1 and September 30.For SiTV Media, LionTree Advisors LLC and Jefferies LLC served as financial advisors and Greenberg Traurig LLP and Goodwin Proctor LLP served as counsel, while for MSG, J.P. Morgan served as financial advisor and Sullivan & Cromwell LLP served as counsel. Financing commitments for the transaction were provided by Jefferies Finance LLC.

“The acquisition of Fuse represents a transformational event for us. Enhances our distribution relationships, dramatically expands our aggregate subscriber base, provides substantial economies of scale, affords unique opportunities for programming and cross-promotion and should be extremely appealing to the advertising community as we roll out our plans for both NUVOtv and Fuse,” Mr. Schwimmer stated.

“We are pleased that Fuse has joined the SiTV Media family, and are looking forward to the continued success of the network,” said Mr. Smith.

The networks will continue to operate independently. 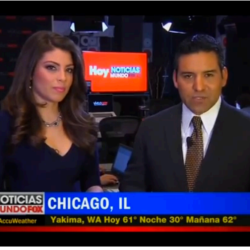