What? Cesar Conde is the new Ex VP of NBCUniversal
Why it matters: Conde comes to NBCUniversal from Univision, where he served as President since 2009.  NBCUniversal is one of the world’s leading media and entertainment companies. 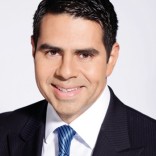 In this newly created role, Conde will focus on business development, strategic priorities and special business projects across the NBCUniversal portfolio of assets. He also will oversee the International Group led by the newly appointed Chairman Kevin MacLellan. Conde will be a member of the NBCUniversal Executive Committee.

“Cesar is an impressive business executive with both traditional and emerging media expertise,” said Burke. “His experience leading multiple domestic and international businesses will be instrumental in maximizing all the opportunities to grow our portfolio.”

While at Univision, Conde served in a variety of senior executive capacities since joining the company in 2003, and is credited with transforming it into a leading global, multi-platform media brand. Under his leadership, Univision’s main broadcast network became the number one network in America regardless of language for the first time in the company’s 50-year history in July 2013 and experienced record ratings and profitability for that same year. During Conde’s tenure, Univision Networks’ portfolio grew from three broadcast and cable networks to 14 broadcast and cable networks. Additionally, he recently announced the launch of the company’s first-ever English language network, Fusion, a joint venture with Disney’s ABCNews.

Social and community initiatives were core to Conde’s business approach at Univision and emphasized the importance of empowerment initiatives for the Hispanic community. He spearheaded the development of the “Es el Momento” national education initiative with The Bill & Melinda Gates Foundation, led the “Ya es Hora” Latino citizenship and voter campaign and launched the network’s first “Teleton USA” broadcast to raise funds for disabled children in need of rehabilitation services.

Prior to Univision, Conde served as the White House Fellow for Secretary of State Colin L. Powell from 2002-2003. Before his public service, he worked at StarMedia Network, the first Internet company focused on Spanish- and Portuguese-speaking audiences globally and in the Mergers & Acquisitions Group at Salomon Smith Barney.

Conde is a Trustee of both the Aspen Institute and the Paley Center for Media and a Full Member at the Council on Foreign Relations. He holds a B.A. with honors from Harvard University and an M.B.A. from the Wharton School at the University of Pennsylvania.