web platform that offers full-service e-mail advertising services for marketers and publishers, announced the acquisition of the Danish Startup Mojn. Mojn, founded in 2009, is a company that onboards client data across channels without Personally Identifiable Information (PII). LiveIntent CEO and Founder Matt Keiser said that “Mojn is years ahead of the rest of the market when it comes to an EU compliant solution for marketing to people, not pixels, without PII. In short, it provides more ways to programmatically connect brands to our 117 mm monthly unique people. For instance, the No Identity Graph will allow LiveIntent to work more effectively with cross-channel and cross-device DSPs like MediaMath, Tapad and Criteo that support persistent IDs. In June LiveIntent raised US $32.5 million in new funding from private-equity firm FTV Capital, with participation from past investors including Battery Ventures, First Round Capital and Shasta Ventures. 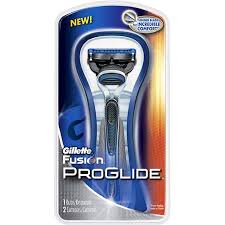 A GILLETTE MINI-GAME. Gameloft Advertising Solutions and Gillette have partnered to promote the Gillette Fusion ProGlide with Flexball Technology through an innovative advertising format: the mini-game. Integrated within Gameloft’s games, this mini-game represents an original way of immersing oneself in the world of Gillette. Players will have 30 seconds to smash the most bricks possible using a ball, all by moving Gillette’s latest Fusion ProGlide Flexball to the left or right – much like the responsiveness of the real razor itself. “Thanks to our creative abilities, we were able to develop a mini-game that fits within the world of Gillette, all while offering our players a fun way to discover the brand,” said François Munck, Director of Business Development at Gameloft.

ZOOMIN.TV NOW DOES ZOOM.IN ARTICLES! Netherland’s based MCN, Zoomin.TV is introducing Zoom.In.Articles, a new product which allows users view videos next to articles on the partner publishers websites. Zoomin.TV guarantees 100% of viewability. The MCN has partnered with advertiser Turismo de Cuba for the launch of the new product.

WHATS APP BANNED FOR 48 HOURS IN BRAZIL: A Brazilian court yesterday ordered telecommunications providers to block all access to the WhatsApp phone-messaging application for 48 hours throughout Brazil, Latin America’s largest country, the Folha de S.Paulo newspaper said in an online report on Wednesday.
Sinditelbrasil, a Brazilian phone company association, said the blockade of the popular text message and Internet voice telephone service for smartphones would go into effect at midnight (0200 GMT Thursday).Brazilian phone companies have sought and failed to get the government to limit use of free voice-over-Internet (VOIP) services offered through WhatsApp, controlled by Facebook Inc . The phone companies say that the free WhatsApp calls undermine their own phone services. 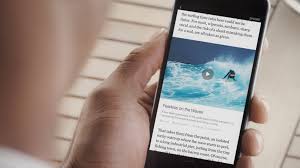 NEW SMART AD SERVER-MEDIAMATH OFFERING. Premium Ad-serving Company Smart AdServer, which has a substantial presence in Latin America and MediaMath announced that they’ll offer “In-App”, a new rich media and deals management tool. Through the MediaMath OPEN platform clients will have access to premium inventory across display, mobile and mobile apps, and will be able to deliver rich media ads programmatically. They will also have some options as to how they buy whether from direct deals, private auctions or guaranteed deals.

GRUPO ABRIL SIGNS PROGRAMMATIC DEAL WITH GOOGLE.Brazilian media company Abril Group, the Pay-TV operator as well as owner of publisher Editora Abril (Veja, Exame, InStyle, Cosmopolita etc.). In a release, the company announced that the partnership will enable projects based on audience data and a new portfolio using automated trading. As a result of the agreement, Abril will be able to offer real-time billboard format for desktop and a fixed top banner for mobile, used with Google’s Programmatic Guaranteed. The deal includes preferred deals, and both open and private auctions. Abril Group will also adopt Google’s Accelerated Mobile Pages, an open-sourced initiative that creates fast-loading webpages.

“PROGRAMATICO LOPEZ” HAS ADVICE FOR YOU! Portada’s new character “Programático López” has put out a Guide on the Latin American Advertising Ecosystem in Spanish. Download the Guide here!