What? Twitter Inc has confidentially submitted a document to the SEC with plans for an initial public offering of stock.
Why it matters: With Twitter going public, the company could have a 40 percent annual growth at a $1 billion annual revenue run rate, according to specialists. 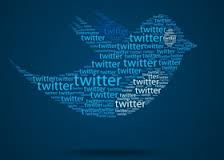 Twitter Inc has filed for an initial public offering with U.S. regulators, the company said yesterday in a tweet.

Goldman Sachs is lead underwriter, a source familiar with the matter said on Thursday, according to Reuters.

Twitter filed for an IPO confidentially under a 2012 law intended to help emerging corporations with less than $1 billion in revenue go public.

Chief Executive Dick Costolo has for years waved off suggestions it intended to go public, saying the company remained flush with cash. Facebook’s mismanaged 2012 debut and subsequent share-price plunge also chilled the consumer-dotcom IPO market. Facebook, however, has clawed its way back to its $38 IPO price in July, and the stock is at a record high after touching $45 this week.

Twitter, which has been valued by private investors at more than $10 billion, should break even this year and is on track for 40 percent annual growth at a $1 billion annual revenue run rate, Max Wolff of Greencrest Capital estimated.

The company makes money by inserting paid, targeted ads that resemble ordinary, user-generated content. Twitter’s success with its advertising model created a new paradigm for mobile advertising and prompted Facebook last year to adopt a similar ad product, called Sponsored Stories. But Twitter was one of the first to prove that in-stream ads could be a viable way to make money in the mobile era.