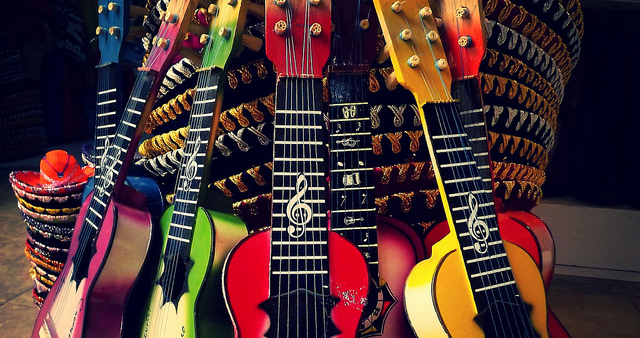 The crucial Role of Mobile Media in Hispanic Music Consumption

Hispanic consumers love music, and they’re more likely than the general U.S. population to use mobile devices. Put those things together and marketers get an emotion-fueled rocket to their hearts and minds. Portada’s Digital Media Correpondent Susan Kuchinskas, on how marketers use music to connect with Hispanic audiences through mobile media.

T-Mobile is telling its subscribers that they never have to stop the music. In June, the mobile carrier announced that its Music Freedom initiative, saying that its Simple Choice plan would exempt streaming music from its data allowances. It also partnered with Rhapsody to introduce unRadio, an ad-free music service. The service is free to Simple Choice customers on its newest unlimited data service, and for a discounted price of $4 per month for other customers.

Between one fourth and one third of T-Mobile’s subscribers are Hispanic, according to Gabriel Torres, vice president and general manager for T-Mobile USA’s Southeast region, and, citing the familiar studies showing that Hispanics over-index on mobile and use more data, he says, “There’s a very good story in terms of why this is relevant for the Hispanic market.” Although he couldn’t provide details of how these services might be marketed specifically to Hispanics, he adds, “The fact that we are bringing this incredible music offering helps us bring our community together at the same time.”

Buying digital music requires one foot in both worlds. SBD radio, for example, can sell radio/event/digital packages — but the company maintains separate budgets for each of them. Some agencies buy digital music through their digital teams and terrestrial radio through that dedicated team. It’s a tricky decision: Digital music is measurable, like other digital media, but it also is more audience-based, like traditional radio.

MEC Bravo doesn’t separate terrestrial radio from web-streams of traditional radio stations from pure-play streaming services. In its work for AT&T, for example, “We see it as a holistic channel and we take a holistic approach,” says Vilma Vale-Brennan, managing partner in MEC Bravo. In the planning stage, this approach entails mixing some oranges with some apples.

The agency’s planners must try to understand the different market penetration of its different distribution partners. The AT&T media plan includes a lot of pure-play streaming providers, especially Pandora and iHeartRadio. The media team uses the services’ data to understand the penetration of Hispanic consumers, and then adds up the ratings on terrestrial radio in order come up with an estimated reach on all devices for a particular campaign.

“Combining those two is where the art comes in,” she says.

Branded stations are a favored way for companies to reach consumers on streaming media services without interrupting their listening with commercials – and, of course, uninterrupted music is a prime selling point to get listeners to the brand’s station.

Another advantage is that, on branded streaming stations, the brand can at least to some extent own some real estate on the device screen; placements might include a banner at the top of the interface or a skin of the entire interface. Sometimes, the deals include sponsorships of live events, as well.

Another reason that branded music stations are so compelling to advertisers is that they offer an extended period of time in which a brand, through curation of the music, can evoke emotion in the listener – emotion that can be transferred to the brand itself.

“Music connects at an emotional level,” says Natalia Borges, vice president of marketing for Batanga Media. Custom stations are “a way we can feature music that speaks to the essence of the brand.” For example, Batanga worked with its editors to create a station to help Latina moms get their babies settled into bed at night. Setting this sweet moment to music not only helped the moms accomplish a crucial nightly task, the music itself also created sweet associations with the Huggies brand, with its own brand essence of sweet.

For Corona Extra’s Fill Your Summer 2014 campaign, Batanga created a station designed to evoke the fun and excitement of summer. Promotion for Batanga custom stations may include home page placement, placement on “hot radios” or “top stations” lists and, depending on the campaign targeting listeners via audio, video or display ads on Batanga’s mobile app.

Close to 90 percent of all music streams from Batanga take place via its mobile app, according to Borges, and clickthrough rates from mobiles, as well as engagement rates, are consistently higher on mobile – as much as 68 percent higher. “Video in any environment performs very well,” Borges says, and so do high-impact units such as interactive ads or full-page ads.

A campaign for McDonalds last year used the interactivity available in mobile ad units to good effect. The brand collaborated with Batanga to create a customized music awards on the platform that let consumers vote for their favorite artists across a variety of genres. A twist added by Batanga was creating the genres based on its own audience data instead of using standard genres. Fans could vote from within the ad unit, so that they did not have to pause their music listening.

MEC Bravo wants to create its own custom station ad unit that it could distribute to different steaming music services, although there are still details, both technical and business, to work out. The music in the channel could be tightly targeted to consumers and, ideally, be highly attractive to the target market. Ads could be included in the channel, so that they’d be native to the user experience, according to Vale-Brennan. This could turn out to be, MEC Bravo hopes, “a seamless, integrated way of capturing their attention in an organic way.”

“We have a better opportunity to leverage relationships [with advertisers], and we can tie in digital with whatever they have going on. Maybe they buy a concert that includes radio but also some digital elements,” Ramirez says.

La Musica is used to run national digital campaigns and local advertising, and it also frequently carries custom stations for brands; a Dunkin Donuts-branded station within the app is just about to launch. Clients can select the type of music to be played according to artists, genres or DJs. The music streams ad-free and the advertiser gets a custom tab on the app that can lead to interactive functions.

For Vida Lexus, the automaker’s Hispanic-oriented lifestyle portal, the sponsored tab included a dealer locator with click-to-call. The stations can also run display ads, as well as one-click connections to the brand’s Facebook page and Twitter feed.

Most mobile music services can’t yet target consumers according to their interests or even registration information. But the importance of musical genre for targeting should not be overlooked. In the case of SBS, its various stations draw in different segments of Hispanic consumers. For example, in Los Angeles, La Raza 97.9 attracts more Spanish-dominant listeners, while Mega 96.3 has a more bilingual listener base. Says Ramirez of the latter listeners, “They’re English-first, but still consuming Latino culture.” And the key to reaching the diverse Hispanic audience, he says, is, “It needs to be in-culture, which is more important that in-Spanish or in-English.”

Indeed, with the wide variety of acculturation levels and language preferences in this market, finding the right messaging and language can be tricky.

“Across acculturation levels, music preferences change,” points out Maria Lopez-Knowles, CMO of Pulpo Media (recently acquired by Entravision). She notes that Pandora is most popular among English-dominant Hispanics. According to Pulpo’s analysis, it’s these bilingual, bicultural, English-dominant Hispanics that are driving mobile adoption and penetration. Their hybridity is reflected in the fact that they listen to English and Spanish music.

Even the most acculturated Hispanics still love Latin music, according to Lopez-Knowles, as well as American pop. She likes to say that, to reach these influencers, you should “speak to them in English, but wink at them in Spanish.” That goes for music selections, as well. When creating custom radio stations, she says, go for Spanglish.

IAC wants it all in the US $2.1 billion online dating business and buys How about We