In today's Sounding Off column Diamarilis Gabriel, Corporate Marketing & Content Manager for RedMas and Jorge Rincon, CEO of RedMas, argue that Hispanics are deeply connected to movies and also to their mobile phones. They claim that mobile phones can be a great marketing tool for movie studio companies trying to reach Hispanics.

There's no secret that Hispanics love watching movies, that they don't go alone and that they go often. That's why more Hollywood studio companies are making sure to advertise on the major Spanish-speaking US media or to include familiar Latino faces or voices into their new releases. But those efforts, although good, aren't enough to grab the Hispanic community attention.

Besides watching the latest block buster action movie, for example, Hispanics are diligent on research what's playing on theaters before getting any tickets. According to a recent survey made by RedMas, there's no better, faster and convenient tool than their mobile phone to do that search. 28% of the respondents use their phone devices to look up about what’s new, what’s good and what’s worth watching on the movie theaters.

The mobile phones can provide a great marketing tool for studio companies trying to reach the Hispanics. 45% of Latinos own a smart-phone and surveys show that they aren’t against to mobile marketing, if done right. Considering that the Hispanic community is a well diverse pot of cultures, mobile marketing can provide a one on one experience and meaningful connection with your audience.

The repurpose of a general market spot or campaign isn’t enough to reach out the always connected Latino population. According to various Nielsen repots, Spanish-language ads and the use of relevant cues -such as Hispanic characters, music and themes- had higher recall and are generally more effective than the reuse of general market promos.

With the Hispanic population so tied up to their mobile devices, should be a no brainer for the Studios to take heed on this. The mobile device can also provide a great visual ad tool with the use of pre-rolls, interstitials or mini VDOs for movie trailers or video promotions. Hispanics are watching less traditional TV and more online videos according to surveys. So it’s most probably that ‘Christian Perez’ would watch the latest ‘Fast & Furious 5 &frac12;’ trailer from their Android phone than from their TV. And not only watch it, but also look for the release date, actors and more.

Mobile Marketing Strategy: A Plus

After watching the crisscrossing, jumping and turning of the cars on ‘Fast and Furious 5 1/2’, ‘Christian’ has their social network known about it. He twitted about how cool the movie was and that his planning to watch it again with a few more friends.

This hypothetical story serves to show up how the studio companies can also benefit from the immediacy and the reaction to their releases. The RedMas survey also showed that Latinos make sure to give their 'Like' thumbs up after a good time at the movie theater. Although the traditional word of mouth is mostly used, at least 25% reported using Facebook to recommend movies.

There’s no doubt that Hispanics are heavy moviegoers with 64% of respondents to the RedMas survey go to the movies at least once a month with 26% going every week. Not only should a bilingual advertising strategy be considered but also a multi-channel one, where the mobile marketing  plays a major roll. The Hispanic community has shown that they master the use of the mobile devices in all ranges: from search to social networking. A mobile marketing strategy will be crucial for the optimization of any marketing effort and the engagement with the targeted audience.

Jorge Rincón is a recognized digital media- mobile content industry veteran and entrepreneur. In his most recent venture, Rincon is the CEO of RedMas. 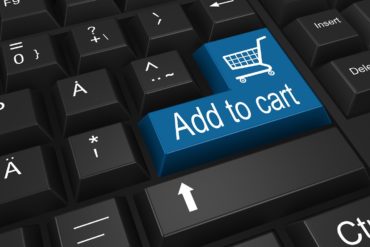