What: Liz Saracheck-Blacker leaves Terra as CRO and Emilia Peña is appointed director of sales.
Why it matters: Terra is also expanding its programmatic team with new hires. 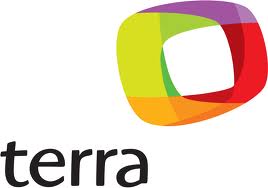 Terra has announced that Liz Sarachek Blacker, who has served as Chief Revenue Officer for Terra for more than three years is leaving the company “to pursue a new opportunity”. Emilia Peña has been named director of sales and also Luciano Islas joins Terra as Senior Programmatic Sales Manager in the U.S.

Peña has more than 18 years of experience and has previously worked for MTV, A&E, USA Networks and Telemundo. As the new Director of Sales for Terra in the U.S., Peña will be in charge of commercial opportunities for Terra at the pan-regional level, including U.S. Hispanics and Latin America, from Miami.

“This is an exciting time for us at Terra, in that we welcome with open arms the talented Emilia Peña to our growing team, and look forward to the great initiatives both she and the programmatic team will lead in 2014 and beyond,” said Gerardo Adame, General Manager for Terra in North America. “We thank Liz for her significant contributions to our company, appreciate her assistance in making this a smooth transition and wish her the best in her future endeavor.”