Domino’s Pizza is launching its new Spanish-language ordering app for smartphones, available immediately. With this update to its current app, Domino’s currently covers more than 80 percent of smartphones, and will now offer a language alternative for Hispanic consumers.The app, and its Spanish-language update, join an already strong mobile ordering lineup that features the English version for the Apple iPhone®, Android phones and Amazon’s Kindle Fire®, along with a full-feature mobile ordering site at http://mobile.dominos.com . The new app allows Spanish-speaking customers the ability to order from nearly every Domino’s store in the U.S. from the palm of their hand and with just a few taps on their screens. Que bien! “We are committed to making sure we’re connecting with all our customers wherever they are,” said Russell Weiner, Domino’s Pizza chief marketing officer. “Now, that means providing Spanish-speaking users with the convenience of ordering from their mobile devices in a language that they are most comfortable with.” 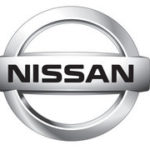 Hipcricket, a one-stop mobile marketing and advertising subsidiary of Augme® Technologies, Inc, announced that it has teamed with Nissan and its advertising agency, Team Ignition, to power a national mobile advertising campaign. The Spanish-language campaign utilizes mobile banner ads, mobile video ads, rich media, plus tablet-specific ads to reach the Hispanic audience on their mobile devices and drive them to a custom built Nissan mobile web site. Built by Hipcricket, the Nissan mobile website engages visitors with various car model-specific sub-sites. The sites include photos, videos and information about each car model to garner awareness, leads and brochure procurement. In addition to employing multiple mobile touchpoints, the campaign is also integrated with social media channels including Facebook, Twitter and Pinterest to maximize consumer engagement. By coupling media with the custom built landing page all served by one technology, Hipcricket and Team Ignition gain insight and optimization capabilities far beyond the click into the actual consumer interaction with the site. All of the data and analysis is within the Hipcricket platform, eliminating the need for multiple reports, separate outside vendors or technology – a struggle so many media planners face today. The Nissan Hispanic mobile advertising campaign ran across Hipcricket’s auto, news, sports, beauty, fashion, lifestyle and social channels.
Heineken
Heineken, the official beer of the XIII Annual Latin GRAMMY Awards® is partnering with Univision Communications Inc., and The Latin Recording Academy® to open a world of extraordinary Latin music experiences via on-air and online channels as well as on-site during the week of the Latin GRAMMY Awards. In its 13th year of sponsorship, Heineken will bring the unexpected side of the Latin GRAMMY Awards by providing consumers with exclusive content of the many events that will take place in Las Vegas, Los Angeles and Brooklyn.”At Heineken, we celebrate Hispanic culture by enabling our consumers with unique and unexpected experiences. Our sponsorship and programming surrounding the Latin GRAMMY® Awards exemplifies the Heineken brand promise,” said Pattie Falch, Brand Director, Heineken Sponsorships & Activation.
California Milk Processor Board/ GOT Milk/Girls Scouts 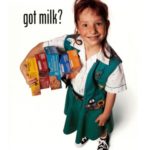 In 1997, an adorable 10-year-old Girl Scout named Megan Weber made an impression on Californians with her iconic uniform and an armful of cookie boxes on a memorable print campaign, provoking the question, “GOT MILK?” To commemorate this moment in time and the partnership established 15 years ago between the California Milk Processor Board (CMPB), the creator of GOT MILK?, and the Girl Scouts in California, the organizations announced today a search for three lucky Girl Scouts in the Golden State to be the stars of a new GOT MILK? print campaign. All that registered members have to do is submit a photo showing how Girl Scouts and milk are helping them become strong, healthy and confident young women.

Head & Shoulders
Head & Shoulders announced that Lionel (Leo) Messi, beloved Argentinean soccer player, is appearing in a series of ads designed specifically to reach U.S. Hispanic males. Messi’s charisma, talent and confidence on the field where a natural fit for Head & Shoulders as the brand continues to connect with fans via their passion for sports and seeks to speak to the ever-growing Hispanic market. The worldwide-sports star joins a distinguished roster of U.S. all-star athletes including Troy Polamalu from the Pittsburgh Steelers, Joe Mauer from the Minnesota Twins, and most recently, the most decorated Olympian, Michael Phelps. The three time FIFA world player has been a fan of the brand for years. “The fact that Leo is a fan of Head & Shoulders, and now our ambassador, gives us a tremendous opportunity to be able to create a personal connection with our Hispanic male consumers,” said Michael Saabia, Brand Manager. Throughout the campaign in the U.S., Messi will be promoting the line Refresh for Men through TV and online ads. In addition, Messi’s fans will be able to obtain up-to-the-minute sports stats and photos of the athlete through the newly redesigned Facebook tab, www.HombreMVP.com. The ads were created by Dallas-based Dieste and join a series of ads in Latin America featuring the star since July of this year.
Toyota Southern California
US Latino broadcast network Estrella TV has launched a combined advertising-promotion campaign on behalf of Toyota of Southern California that will award a Toyota truck (Tundra) – all decked out by popular singer Gerardo Ortiz, hailed as the phenomenon of the Regional Mexican genre, to a lucky Estrella TV viewer. The campaign combines Estrella TV and the network’s website with network spots and fun website content starring Ortiz as he selects ‘tricked out’ components for the truck that was given away in a special ceremony event on Sunday November 4. The campaign was created and developed jointly by Toyota’s Hispanic ad agency Castells together with client Toyota and the advertising/marketing team at Estrella TV.
Wendy’s
Wendy’s kicked off its “Wendy’s Secret Sandwich” contest this week, which includes a grand prize trip for two to see reggaeton and pop Latino musician Tito El Bambino in concert. “Celebrating our fans’ passion for good flavor and good music, we’re inviting them to guess the ingredients of the Wendy’s Secret Sandwich and win a trip to one of Puerto Rican sensation Tito El Bambino’s concerts,” Jesus Valdez, Wendy’s director, Brand Management for U.S. Hispanic Markets, said in a press release. “Like all of Wendy’s products, this sandwich will have the flavorful, quality ingredients our customers have come to expect of our offerings.” During Wendy’s Q2 earnings call, CEO Emil Brolick said one of the company’s initiatives is to increase a presence with the Hispanic demographic. “We have a major opportunity to increase our relevance among Hispanic consumers. It’s an important sales opportunity,” Brolick said.